Ben might only be 29, but he is much, much older than that in his heart of hearts.


Untitled from sarah on Vimeo.

Soon after the ultimate dad threat, Harry got sick of us and our bickering and put a blanket over his head so he could go to sleep. 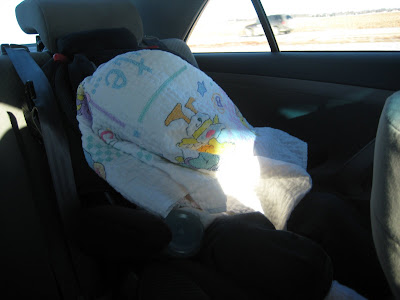 He woke up very crabby 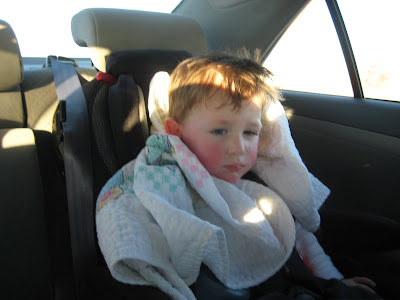 Ringing in the New Year at my parents' house, where we continued 2008's gluttony fest and opened more gifts 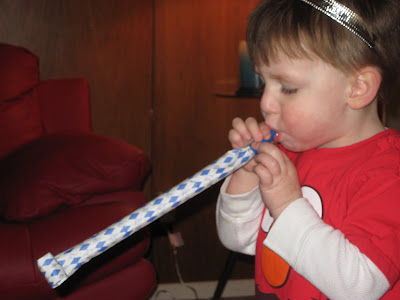 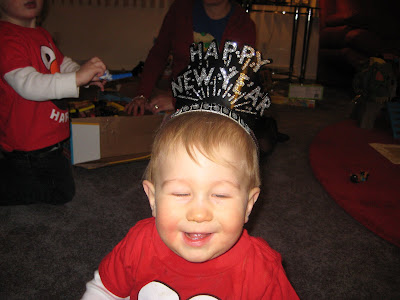 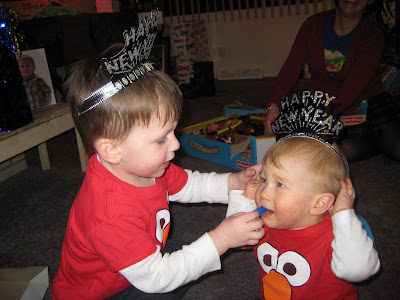 Harry stayed up later than he ever has before-- but he looks way more awake than his parents. 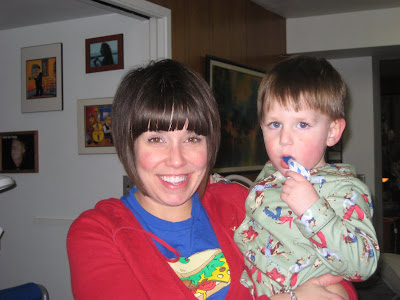 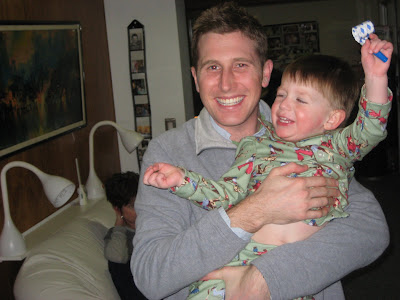 Harry demanded a hot breakfast, and he offered his help. Wondering what those tongs have to do with making pancakes? So did we. 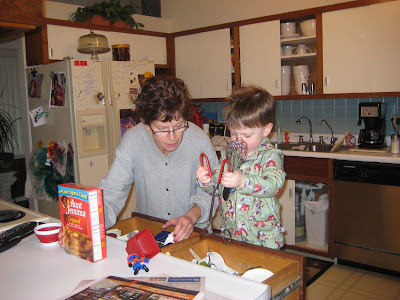 Ben and I spent a cozy hour with Katie, Hani, and beautiful little Leila. I was too busy holding her and smelling her (newborns smell delightful) to take any pictures except this one as we were leaving-- right after she let loose with one of those surprisingly explosive newborn poops and we all asked each other where the heck the seeds come from 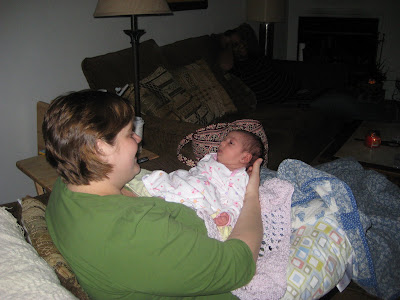 The weather in Pekin was amazing-- 40-ish degrees and sunny, no snow on the ground. My dad and I took the boys to visit my mom at work, and then we went to a cute little park and checked out the Illinois river. Then we went to Steak n Shake for lunch, where Harry noticed a morbidly obese woman struggling into her coat and gleefully exclaimed, "Look! There's a giant!" Believe it or not, this was not the most embarrassing thing ever screamed by a toddler my dad and I lunched with at Steak n Shake. When he was younger than Harry, my bother Jon upended a bowl of chili mac on his head and screamed "Look at me, you assholes!" In spite of all that, I really love Steak n Shake-- my only problem with living my life permanently in our current city is that the nearest Steak n Shake is like an hour away. Also, there's no Dunkin Donuts here. 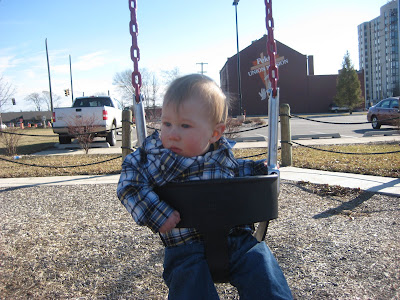 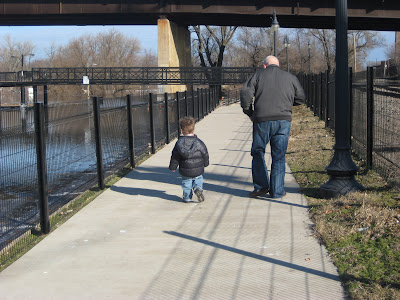 We hit another park after Jack's afternoon nap, and this time we put a coat on the baby, for goodness sake. Also, Jack remembered that he did, indeed, like to swing. 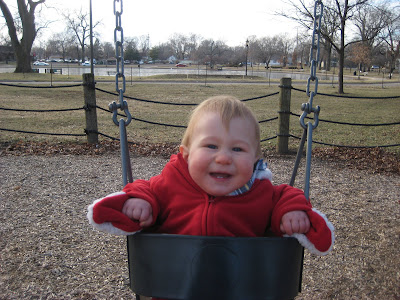 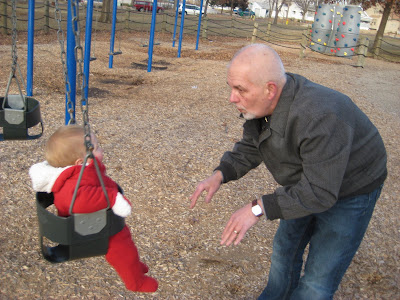 Harry was Spiderman rescuing his grandpa from too small playground equipment 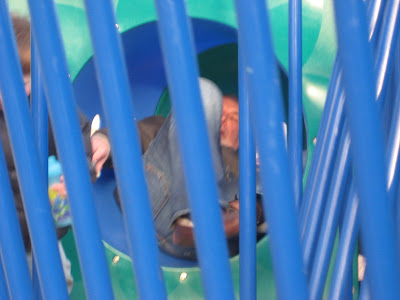 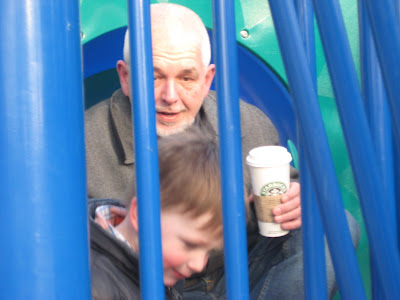 We had a lovely time and now have more toys than most daycare centers.

It's a bummer to start "working" again -- I put that in quotes because I have part time babysitting for the next 2 weeks so that I can get my classes ready and finish up (by which I mean start) chapter 2 revisions. Hope you all had a fabulous 2008 and are as excited about '09 as we are. Ben says his New Year's resolution for 2009 is no babies-- no making them and no having them. I'm gong to try to work out more(not sure what this means exactly-- more days? I already do 5. Or more time? Not sure about this one either-- where will I get the time?) and be nicer to Ben-- I should probably do something about all the procrastination, too. And I will. Real soon.
Posted by Sarah at 9:09 AM

wonderful, wonderful, butr the picture of your mother I thought was me....Bomma

I love the picture of Harry trying to get Jack to blow in the noise maker - luckily it looks like Jack is not at all interested in that just yet...

Hey, Ben and I have the same resolutions! No mo babies. Looks like tons of fun. I heart your dad on the playground with the Starbucks cup. Of course you need something warm when you live someplace where you consider 40 degrees to be "amazing weather". Too funny.

Thanks for the no make-up, first thing in the morning picture! Bomma looks TONS better than that! I pointed it out to Gary, and he said, "Well, that's the way it was." I let him know that I have no objection to that, I just wish EVERYONE who reads the blog didn't see it!

Mom-- we didn't have any other pictures of you!!! And I think you look cute making 'cakes with Harry