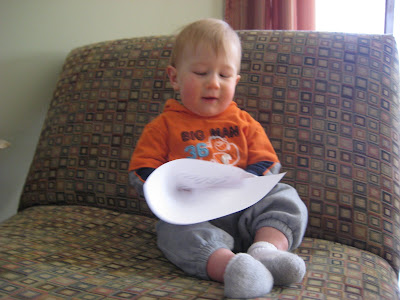 Jack's 9 months old today, which means I should have lost all that baby weight by now. Hmpf. Also, he's not much for sitting still with a sign. 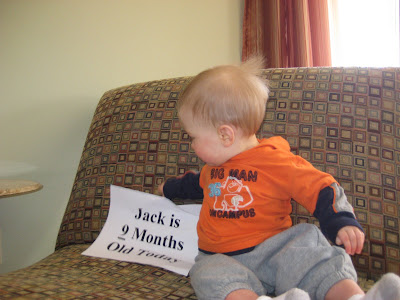 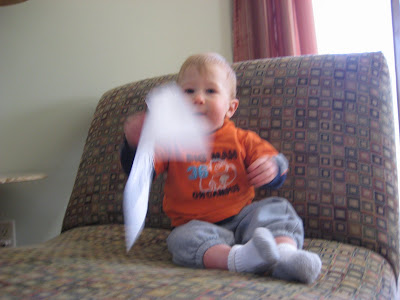 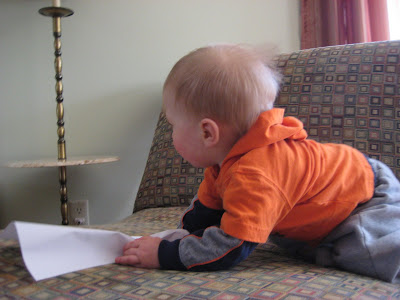 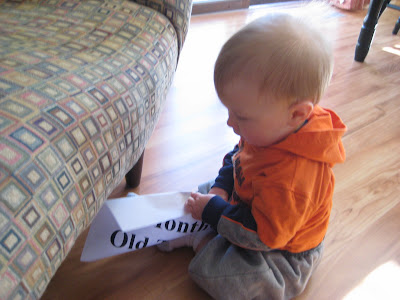 This is the face Harry makes when you ask him to smile. 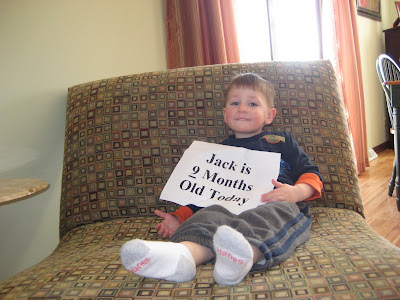 Well at least you can read the sign this way. 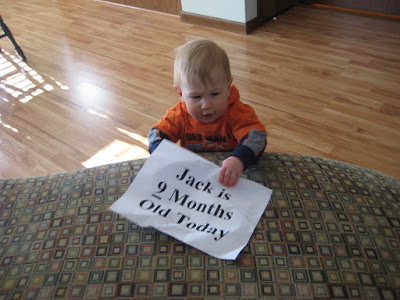 Jack fell down and hit his head like 8 times before I noticed that his socks had no treads. 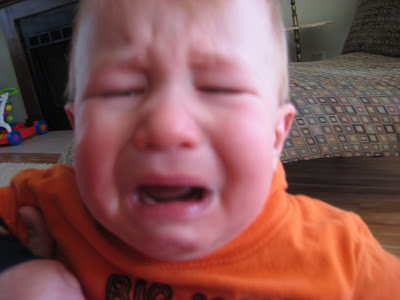 So we put on some shoes 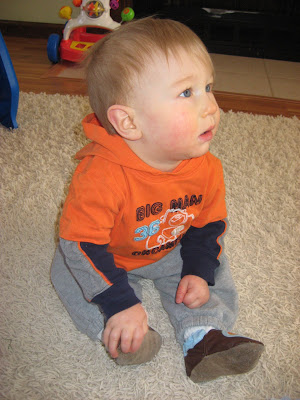 Then e and Harry spent some super fun time playing under the table. 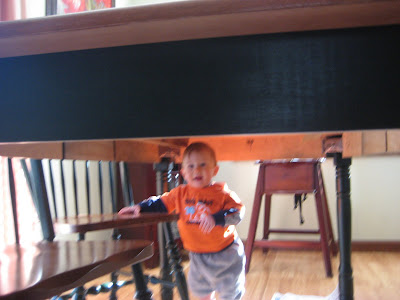 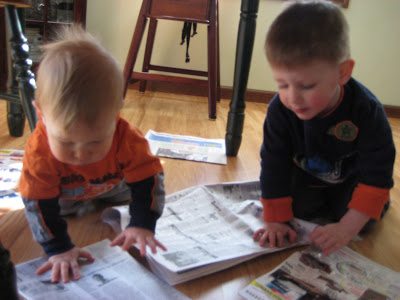 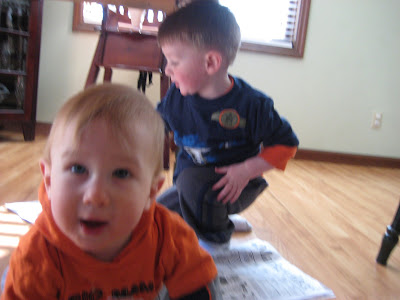 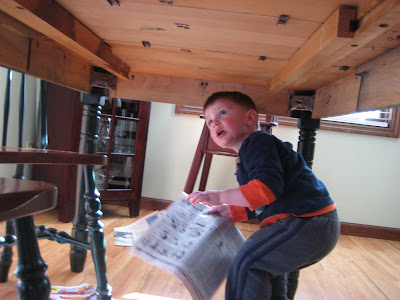 Under the table time? The most exciting thing we did today. It is so freaking cold here that the kids have not been out of the house all week. Well, Jack went to Little Gym, but Harry has been a total hermit. We've eaten a lot of conversation hearts

And apparently, we've watched a lot of TV because Harry can tell you all about the US Airways flight that landed in the Hudson. Here he is talking about it, actually: (he's really preoccupied with the human interest angle-- he's all about the pilot making a cell phone call to his wife, as you can see)

Untitled from sarah on Vimeo.
Posted by Sarah at 8:14 PM

That is the greatest story ever told!

Awesome. Tell Harry I can't get over that story either! So cool. I love the way he says Statue of Liberty!

I love Harry holding the sign for Jack. He seems a lot more willing!

And Harry is also a great story teller!

please thank Harry for explaining what happened at the airplane ditching..he really knows the news. Bomma

omg, that is hysterical. i think harry is a news anchor in the making!

This is an excellent version of the incident! Thanks to Harry for explaining it!

That might be the most adorable thing I have ever seen. An extemper in the making? Hope to see you guys soon!