I am about 90% DONE with my Hanukkah shopping!  This is YUGE for me in October.  I have also gone out of my way to snatch up stocking stuffers and gifts for extended family when I see them instead of waiting until the December rush.  December me is going to be THRILLED, but, as you can tell from the caps and the exclamation points, October me is also pretty effing stoked.

It got C O L D here this weekend, and I LOVED it. We had the coziest weekend I could possibly imagine with lots of baking and cooking and general togetherness.  My one complaint is that it was too wet to have a fire either night and also that The Righteous Gemstones is over.  What will I do without that delight half hour of full frontal nudity every Sunday night?

First grade!  Not tool old for a themed Thanksgiving jumper, but old enough to choose her own book from the school library and read it.  Is anything in this entire planet better than a first-grader? 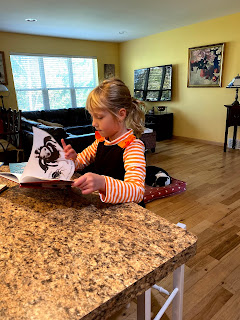 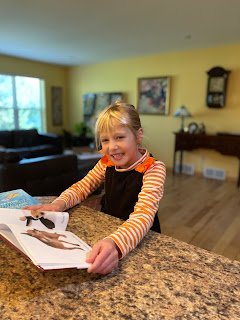 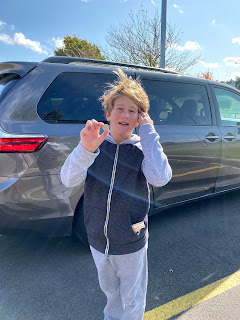 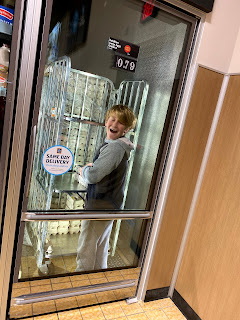 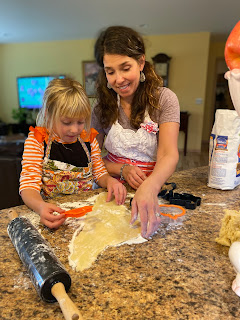 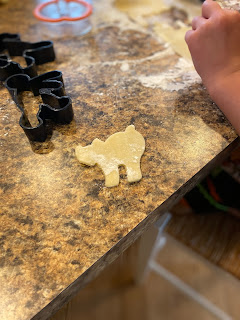 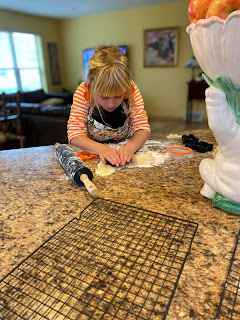 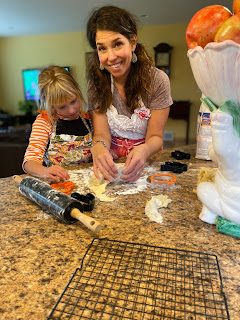 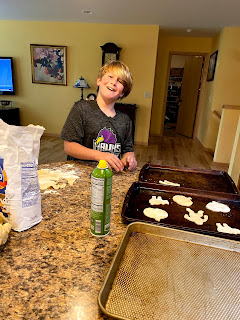 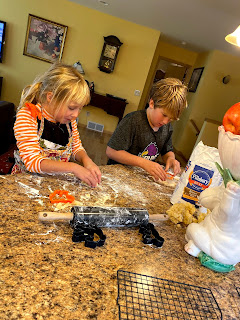 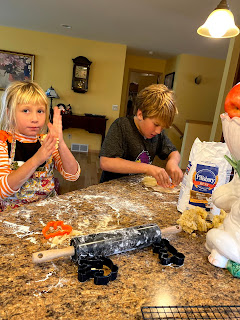 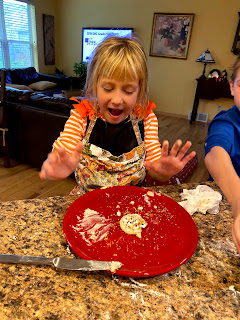 Also!  I made my grandpa's spaghetti sauce and dough in the bread machine, and we had THE BEST Saturday night pizzas. 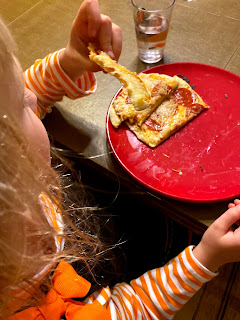 We also watched Sky High and shared some giant apples. 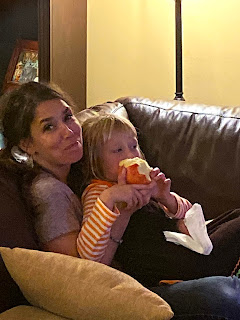 Ellen Tebbits! As good as I remembered. 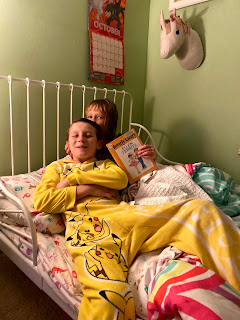 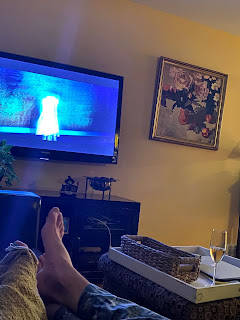 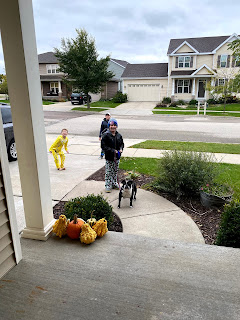 Cooper and I turned the rest of the spaghetti sauce into stuffed shells, which were a major crowd pleaser. 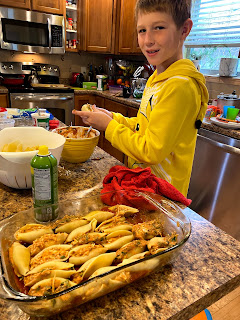 And Cooper liked the shells, the sausage, and the sauce, but he needed to eat them all seaprately. 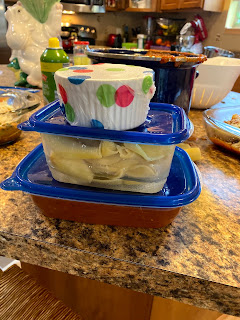 Dorothy and I also used the bread machine to make a load of French bread, as long as we dragged the machine up from the basement. 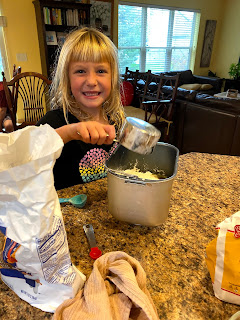 All of the boys (and Beatrix) watched Shaun of the Dead, which is really not appropriate for Cooper, but damn it's funny. 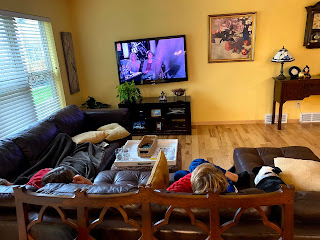 And there you have it-- a super cozy weekend.  Next weekend is supposed to be warmer, so we hope to go to our favorite pumpkin patch to eat donuts get pumpkins, but!  If it doesn't warm up, we are just getting them from Whole Foods where we can at least snap pics on bales of organic hay.
Posted by Sarah at 10:31 AM

We are LOVING Righteous Gemstones! I crack up every time the nudity warning means a middle age flaccid penis. Smash the patriarchy!