Friday family movie night is a THING for us, and we haven't screwed it up yet, and all of the kids ask about it and just expect it on Friday and YAY FOR US because consistency is NOT usually our thing.  So far, we have watched Power Rangers, Lego Ninjago, Beauty and the Beast, and this week RV, which I selected pretty much at random from a list of on-demand movies on Showtime and the kids LOVED it.  I also grabbed super greasy pizza on the way home from gymnastics and swung by the ball park to pick up 75% of the kids. They watched the movie with me until Ben and the other kid came home, and then I escaped to margaritas and gossip with a friend.  50/50, you guys.  And actually?  RV was their favorite movie so far.  Ha!  (It's also the only one I didn't pay for in some form, unless you count the monthly cable bill which I don't because I don't even like to THINK about the cable bill.) 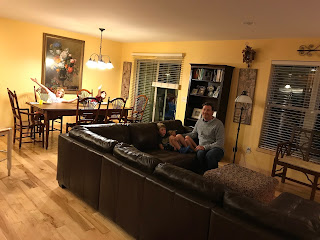 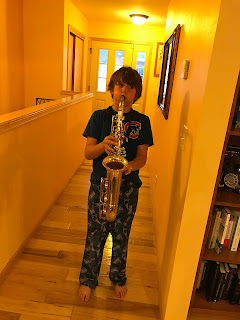 Clothes in Cooper's closet or dresser that did not fit Cooper or meet his super strict how-shit-feels-on-his-body requirements. (I did not throw them away-- just stashed them in bags in the basement).  Also, any room I made by cleaning stuff out was made up for by the amount of stuff that Ben brought upstairs for Cooper from Jack's closet.  Yowza. 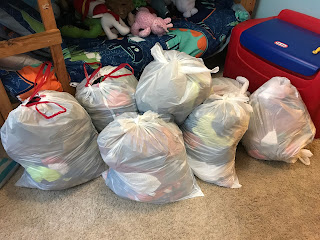 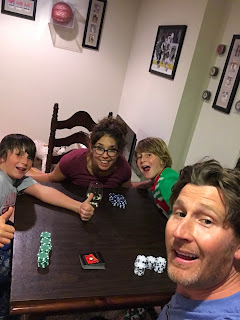 Oh my gosh, this was so cute.  I took the kids for donuts and called Beatrix and Harry up front to take a selfie on our way in, and they obliged. 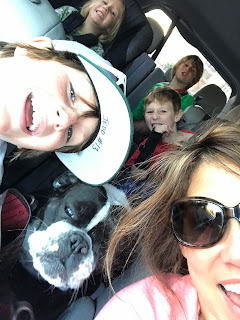 Beatrix was especially happy to come out with us which makes me think we should take her places more often. 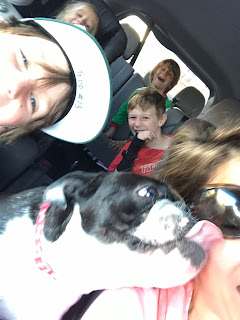 Except she was too nervous to stay in the car by herself, so Harry had to stand out with her. 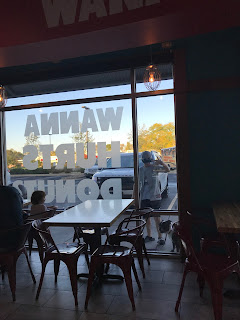 We celebrated a friend's 40th birthday at our favorite low key local brewery.  It was noon on the most gorgeous Sunday in the history of Sundays, and the place just opened, and our rowdy crew was the only crew there.  SO PERFECT.  Dorothy dressed for the occasion. 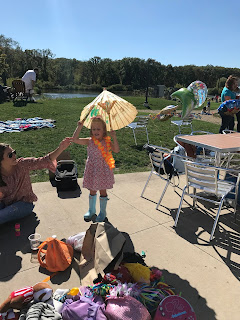 Doing intermittent fasting and breaking fast with a beer for lunch is great, BTW.  I should write a diet book. 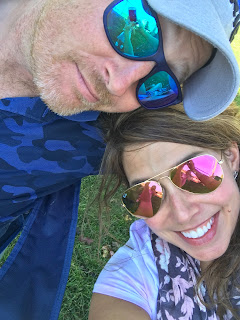 We spent the whole Sunday outside, going straight from the party to Jack's last game of the fall season.  Ah, October's bright blue weather. 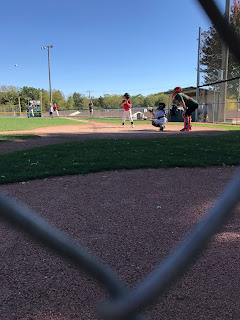 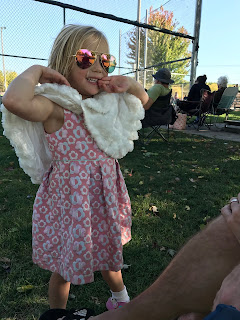 The kids and I played Spot It to pass the time.  I love that game. 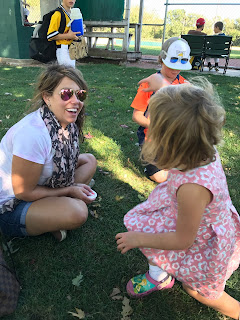 I have for sure created a monster.  Every morning after she gets dressed, Dorothy needs to pose for a picture. 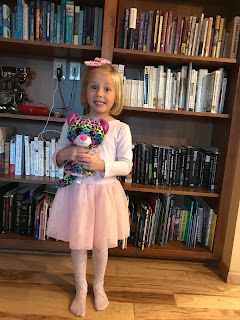 The “FABULOUS “ Dorothy picture has one of those odd perspective situations where it looks like the man in a green shirt has an elasta-arm that is touching Dorothy’s face. LOL