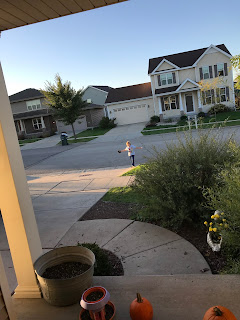 Jack, above, joyfully playing outside before school.  I love that he plays with friends every morning and runs across the street when he hears the bell ring.  This is exactly what I envisioned would be the awesomest part of living across the street from a school.

Yesterday, Dorothy needed 3 vaccines (2 and a flu shot), and Cooper had to get a flu shot and it was SUPER DRAMATIC.  Dorothy SCREAMED at the top of her lungs and almost threw up from crying.  Cooper tried to be brave, but he cried, too.  IT WAS HELLISH.

So, we went to McDonald's.  PARENT OF THE YEAR right here.  But actually?  If you want to bribe your kid with McDonalds right now?  It's a good time to do it because they have both My Little Pony AND Rescue Bots. 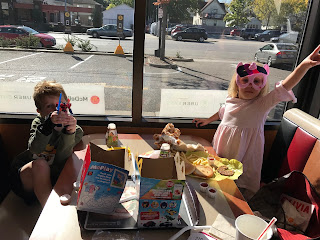 Dorothy pretty much kept that mask on for the rest of the day, which was also awesome to behold. 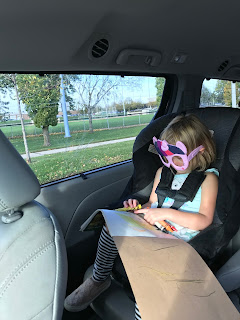 When Harry and Jack got home from school, we took them to get shots, too, and neither of them flinched.  So, in a few years, flu shot season will be NBD.  Also, if you see Ben, SHAME HIM because the entire rest of the house got our shots.

We celebrated with a round of Blizzards. 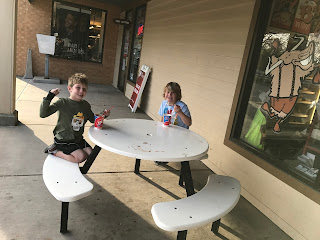 Then Ben got to take the boys to gymnastics, and I took Dorothy over to her school to paint pumpkins.  SO FUN. 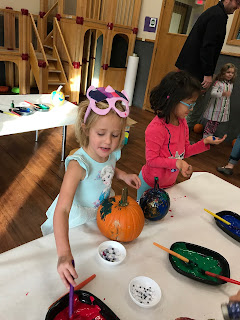 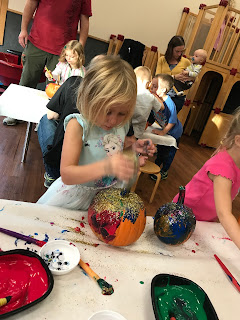 And she took the whole thing totally seriously. 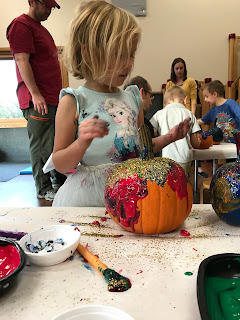 This was her "I ran out of glitter" face. 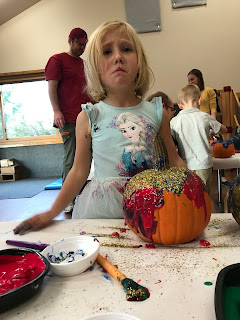 Luckily, since the pain is washable, this baby is an INSIDE PUMPKIN. 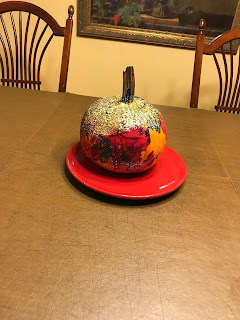 How cute are Cooper and Beatrix passed out together on the couch?

Yesterday began cute with Jack playing outside and ended cute with a boy and his dog and his book. And then!  Harry got dressed in 3 layers of Cubs pride this morning plus a hat, meaning today started cute as well.  And THIS is why I had so many kids. 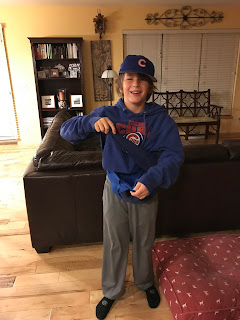 Please don't take this wrong, it is not criticism. I don't want you to ever fix this typo:
"Luckily, since the pain is washable..."
Usually it's your kids that make this lurker crack up, but today the points go to your keyboard! Thanks!