And just like that, we were struck down by a terrible stomach flu.

Harrison was first.  He stayed home from school complaining of a "belly ache" and assuring us he was't playing "Wookie," but he only threw up once and his main complaint was that his burps tasted like Cheerios even though he hadn't eaten any Cheerios.

Jack was next.  He woke Harry up in the middle of the night by vomiting all over him.  Oops.  He avoided all food for the next 36 hours and puked on and off all night long.

Then came Cooper, who never threw up but has been sick for days if you know what I mean.

Ben, who handled the majority of the bunk bed splatter clean up, fell the day after Jack, and it wasn't pretty.  He was much braver than I, however.

I started throwing up on Friday night and didn't get out of bed until Sunday morning because that is how I roll when I am sick. The good news is I will never eat cookie dough again; I have lost 4 pounds, and I am still not interested in eating.  I feel like I have transcended food.  My Hunter boots fit my calves again.  Stomach flu can be lovely.

My parents came in to see baby Henry, and we canceled a friends weekend in Milwaukee to see the fam, but then I spent the whole weekend so sick I thought I would maybe never get better (I get a little dramatic when sick), so we barely saw them.

They are going to Mexico this weekend for a week (so do not want stomach flu, obvi), and even though we just got back from Florida a month ago, I NEED another vacation.

This winter is very wintery. 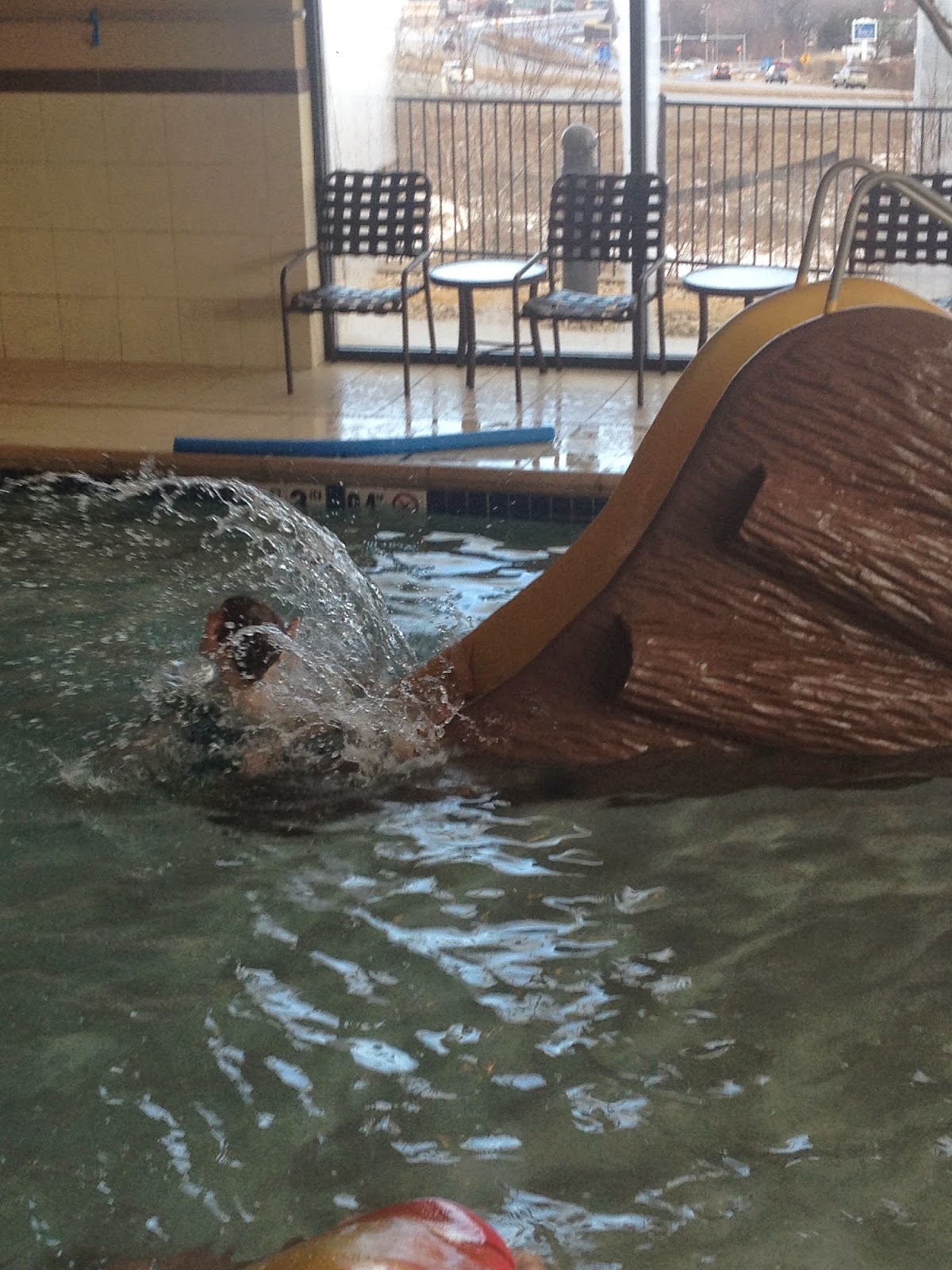 Ugh. I hope everyone's on the mend! Though I'm to the point I'm a little envious of the plagues for the weightloss and forced rest. Not so much the family of stomach issues...

It's apparent you've been incredibly ill because there's only one picture and it doesn't feature a smiling child. Did Dorothy get it too or is she the warrior princess?

Who's keeping the kids while you're in Mexico?