Today we ventured to Iowa to have Thanksgiving dinner with my grandparents, parents, brothers, aunt, uncles, and cousins. It was awesome and delicious and hilarious-- you know, pretty much the perfect Thanksgiving. The food was amazing; everyone was really freaking funny, and I drank a ton of wine. Ben and I even kicked some euchre ass. My pictures, though, are not totally awesome because I was too busy having fun. But still, I took a few.


Harry woke up at the crack of dawn excited to wear his tie. 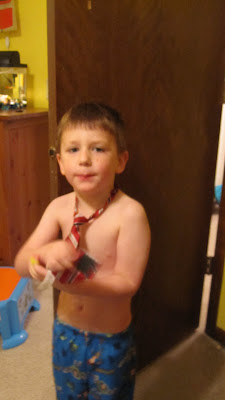 The 4.5 hour drive did not feel as long as it was-- a rarity for sure. 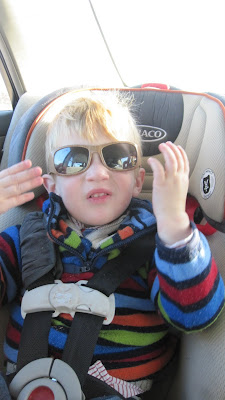 As soon as we got there, the boys enjoyed a healthy candy snack. 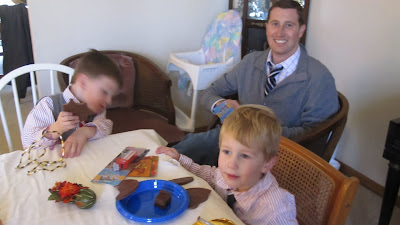 My dad was super animated 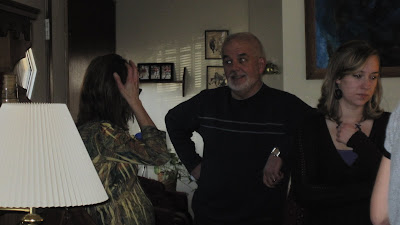 Harry had so much fun playing with my cousins and their Nintendo DS. They also all played with my mom's iPad and Harry's Leapster-- it was pretty adorable. 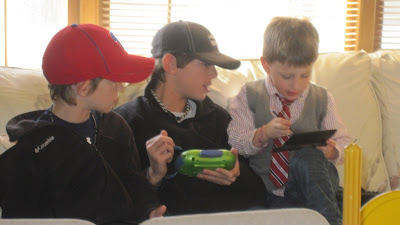 Jack got in some quality bed jumping time 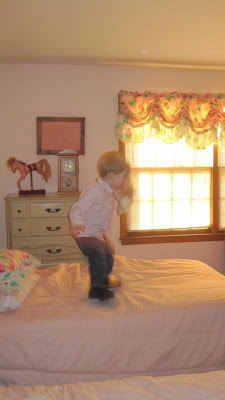 For the first time in recent memory, Ben and I were relegated to the kid table, but I didn't even hold a grudge. I took a couple of pictures, but I was distracted by the food nom-nom-nom.
Kid table: 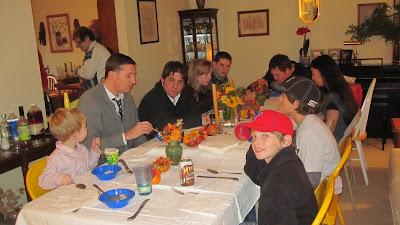 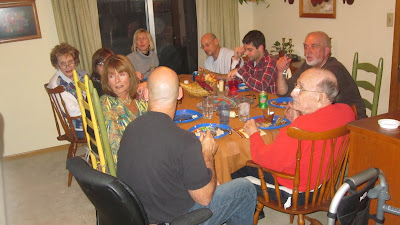 Ben was putting Jack to bed in the bedroom of our hotel room, and Harry was sitting beside me munching on Bunny crackers and watching King of the Hill because it was the only cartoon on. One minute, he was watching and eating, the next minute, he was this: 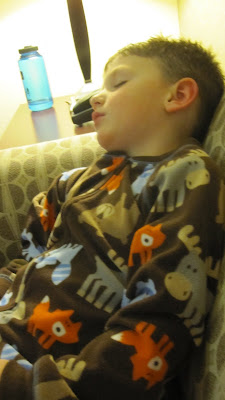 I hope to join him soon. (Like literally join him and Jack in their king-size bed because this couch that we're on right now? So not big enough for two. Might not be big enough for one, even. Lucky, lucky Ben).
Posted by Sarah at 9:36 PM

It really was a Thanksgiving of memories...I was so proud of the whole family, and Grandpa Jack and I were smiling all day long..Bomma

Looks like a great time!! I didn't take ONE picture of my kids all dressed up. Not sure what I was thinking.