Okay, click on the picture below and when you embiggen it, look at the framed picture on the wall behind my grandpa-- a cartoon drawing of a guy on his ham radio (supposed to be my grandpa-- was drawn by a friend years ago) 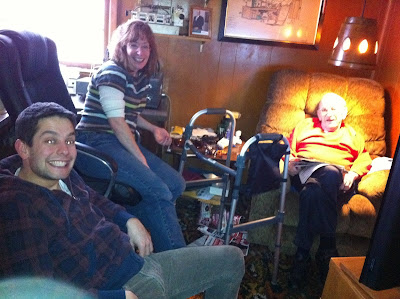 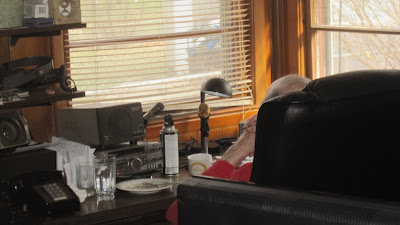 This morning we went back to my grandparents house and descended upon the leftovers like wild dogs. Jon poached a bunch of eggs for him and Ben and then ate so much chopped liver he said when he takes a shower, water will bead right off of him. He's shiny like a seal. 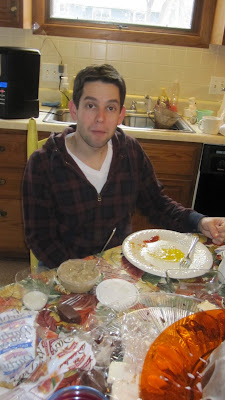 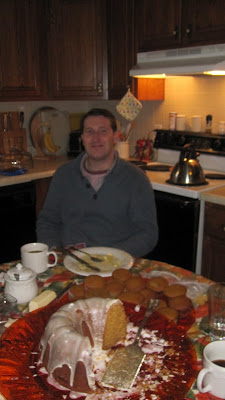 I saved my wild dog eating skillz for this spiced pumpkin cake with lemon glaze-- delish, if I do say so myself. And I do. 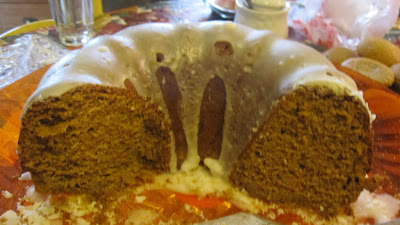 My dad went for the egg sandwich. 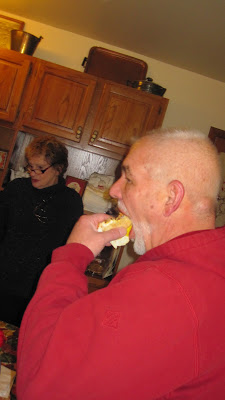 And really, I should not say "wild dog" because Huntley, the only dog in attendance, was quite dainty and patient (and he and my dad make the same faces- ha!) 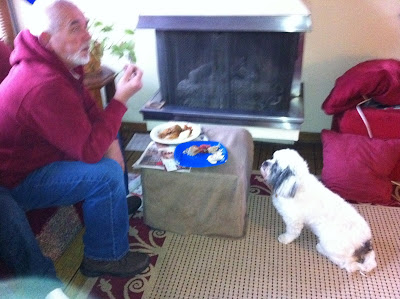 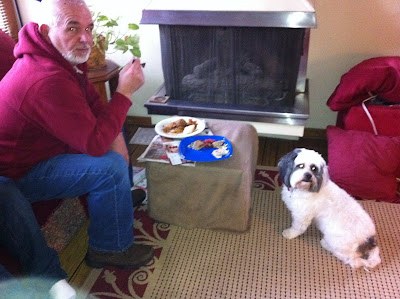 The was much more general eating and laughing today 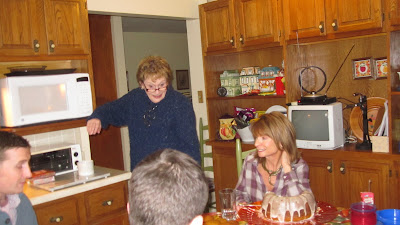 Harry and Jack had the most fun ever playing with my aunt and my cousin at their house. This morning, my aunt offered to switch cars with us and take the kids over to play, and Ben and I got their shit out to the car so fast her head was spinning. When we came over to get them kind of a rudely long time later, she was feeding them a lovely lunch. WIN! WIN! WIN! Jack said his favorite person to hang out with was "Aunt Boo." Pretty cute. 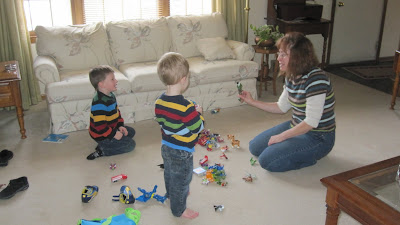 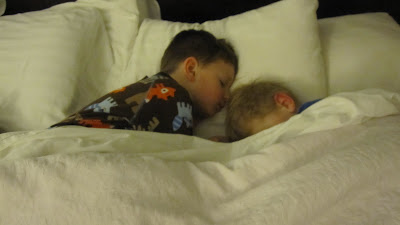 But J woke up at an ungodly hour and demanded breakfast at the hotel restaurant, of which he ate 3 bites max. 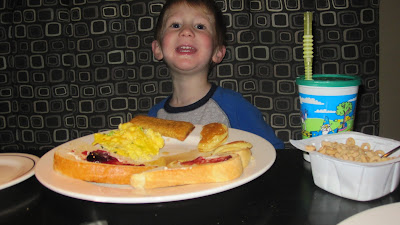 And, randomly, here he is passed out with a green donut (thanks dad) on the way home 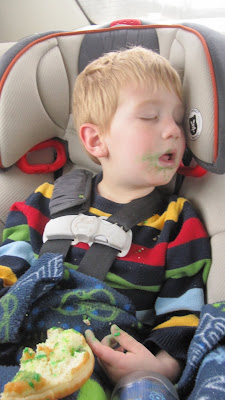 Oh, look at them sleeping in the bed together!! So, so sweet.

love you guys so much! Can't wait to see you again. Boo

I really think this Thanksgiving will make the best memories ever!..what wonder ful progeny we have...Bomma