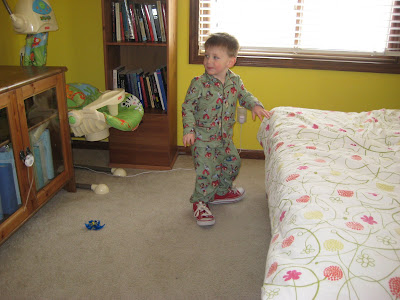 Harry's random fever seems to be a onetime thing (we hope), which is good because we so did not want to make another trip to the pediatrician only to hear that it's just a virus. As you can see, he still loves to model my shoes. How awesome does that baby swing look all jammed in that too-small corner? We'd take it out of the room, but Jack sleeps with the lullaby rainforest music playing all night long.

Ben and I stayed up until midnight last night (and it wasn't even New Year's Eve) because for the first time in years, we weren't tired because our kids actually SLEEP. (And then Jack woke up at 3 screaming. Ben thought it was Harry playing his recorder, and I had a dream about an air strike. We did not go comfort Jack because we are giant cry-it-outing assholes, and he went back to sleep and slept until I got in the shower at 7-ish and woke him up by daring to run water in the bathroom that is connected to what used to be my bedroom. I almost brought him a bottle and slept with him, but in my 3 a.m. stupor, I could not figure out how to make a bottle, so I dumped a bunch of formula on the counter and then stumbled back to bed-- and by bed, I mean the couch).

This morning, Jack and I had our first conversation. I was changing his pants, and he said very quietly, "Baba?" I babbled back to him, and we played with some of the chokey little toys Harry had dumped around the room. Then Jack put down the Diego figure he'd been gumming, put his hand on my arm, and said a little more firmly, "Baba?"

He smiled, ducked his head, and bleated, "Yeaaaaaahhhhhh." Then he chugged 8 ounces so fast it would make his future frat self proud.

Jack is a very long baby, and that drawer that he is opening? Full of dangerous products. 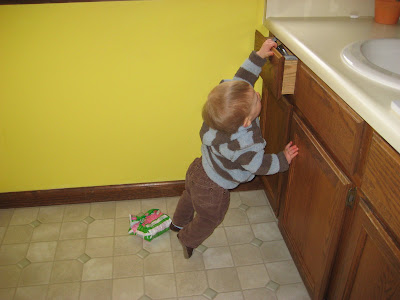 Luckily he abandoned my wrinkle creams and went back to having the best time ever with some feminine hygiene products. 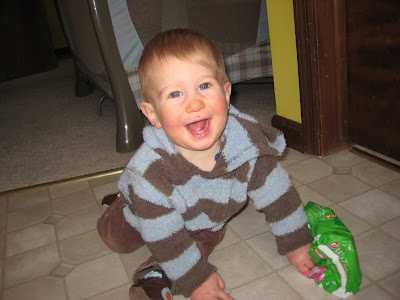 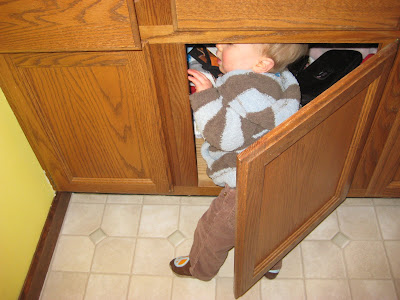 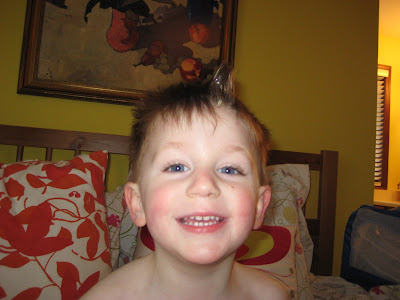 Sometimes, Ben and I ask ask ourselves what the eff were we thinking having these two kids so close together? But then we look at Jack, who is just such a squishy delight, and we totally understand. Babies are so damn cute when they are 9-13ish months old, it is very easy to want to have more of them and to forget how much they suck for many weeks in the beginning. But we are not going to have anymore right now. We just finally remember why we did. 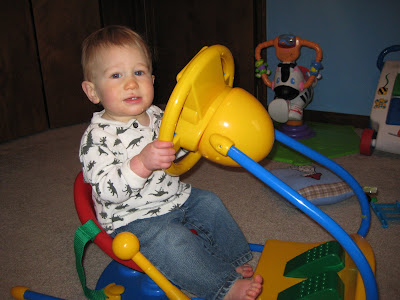 Mainly for the toes 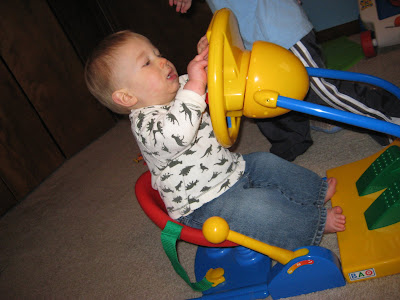 The sibling moments are a nice bonus 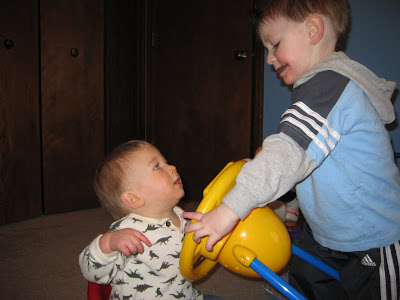 But it's really the toes 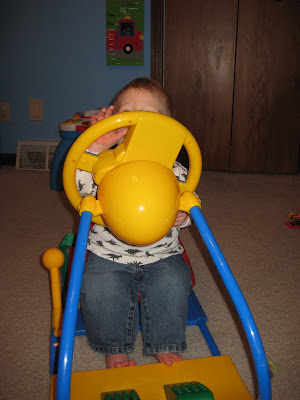 Aaaaaand, right after I took that picture, Jack got carjacked and beaten up and abandoned on the side of the rug-- I did not get a picture of that because I was too busy breaking it up.

But Jack is very Rhianna, and he noticed Chris Brown building a block tower in the toy closet 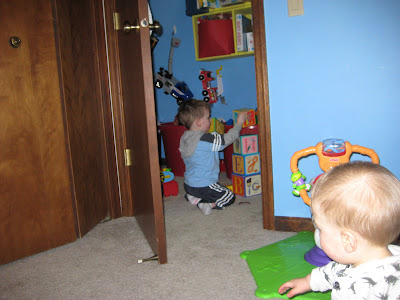 and decided to give him another chance 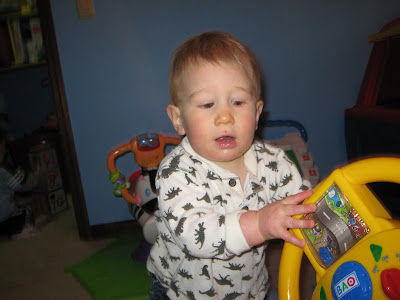 Just as Harry set the last block on top, Jack crawled over and knocked the whole thing down 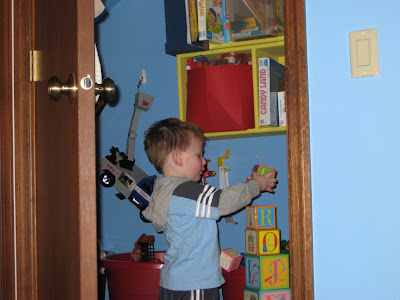 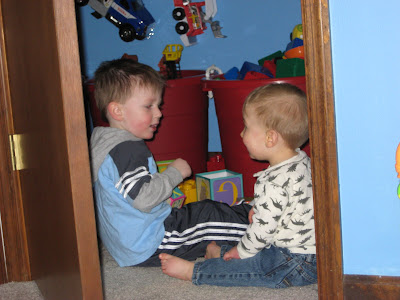 But then he remembered me and the camera, and gave him a pat and a smile. 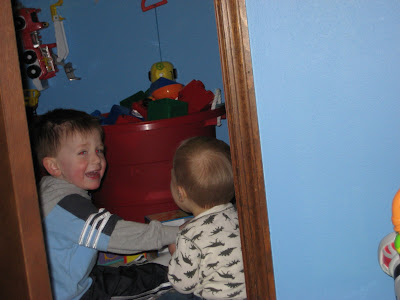 Ok. Enough of this. Back to the old dissertation.
Posted by Sarah at 8:45 AM

What is it with babies and feminine hygiene products? Charlie upended a whole box in my closet one day and then had a big time throwing them around. Good thing *I* haven't had any use for them in the last three years.

Oh, I "locked" the cabinet I have mine in after she made one attempt at them. She isn't allowed in our bathroom at all anymore actually due to her cabinet/drawer emptying.

I like how Jack got back at Harry- way to stick up for yourself!

why would anyone be surprised that Jackie could talk early..in our whone family it's a defense mechanism....Bomma

This is too too funny!! LOL several times. Love seeing them! Boo

The picture of them playing together is just beyond adorable. I simply cannot wait for that moment between J and B. Though, right now I get lucky and J gives B some kisses. Then pushes him over, but it camo's as a hug.

And, yeah, we totally got suckered into the "1 year olds are SO great, let's have another!" thing. Oy.