Weekend-- and Ben finally got to celebrate being so frigging old

Study Blue got sweet new digs-- we totally dig them. 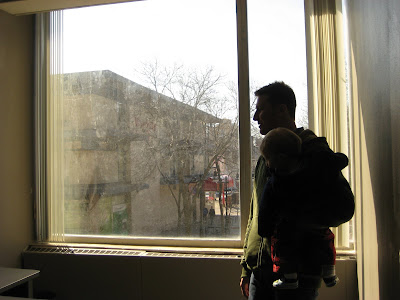 Ben's view-- totally awesome. I bet he eats State Street Brats like 6 times a day. Basically every time he catches sight of the place out of his peripheral vision. And soon he'll be so fat he'll have to air-lifted out of there. Also, one of his coworkers said they were looking forward to bird watching from their new offices, and I started talking about preventing birds from crashing head first into the ginormous windows and leaving gross brain-prints on the glass before they thudded to their little birdy deaths. He meant they were going to watch skanky undergrad joggers pass by the window. Oh. 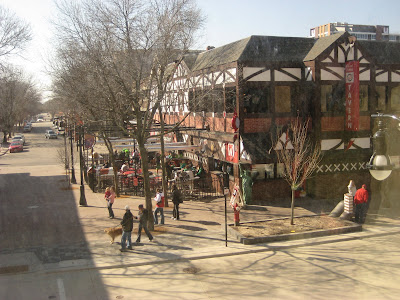 This vending machine is so cool. I was kind of bummed when I found out it doesn't actually charge 1982's prices. Or have Crystal Pepsi. 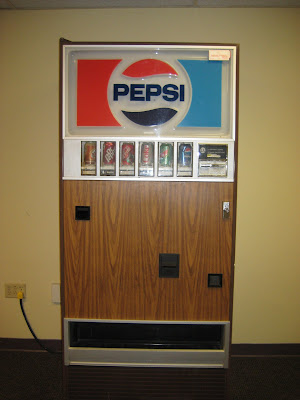 Harry was super excited to hang out in the lobby and put his feet up on the table. He said he wanted to talk at us which is a perfect way to describe his conversational skills. 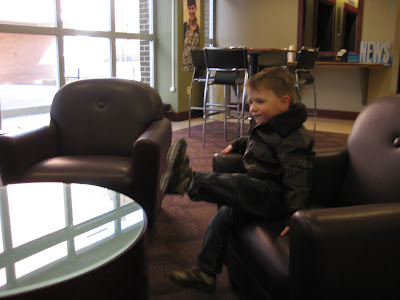 One floor below Ben's new offices? URBAN OUTFITTERS Very convenient (ha! as if I shop there! I am like 10 years too old to even go inside there with my stroller. The music's too loud anyway. But the Potbelly next door? Ideal.) 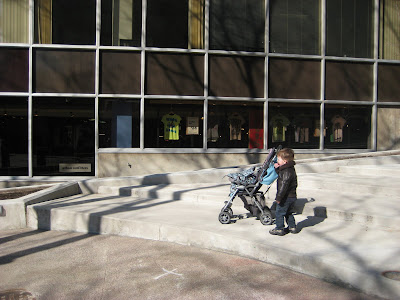 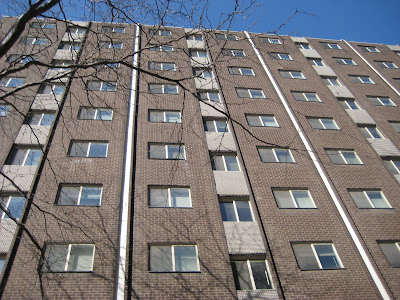 Harry ordered his own drink at Jamba Juice-- he asked for a red one. Even though he did the ordering, he was so confused when I suggested we leave so the giant line of students who staggered in for breakfast drinks at like 11 could sit down. He said, "But where's my dinner?" He'd been waiting the whole time for his food to show up, the hungry little guy. 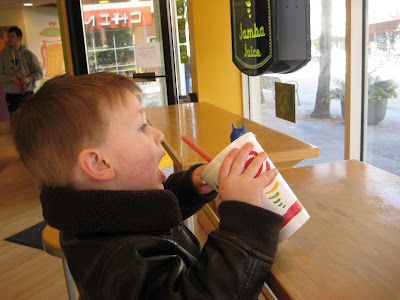 Whatev. I gave him a nutritious Pez snack. 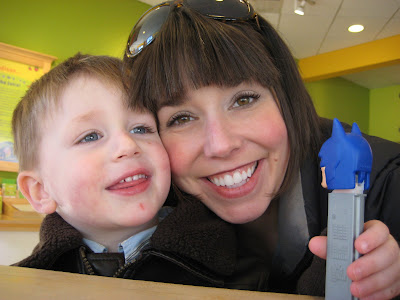 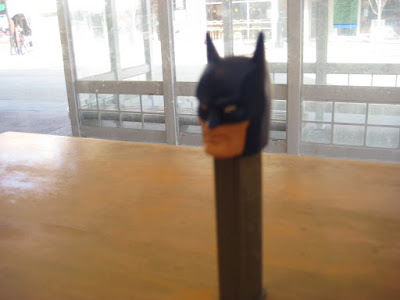 This hat? Also came with a cape and a wand. Awesome. 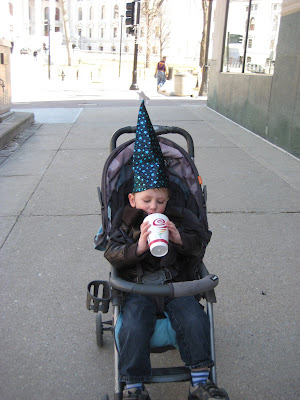 The loneliest birthday celebration ever. But don't feel bad for Ben-- his friends from work came over after the kids went to bed, and we pigged out on party food and drink. And Ben was suuuuuper hungover this morning and smelled like booze. 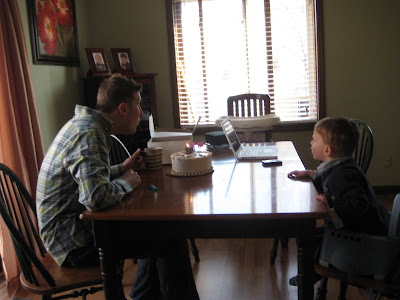 So I made him get out of bed, go to breakfast in time for some early bird specials, go to a park, and then to the zoo. Best. Wife. Ever. 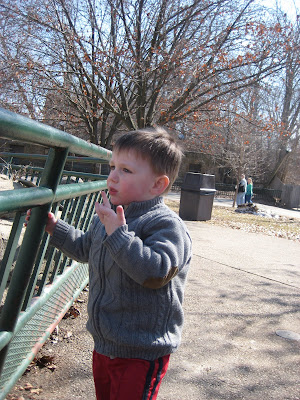 Jack has finally stopped puking. We took him to the doctor on Saturday and found out he has lost 1 and a half pounds, the poor guy. He ate today, though, so we hope he's getting back to normal. He was also in a better mood than he has been the last few days. On the way into the doctor's office, Jack was saying, "Baba? Baba? Baba?" and sure enough,when he listened to him breathe, the doc said his little tummy was growling. Then he ate 4 ounces in the car. He talks! 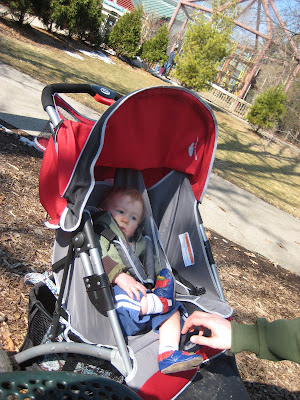 That's it. The whole weekend. Well, plus five little words that no one's husband likes to hear: Gap friends and family coupon.
Posted by Sarah at 8:06 PM

What a cool view Ben has!! Nice that you guys work so close together. Love Harry's wizard hat! Sounds like a really nice weekend.

soglad things are getting better and less messy...many happy returns to Ben and good luck on his job..you need princessing...Bomma

It sounds like Ben's birthday wasn't a complete loss! And that vending machine - cool! I would love to have one at home (although we don't drink much soda at all - rarely out of cans).

Love the vending machine! It reminds me of the 1st time I went to the Bahamas. I took a ton of pix of the beer vending machines. I think they were $.75 a can.
Ahh, those were the days...