We had so much fun at Jo's party. Not only were there a ton of 2 year olds, there were also 5 babies around Jack's age-- and all the parents were breast feeding cosleepers-- cool, huh?

Harry lurved the sprinklers, the pool, the doggie, the hamburgers, the cupcakes, and the sand. Especially the sand.

Hard at work on their castles, or, as Jo called them, their "cass" 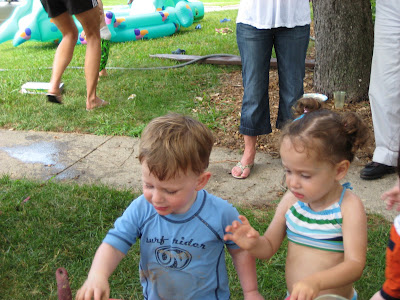 Harry stayed near the sand table all day-- he even ate there, dipping his food in the neighboring water table. Blech. 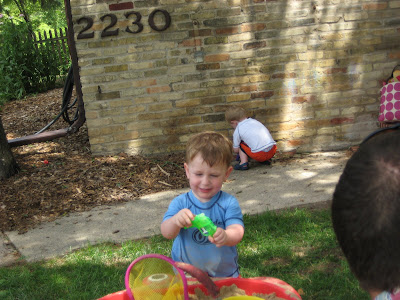 Jack enjoyed some snuggle time with Ben, and Ben earned some major brownie points as the only dad actively involved with his infant. 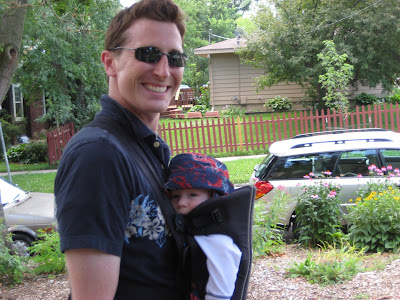 Why am I the only person playing with the kids? Am I a helicopter parent or just a fan of sand? 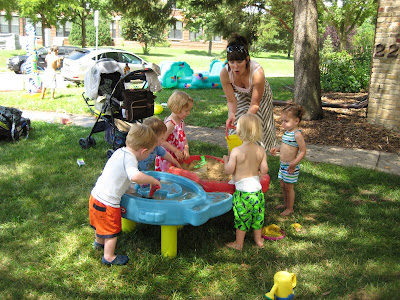 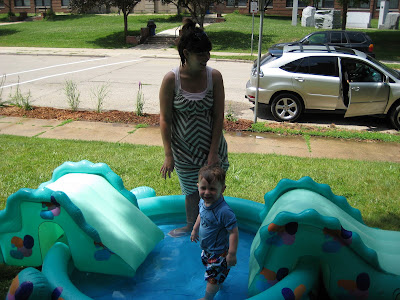 Great pix! It looks like a really fun party!