Has Anyone Seen This Baby? 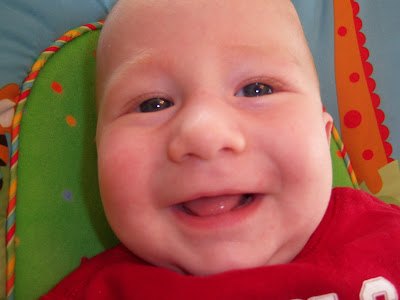 Has anyone seen this baby before? I know I have, but I just can't place him... 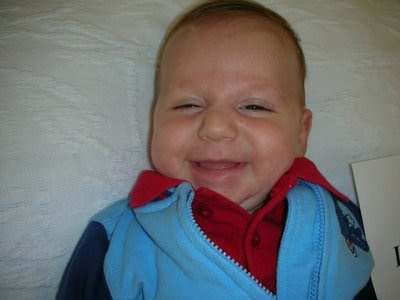 And lest anyone think I am exaggerating when I say that Jack looks even more like Ben than Harry did/does, let me tell you that I have seen photographic evidence-- Baby Jack is Baby Ben's doppelganger. I perused an entire album of little Ben pics in St. Chuck's last weekend, and Jack looks EXACTLY like Ben did. My mom always claims he looks like me or my brothers, but HE DOES NOT, I swear to you.

He does sort of look like his brother though, eh?
Posted by Sarah at 4:41 PM

Good lookin' boys you've got there!

The only real difference I see is hair! And that might change in a few months.

WOW! Do you have any of Harry's old clothes? Because that would be a fun experiment.