A Simpler Time, A Fatter Time

Not only did we have pictures taken for Mother's Day, we also had some pictures taken of the 4 of us when Jack was 5 weeks old. And I had really fat arms and huge boobs. These are also Harry's 2 year portraits.

The reason I am posting them now is that I have become significantly stupider since I had Jack, and I forgot all the heck about them until the photographer sent us the CD. Then I got all embarrassed and sent her a check for the CD.

(And really, I am dumb. Some of the students in my program are just now taking their qualifying exams, and listening to them talk last night, I could not believe that I did that-- and passed without contingency. I used to be so smart.)

I say a simpler time because Harry didn't talk so much, meaning he wasn't yet cursing. In public. And simpler because literally all Jack did was eat, sleep, cry, and poop. About a week after these pics were taken, he got colic, and that was awful for 6 weeks or so. Now, he's a happy camper, but he wants to do stuff-- and he's almost rolling over, which presents a whole new set of challenges. No more leaving him on the edge of the couch/bed/counter. 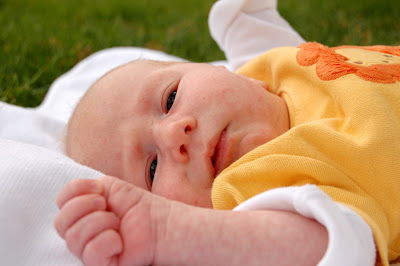 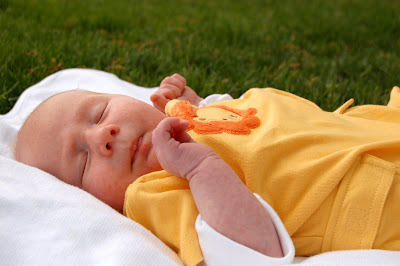 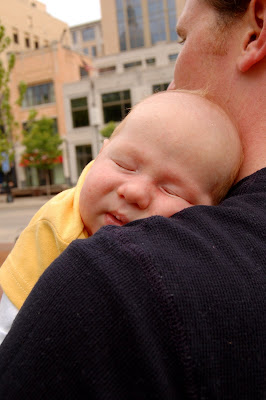 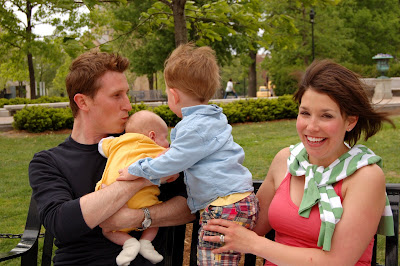 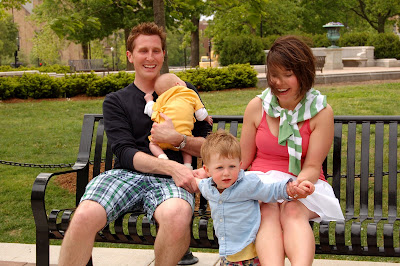 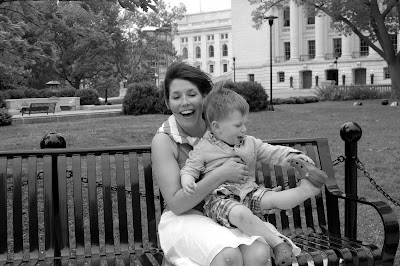 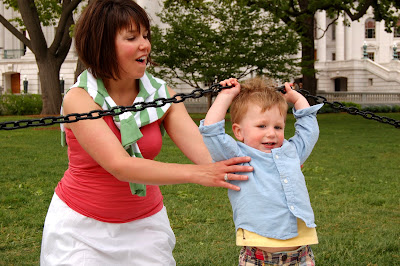 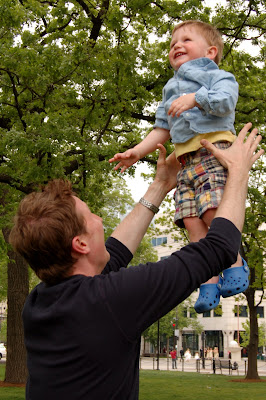 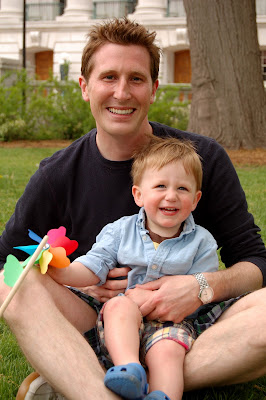 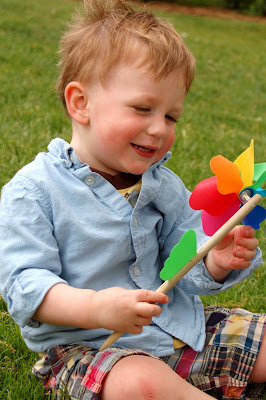 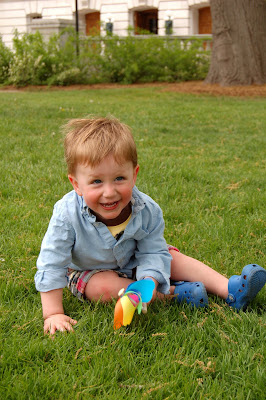 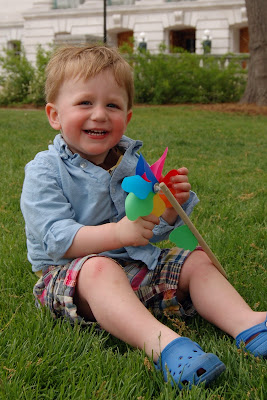 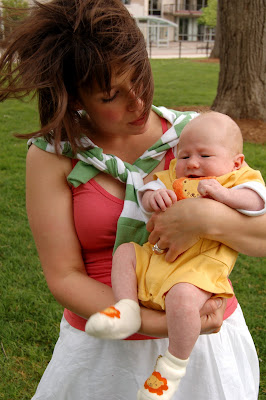 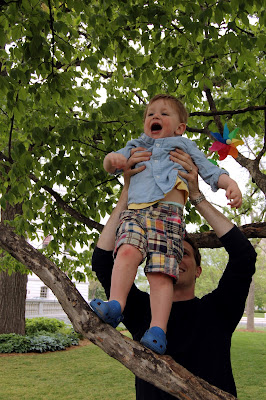 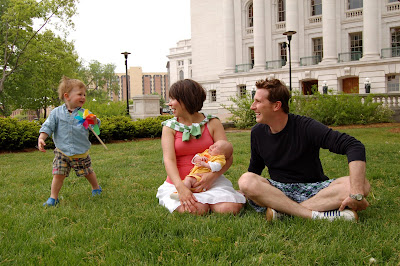 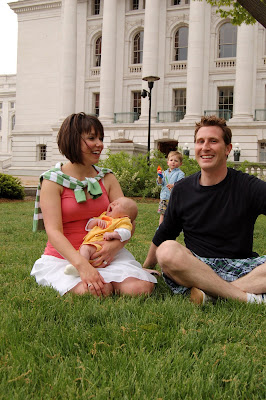 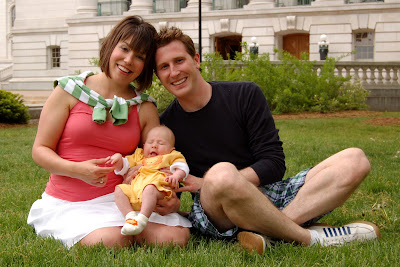 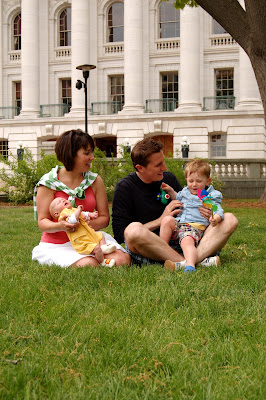 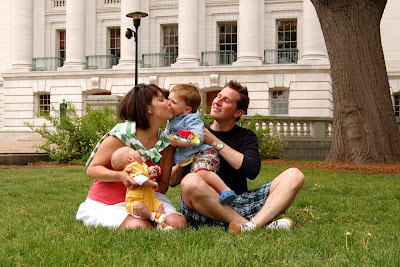 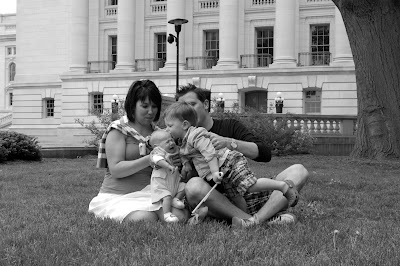 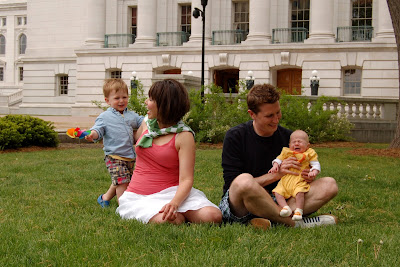 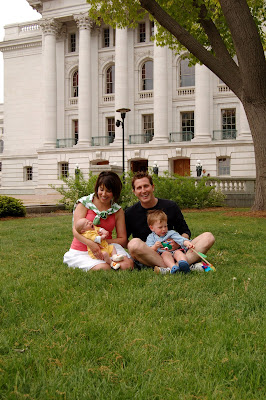 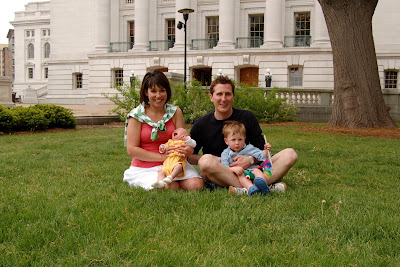 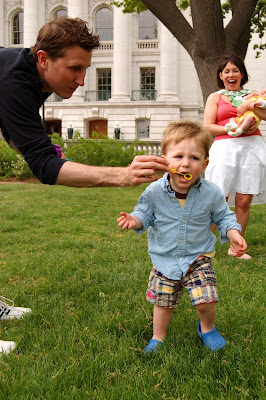 you all look happy and very handsome, I think you bounced back very quickly from being pregnant...and what a great group....Bomma

How nice! You all look great! Too bad about not being able to leave Jack on the counter anymore. Bummer!

I'm not sure Ben's legs should have seen the light of day that early in the summer. :)

Hmmm...Anonymous...show yourself why don't you and at the very least let me know who's mocking me.

So cute. And you? Look fabulous.