Harry's Grandparents all converged upon us last weekend, and we had a blast. Ben and I made a chili that didn't make anyone sick and some turtle brownies that made me a little sick because I ate so damn many of them. Harry and McLovin got a million presents, and Harry ran back and forth between his grandpas asking "Grandpa? Grandpa?" I don't think he's ever realized that he knows 2 different men who go by the same name.

Also? Grandparents sure do act like idiots if it makes their grandchild laugh, huh? Some highlights: 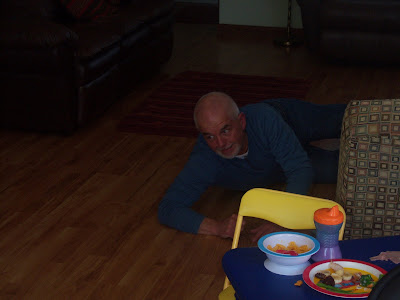 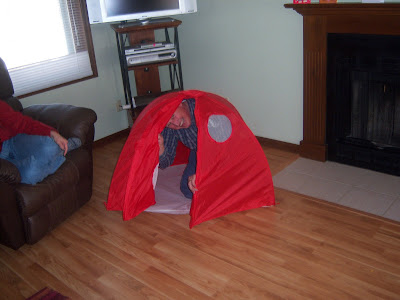 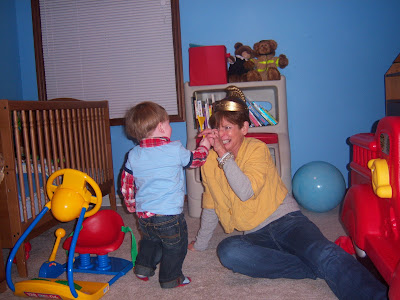 Harry was a huge help in putting this car together, as you might imagine. 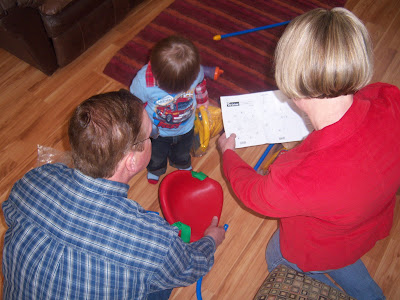 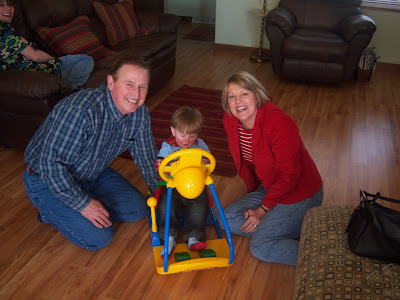 He had the best time ever eating lunch at his new card table, a CVS find from his Grandpa Gary. (Also a huge hit? His CVS golf clubs, and I say hit because that's what he does with them. Hits. And not balls.) 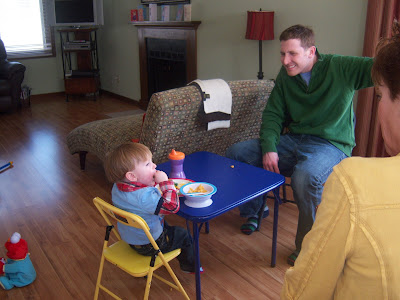 Here he is coloring before the excitement of the day began 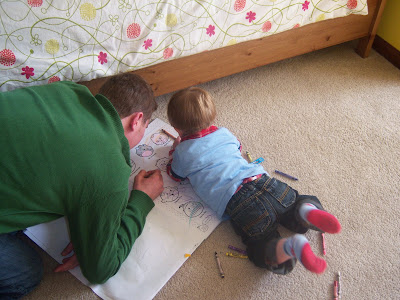 And, randomly, a picture sans pants. 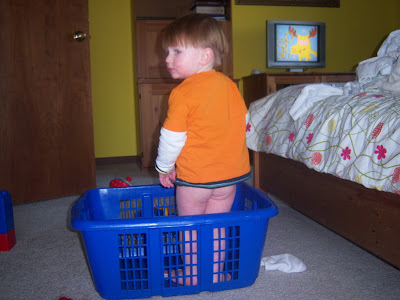 He had been waking up consistently at 5:30 every freaking morning, but last Saturday,we brought him in our bed at 5, (a day when we needed to wake up early and frantically vacuum) and he slept until 8. And he's been sleeping until 6 or 7 everyday since, thank god. In his own bed. 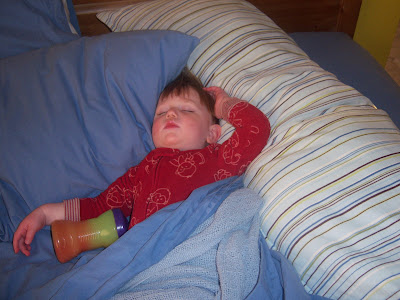 Sunday morning, we went to the WORST BRUNCH BUFFET EVER with my parents, and yes, I was a huge asshole about how bad it was. Everyone else liked it just fine. Or they are more polite than I am. 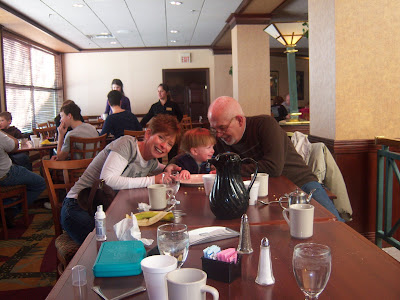 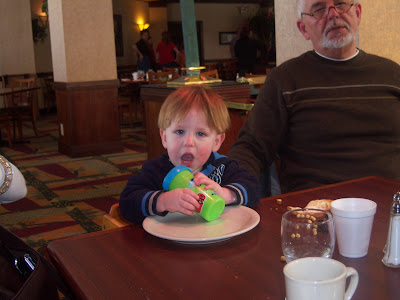 This guy over Ben's shoulder was the grossest host ever-- he had boogers; he picked his ear as he led us to our table, and his long, dirty fingernails worked as excellent rakes to get all the flakes out of his hair. Delish. 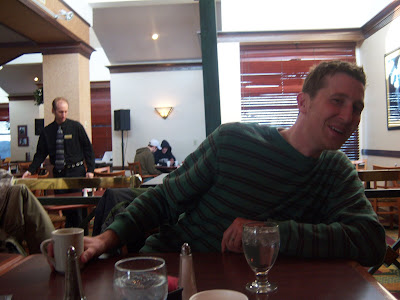 Looks like fun! Except for the gross brunch place of course. Loved the no-pants picture!!

I love that car! So very cool. Where is it from?