So, a little more than a month ago, completely overestimating the amount of booze people would like to drink at an afternoon party for a one-year-old, I bought a wading pool to hold all the beer and wine (and pop and water) we bought. 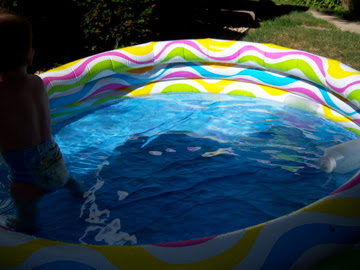 A really large wading pool that absolutely would not in a million years fit on our teen, tiny , itty, bitty little deck, even though I think kiddie pools filled with ice are a super cute way of keeping drinks cold at a summer party. So, Ben made fun of me (and then cheaped out and bought freaking TUPPERWARE to hold the drinks-- because that's what we do-- cheap out at the last second on something ridiculous-- case in point: we bought like 5 rooms of furniture at IKEA for our old apartment and ended up having a screaming fight by the check out line because a $4 magazine rack was TOO MUCH MONEY, GODDAMNIT) and we stashed the pool in the basement and forgot about it.

Well, hanging up some laundry yesterday, I stumbled upon the pool and thought holy crap, Harry will love this. I almost killed myself blowing it up (before I remembered that I had a pump from the yoga ball I have used maybe half a time), and I drenched the carpet in the laundry room hooking up the hose, but when Harry woke up from his morning nap, viola! A pool! 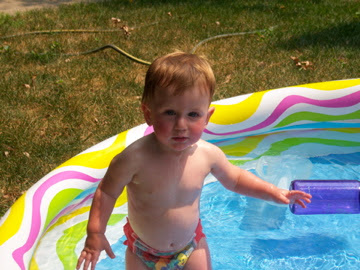 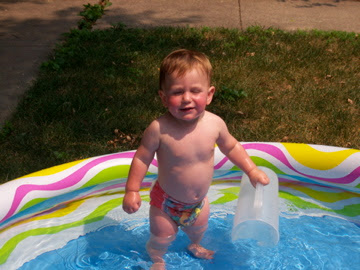 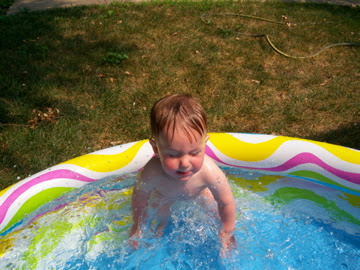 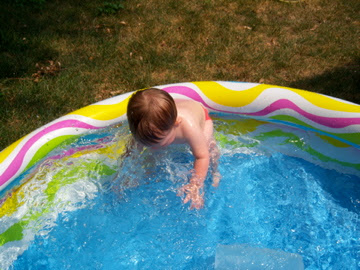 He showed off his muscles 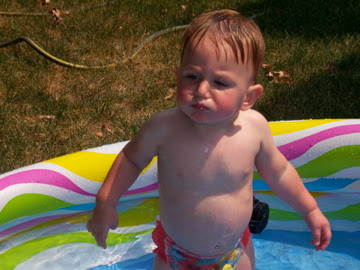 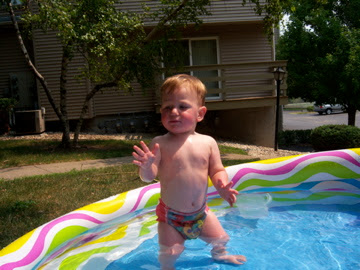 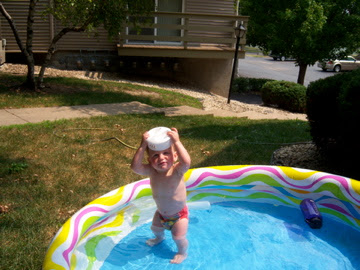 He imitated the scary batlike noises coming from the trees 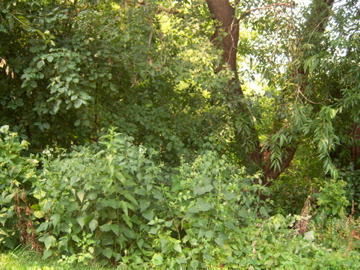 And when it was time to go inside for nap, he gave the pool an unprompted kiss goodbye. Awwwwww! 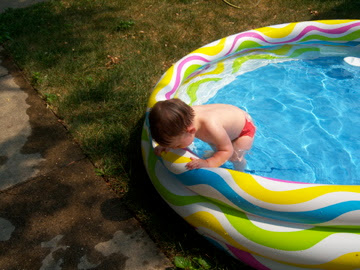 He also did not sleep well all night because he kept waking up and asking for the pool.
Posted by Sarah at 10:32 AM

Oh, that is so cute! So when he woke up, was the pool gone back to the laundry room as if it had never existed? Or was it still there?

Oh, yeah, and apropos of the previous post, the picture under "He splashed" looks exactly like you at Harry's age! (Just so you know)
And speaking as someone you quoted, we like it that Harry looks like his dad. You look like a girl!