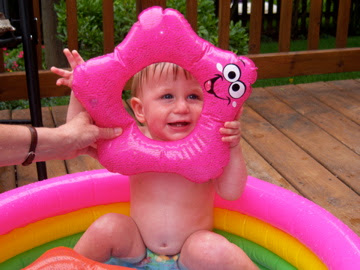 I guess all Harry needs to sleep through the night is an afternoon with some babies-- another toddler, a crawler/cruiser, and a roller, to be exact. Since we won't be turning the living room into a daycare center anytime soon, we're thinking the sleeping thing'll be a fluke-- but we're cautiously optimistic.

Harry's Grandpa Dennis turned 57, and we celebrated with a barbecue, which allowed Harry (13 months) and Max (11months) to hang out with Danny (17 months) and Rainey (6 months), Ben's Uncle Guy and Aunt Julie's babies. Chaos reigned: (Also, notice how Harry's sizing up the baby) 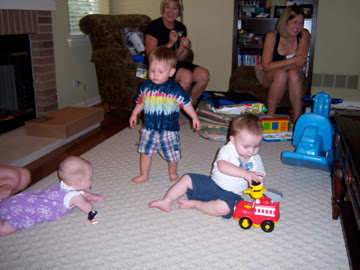 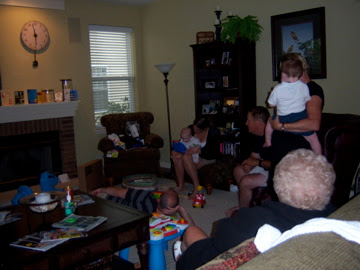 The birthday boy with Harry, Max, and Danny, who think 1 lap isn't big enough for the 3 of them. As Danny and Max voice thier discomfort, Harry gets the heck out of there 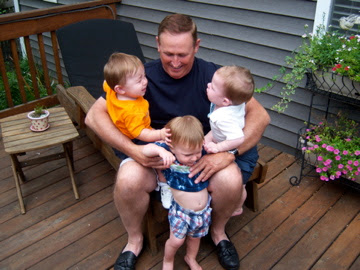 Max making a cute face, while Harry looks at the birds in the yard-- and Harry and Max checking each other out. 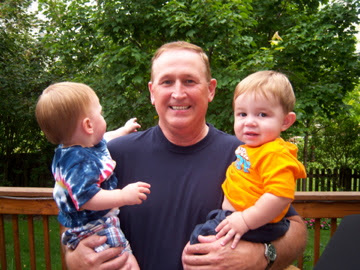 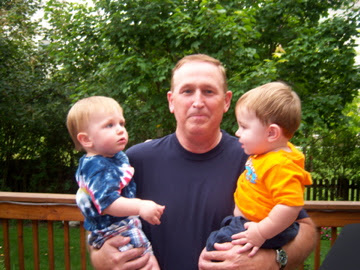 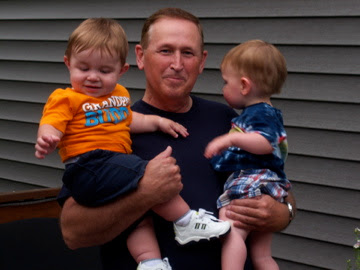 Harry's grandparents crack him up 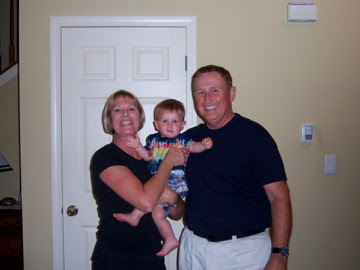 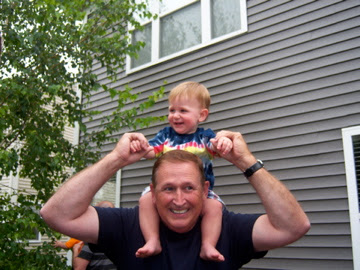 Oh, did I forget to mention the (much more reasonably sized) wading POOL? 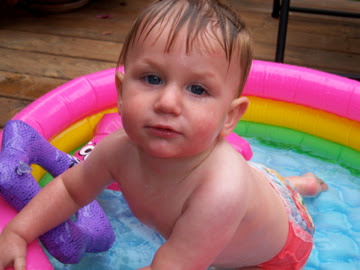 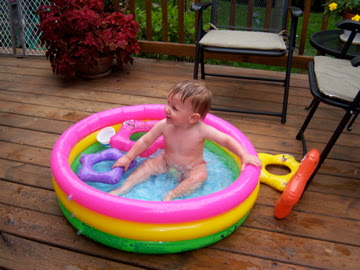 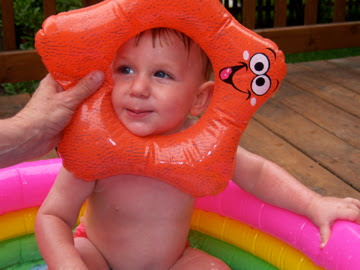 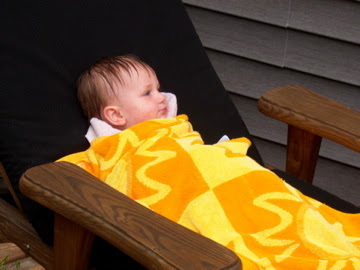 Harry has a relatively new word, balloon, which he has been saying off and on since his birthday, but has recently become much clearer (sounds a bit like broon-- and his lips are all blurry when he says it)-- so we got a balloon to celebrate. It has been hanging over his head all afternoon--like a thought bubble, or like he is a Sim. 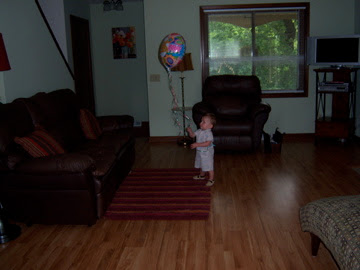 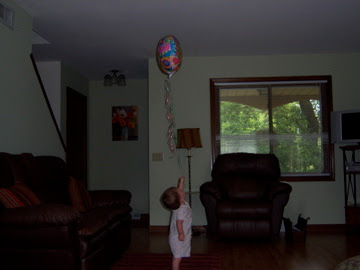 thank ou for the new entry..I have been waiting eagerly to see the change in Max and Harry...seems Max is more used to him now...Bomma

Such sweet pictures! I love the apres-pool one with the towel. What a sweet boy!