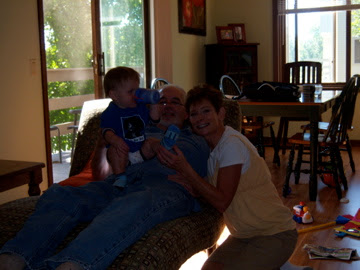 Harry totally saw his grandparents, and I am a total jackass for waiting until NOW to post the pictures. But post them I will. And then I will go eat the tacos that my fabulous husband is cooking while I type this. Lucky, lucky me. 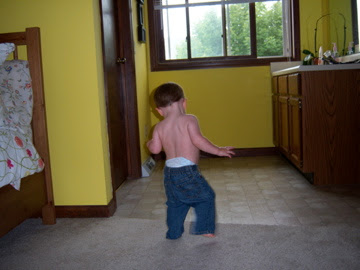 Here he is stuffed in his Mega Blocks wagon, which was totally stupid on my part because now he climbs in or on everything and is generally much more hazardous than he was say five or six days ago. 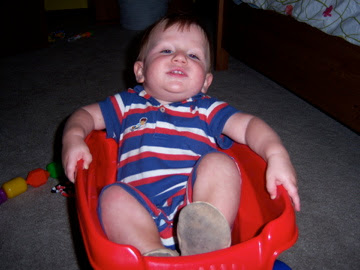 Window shopping with Grandpa, deciding he does not need Bucky overalls, Bucky jammies, or Bucky condoms (okay, I made that last one up, but it's not a bad idea-- spirited AND responsible.) 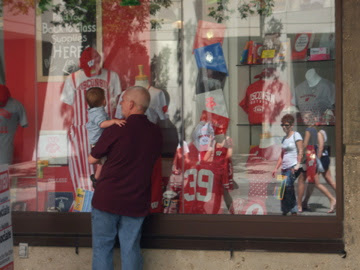 Maybe you can make out a teeny tiny us in this pciture-- shopping on State Street, where Harry got a funny t-shirt at a store called Pipefitters. Guess what they sell. Come on, guess! 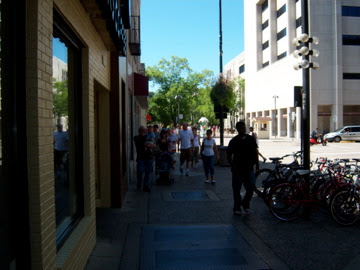 Grooving to grandma's iPod-- and, in case you're wondering, we are no longer matching Harry's jammies or socks. It's cooler this way. 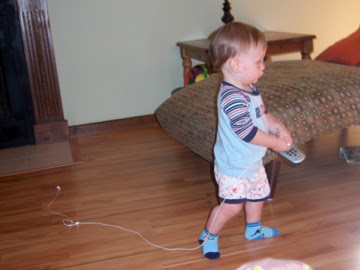 Grandma attempts to save her iPod 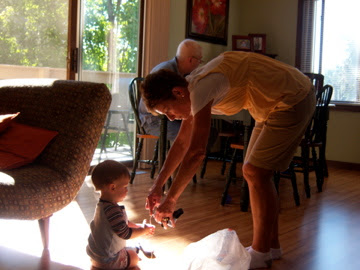 Saying goodbye-- check out the refuse Harry has strewn about the room. 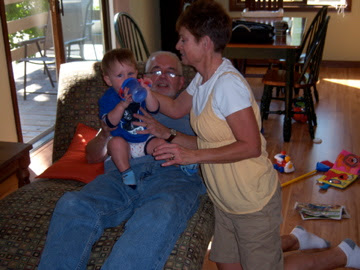 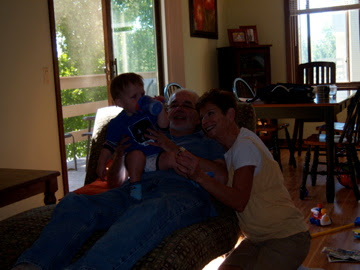 And now? Tacos, the smell of which is making me drool. Totally.

Bet Grandma and Grandpa had the most fun of all....that boy is so wonderful...Bomma( Harry also his Dada for the tacos etc.)

Awww! So fun! Love the mismatched jammies, it's way cooler that way.