Cooper has a bad cough (to be fair, he has reactive airways disease, and his coughs always sound terrible) and a fever. When I called the doctor's office, it took over 15 minutes of recordings to speak to a person, and she got a COVID-19 pool (whatever THAT is) nurse on the phone for me pretty quickly.  That nurse was lovely! And so reassuring. She said to give Tylenol for the fever and let him use his albuterol every few hours. Other than that, just rest and watch. They *might* want to see him in 72 hours if the fever persists. I am worried, of course, but she reminded me that there are lots of other things going around besides the pandemic (gah!) We kept him away from everyone else, but that's hard. And he wasn't away away. Like, we did school downstairs, and he was on the couch upstairs. No on went near him. He covered his coughs. I followed him to the bathroom and wiped stuff he touched with Lysol wipes. We Lysoled the heck out of everything he touched when he went to bed (the remotes, the tray on the ottoman, the COUCH. He operated on a purely BYOB and P (blankets and pillows) situation.

BUT. We have not been doing these things before yesterday, even though he has been coughing for a couple of days. So.

We have also started making everyone wash their hands before (duh) AND after eating, and our hand hygiene has been so great that we ARE OUT OF HAND SOAP. And because people are assholes, so are stores. We still have one full bottle for every sink in the house, but they are going SO FAST. Ben went out yesterday and came back with a bunch of bars, so we'll be fine, and I placed an Amazon order for some that should be in stock early next month.  But I mean.  PEOPLE.

Now I am worried about our perfectly normal toilet paper supply.

Also, one more worry.  I also have a terrible cough. Ben does, too, but he has had a lingering cough since he had influenza-A a few weeks ago, so we thought his was just that. Now? Not as sure.

Dorothy also has a face full of green snot, and most of the kids at her birthday party had nasty coughs and runny noses. So, hopefully, we just have SOMETHING ELSE.

Despite being concerned about coughs and fevers, we had a great day of homeschool yesterday.

At morning meeting, we brainstormed our schedule for school, and Jack wrote it down. We blocked off  chunks of time between 9-3 for certain subjects, and we decided we can be flexible within those chunks about how we do those subjects. The boys, for example, have some pretty great stuff on their Google classrooms. Dorothy and Cooper are much easier to occupy with worksheets and simple  journaling prompts.  Everyone could draw all day. We also have a healthy 30-minute gym class, 45 minutes for lunch and recess, and a commitment to making at least one subject involve a long walk around the neighborhood. The main point is that we stick to a routine, do not watch TV, and only use devices (we have 4 laptops-- 2 from junior high, Harry's old Mac Book, and Jack's home Chromebook-- so everyone can do their Lexia and Moby Max or iReady from school, and that's terrific) for school things during those hours. Then at 3, the kids are happy to have a snack, go outside and play, and watch TV. Last night, they were fine until, basically, bedtime, and I got the break I was worried about getting.

Ben is home now, but he is also working 13 hour days still, so he didn't get much of a break until after a 7pm call and semi-successful soap run when he played cards with a crabby Dorothy who was at loose ends without Cooper to play with. Luckily her influx of new birthday toys should help.

Also, during school hours, I only used my phone for taking pictures, which is SO GOOD FOR ME. I think I hate social media right now.

I am so angry at any person in America who is not STAYING HOME (not people who have to work-- I get that. I mean people who are traveling for shits and giggles, going to restaurants, etc). I cannot believe how many people I know who are not quarantining after travel (WHY ARE YOU EVEN TRAVELING?) and are generally doing nothing to flatten the curve (but are probably the assholes with all the toilet paper and soap). The people who are having PLAY DATES?! GAH. I just didn't think so many people I knew would be violating the social contract in such a huge way.

OK. Some pictures from our first day of school, yes?

Making a 19 for Covid-19 list, at the suggestion of my very favorite Happier podcast. 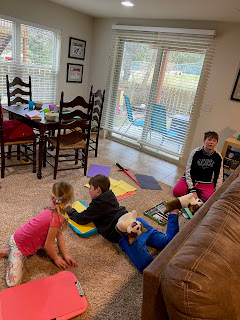 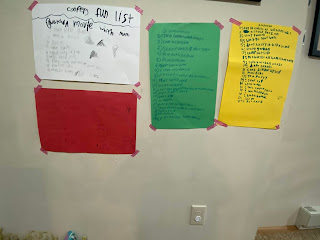 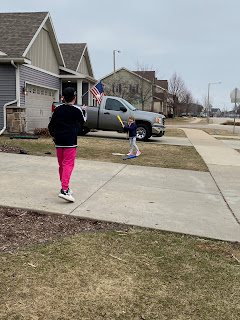 Dorothy hard at work drawing and writing about her dream vacation 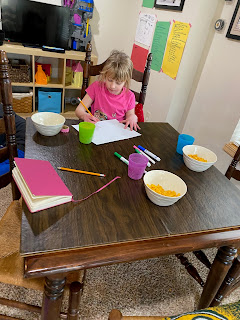 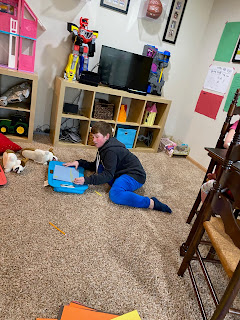 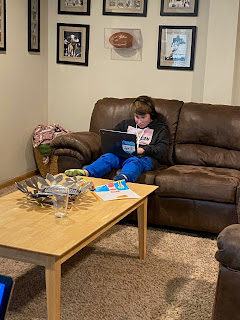 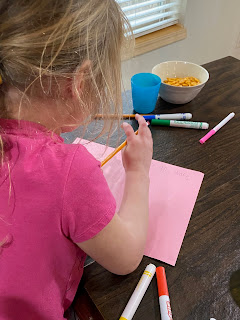 Doing school stuff, even though he should have technically had a sick day. 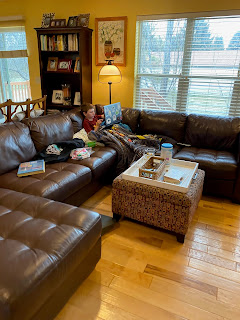 Writing to the baby in my Dear Baby journal 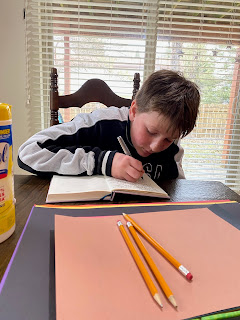 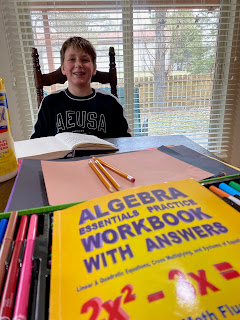 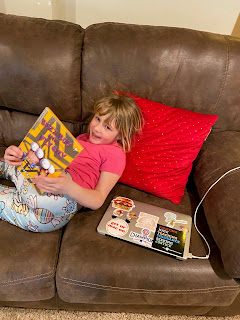 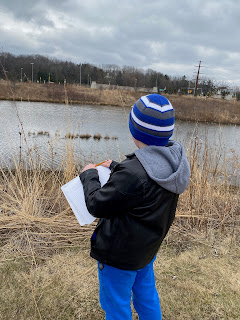 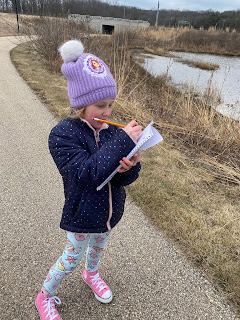 Other productive things I did besides forty-five loads of laundry:
1. Requested an absentee ballot for our upcoming April and August elections
2. Filled out the 2020 census for my household

What about you? How's pandemic life?

OMG. Requesting your ballots now is SO SMART! I’m finding it harder to leave my family’s little bubble to go to work, and I’m really irritated by the people who keep trying to argue away the current situation. I like the pool analogy. It’s helped people to see why we’re doing all this.
Hope all the coughs go away soon!!