Because I am a totally terrible mother, I tried SO HARD to talk Dorothy out of having a birthday party at home.  SO HARD, you guys.

(Seriously, though. Told her she could have it at any party place in town, reminded her that she could have a way bigger party if it was someplace besides our house, etc).

She wanted a sleepover, but we did that for Cooper's birthday, and I just. It was. Nope. So, and this is GENIUS, we had a sleepUNDER. The party was late (5:30-7:30-- these are six-and-seven-year -olds here), and we told everyone to wear their jammies. We had pizza and watched a movie and then THEY WENT HOME AND SLEPT IN THEIR OWN BEDS.  Perfect!!

The theme was llamas and unicorns and llamacorns (BUT MOSTLY LLAMAS, MOM), and I patted myself on the back for days about these rainbow llamacorn jammies from Children's Place. 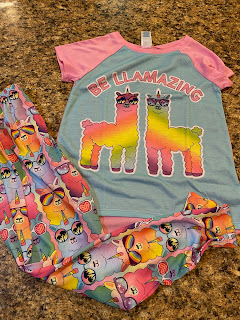 She told me she wanted a tall teal cake. 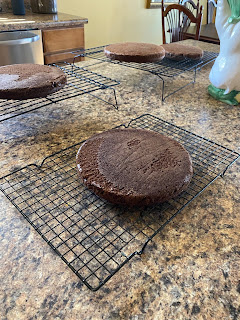 SO TEAL. OMG.  I have to tell you, teal frosting? Just does not do it for me. Call me crazy. 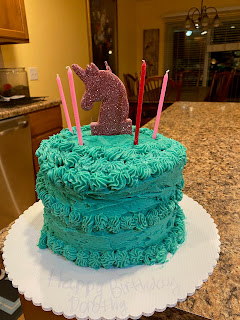 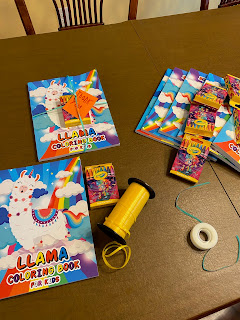 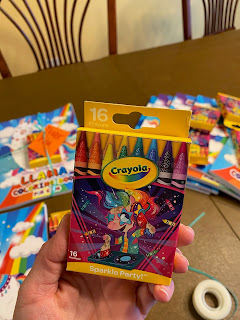 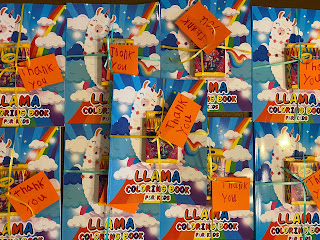 We made a quick balloon run the morning of the party, but otherwise, this was a chill party. 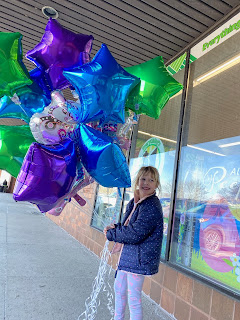 I raided our art bin to set up a little bag decorating table so the kids could decorate lunch bags to use for their pinata candy (and then Cooper jumped the pinata line and no one really even got a turn, so that was awkward). 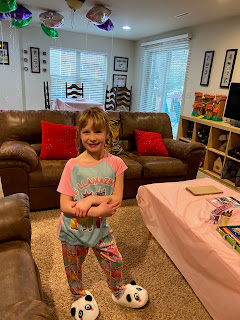 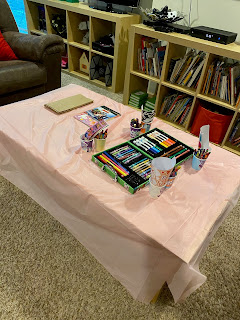 Posing with her monstrosity of a cake before her guests arrived. 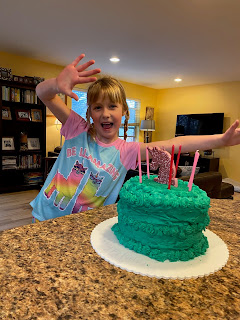 And of course the balloon she's in love with 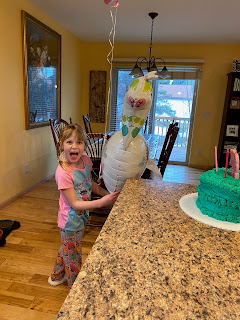 They greeted each new arrival by opening the door and running screaming outside, which gave the new kid a pretty good idea of what to expect. 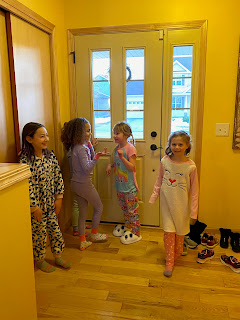 We sent most of the balloons out the door--phew! 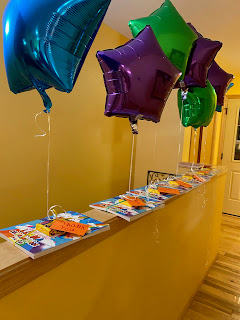 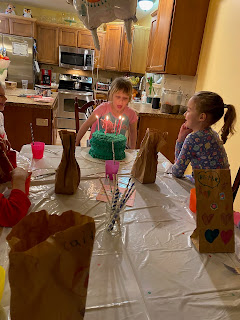 I was out of red food coloring. 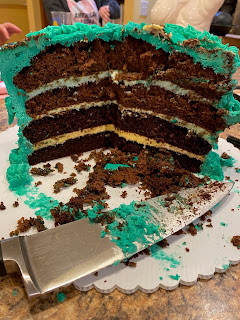 Seriously, this was a just fine party.  They had pizza, popcorn, juice boxes, and fruit snacks downstairs and watched--- I am not sure.  Dorothy wanted Dora the Explorer, but someone was scared of it. Then they almost watched Ugly Dolls, but I think they went with a Wimpy Kid movie? Not sure.  Cooper threw on a dragon onesie and went downstairs to supervise. They also played with random basement toys and had a dance off before finishing the night with cake, ice cream, and presents.

Ben and I had everything cleaned up by 8, and everyone went to bed at their normal time.

And guess what?  She wants a home party again next year because of course.