Everything BUT Dorothy's Birthday Party

I know this is not the place you come for breaking Internet news, but you guys! If you haven't seen Elizabeth Warren's SNL Tik Tok, you must spare literally 10 seconds to watch THIS.

I am actually sadder than I thought I would have been now that my choices are two old white guys. I voted for Hillary in the 2008 primary and then in the primary and general in 2016, and I just love walking into a voting booth and knowing I am voting for a woman president. WI doesn't vote until April, so I knew it was a long shot that Warren would still be in, but she's been my top choice this whole primary season, followed closely by Amy Klobuchar. Klobuchar's concession/endorsement speech nearly killed me, and it looked like she had spent the whole day Hillary-by-the-hotel-elevator-ugly-crying all her make up off, too, which made it even worse. I cried a little during Warren's driveway press conference and her Rachel Maddow interview.  But then she explained why the Trump administration is so ruinously horrible with their coronavirus response in such clear and easy-to-understand terms, and I was like WOAH. AMERICA IS NOT READY FOR THIS LEVEL OF TRUTH.

I have been mainlining cable news and The Circus on Showtime and any Crooked Media anything, and you better believe I am so excited to vote blue in November, but I do feel a bit defeated already.

As I write this (on the elliptical, walking 4 miles an hour, so that's why there are always typos), I hear Harry and Jack crying at each other in the family room.  Usually in the morning, they fight a little getting dressed, but this actually sounds like crying.  The days after spring forward are ROUGH. I usually get 50 minutes in, but this morning I will be lucky to slog through 35 because I could not get up.

I just said, "Guys, be nice. I don't care who's doing what.  Just from now on be nice," and that was just about as effective as you would think it was.

OMG it has been like FIVE HOURS since I started writing this, ad now my office hours are coming to an end, and I am getting ready to teach! my! class!

I want to tell you all about Dorothy's birthday party, which she had at our house, despite my pleas that she have it anywhere else in the universe.  But, alas.  OK.  Here's pictures of everything BUT Dorothy's party.

Dorothy discovered Britney Spears and is a HUGE FAN.  I feel like I am doing my job. 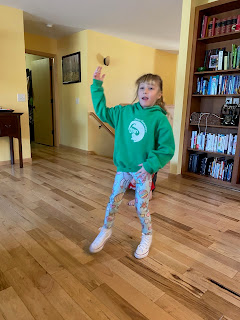 Ben and I have started going out to dinner at least once a weekend.  I like it. 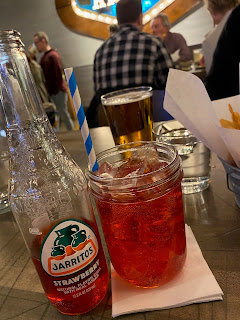 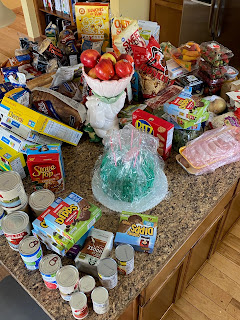 Harry had his last hockey game as a Polar Cap.  He got a hat trick. 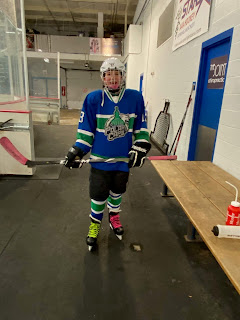 WE CAN PLAY OUTSIDE AGAIN. It;s like y tiny house has doubled in size. 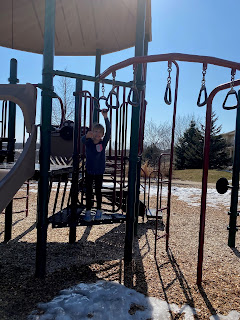 My pedicure is 6 weeks old and still perfect.  Also, I am a Dr. Scholl's addict. 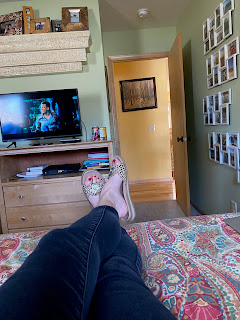 THIS BOOK is every bit as good as it used to be, and Dorothy and Cooper agree. 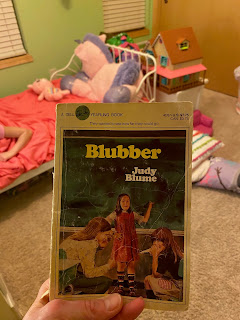