Jack is a BOY SCOUT!

I have to really hand it to Jack.  He has dealt with our lack of enthusiasm about Cub Scouts so well and has persevered and even flourished despite (because of?) a lack of parental involvement.  I mean, we made sure he got to meetings, and we helped him make up achievements he might have missed because of his other siblings' activities.  We hosted a few den meetings here and there.  Ben is always willing to wield a damn hacksaw in the service of the Pinewood Derby.  But really?  Jack became a Boy Scout because he loves the activity and really wanted to succeed in in.  How cool is that?  We are super proud of him.

Also, Harry did NOT take a knee during the Pledge at the Blue and Gold Banquet, even though that's his usual response to the Pledge.  I can only assume that his speech unit in English class is paying off because he's better at audience analysis.  He did react noticeably to the Arrow of Light explanation by the Boy Scouts of the troop Jack is joining that talked about how the shaft of the arrow symbolizes how Boy Scouts live their lives: STRAIGHT.  Erm.  See above about why we don't like the BSA and haven't been terribly active participants.

But all in all it was a lovely night (and where else can we feed the kids complete with CAKE for $20?). 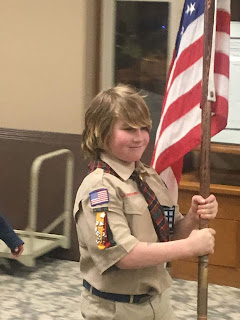 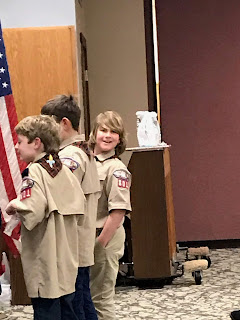 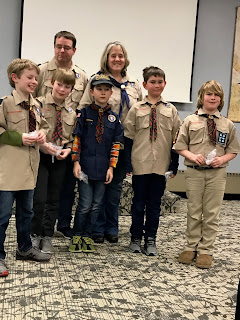 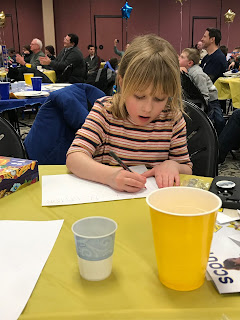 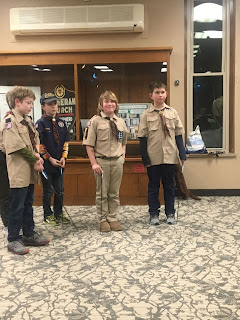 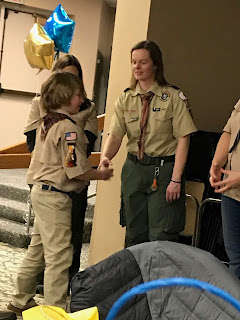 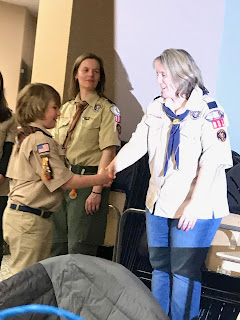 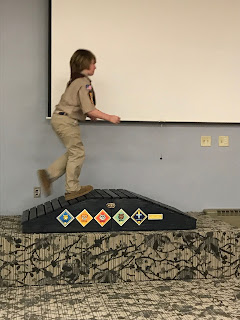 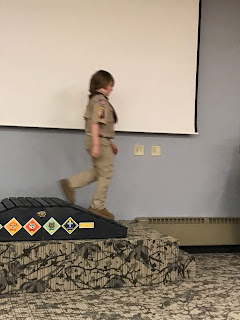 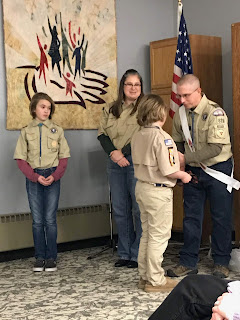 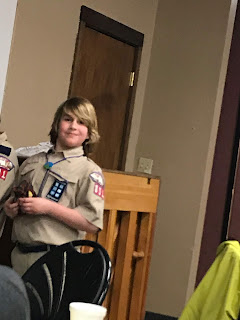 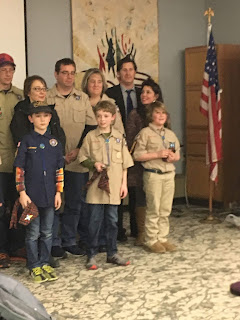 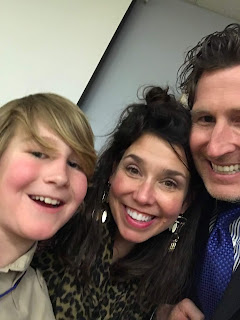 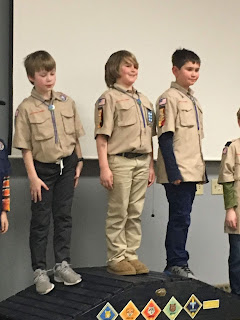 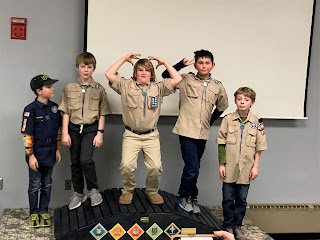 I haven't seen a bridging ceremony since....well, probably my own many MANY moons ago in Girl Scouts. And then said bridge hung on our garage wall for another many MANY moons...ah, memories.