Yesterday was Cooper's birthday party.  AND OH MY GOD ARE WE EXHAUSTED.

He didn't have a theme, which was awesome and a theme in and of itself. 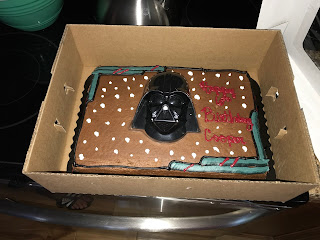 And the super hero cupcakes Ben bought from another grocery store when he realized the Hy-Vee cake was too small. And also the Power Ranger piñata. 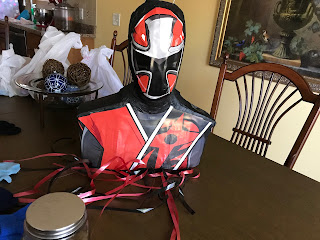 And, OF COURSE, the pumpkin table clothes and plates and napkins and rando dollar store birthday hats and blowers 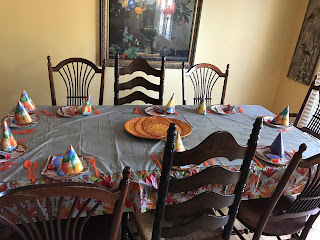 We got suuuuuuuuuuuuper creative with the seating to find spots for 22 kids. 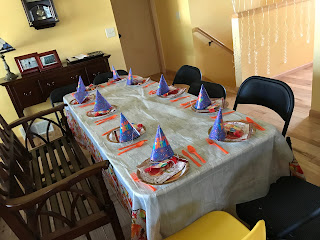 And we blew up the bounce house even though the birthday boy couldn't go in it.  Because, you know, broken arm. 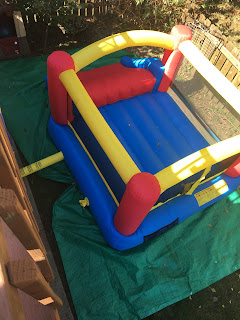 All prepped for a donut eating game. 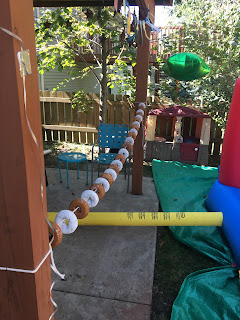 We had big bowls of bubbles and sidewalk chalk and lots of loud music to greet guests when they arrived. But first, I tortured the kids with driveway pictures and couldn't get one of just Cooper because of Hammy McCamerahog. 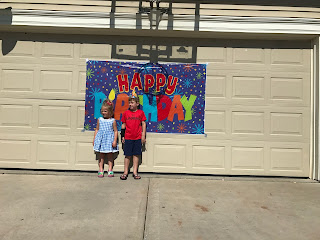 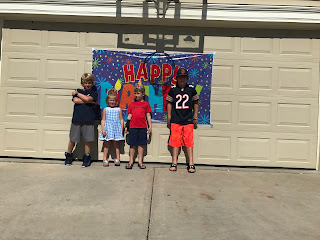 Once the 22 kindergarteners showed up, I basically stopped taking pictures because they were hard to corral.

How did we keep them all busy for 2 hours?

We did bubbles and chalk for a hot minute.  Then we went in the back yard to bounce until the kids almost killed each other (approx 8.5 minutes). Then we let the kids try to eat the donut garlnad without using their hands.  Then I passed out treat bags and let everyone raid the school carnival's worth of prizes I bought.  Then Ben transformed the back yard into game stations, and I took everyone out front to play more games.  First we did that one game where you put a cookie on your forehead and try to get it in your mouth without using your hands. Then we did a balloon relay race.  Then we played hot potato only they COULD NOT PLAY HOT POTATO, and it was really hot in front.  So, we went in the back with Ben and did game stations: pin-the-tail-on-the-donkey, drop a clothespin in a jar, beer pong with no beer, unwrap a Hershey's kiss with mittens on, and rescue a Lego guy from an ice cube.  We gave lots of carnival prizes for each game.  It was finally time to go inside for sandwiches, pizza, goldfish, fruit, cake/cupcakes, and ice cream.  And juice boxes. Duh.  Then back outside for the piñata.  Inside to open presents.  And then home with bulging treat bags and balloons. PHEW! 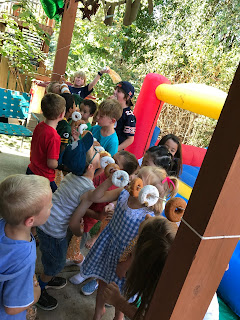 Pin-the-tail: (Harry and Jack and Harry's friend helped man the station and were adorbs) 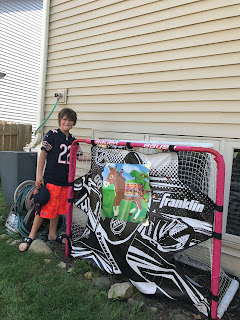 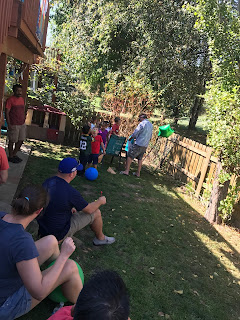 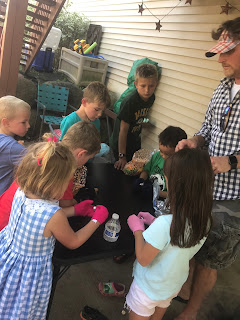 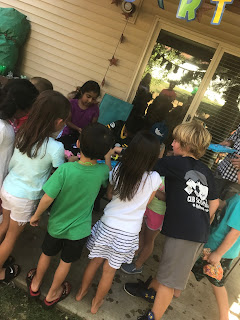 Dorothy-- never out of the frame 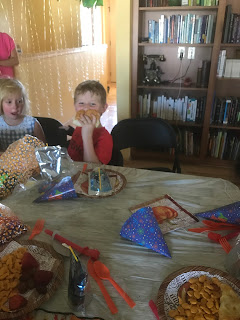 In fact, here she is begin 86'ed from blowing out his candle 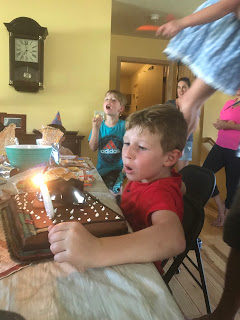 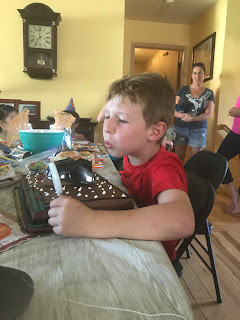 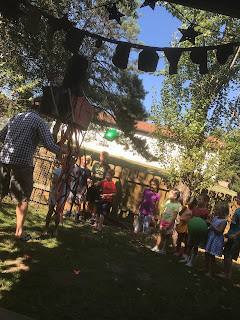 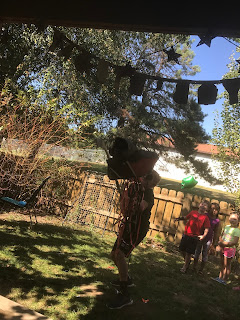 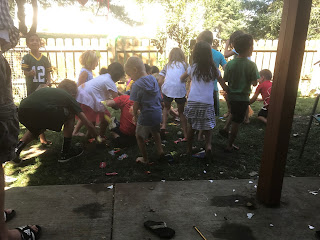 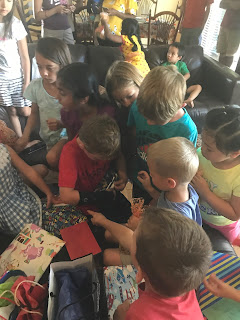 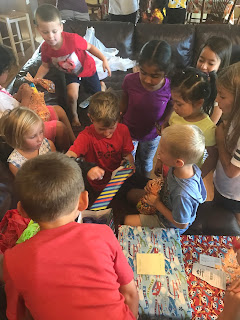 And the aftermath.  It took me more than 2 hours to clean up. 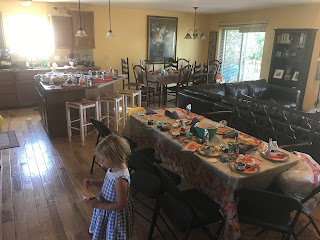 But Cooper loved it, and that's what matters, right?
Posted by Sarah at 5:00 AM

Picture of Dorothy's legs as she's lifted away from Cooper's cake cracked me up.

Yes that picture of Dorothy lifting up is awesome. Siblings! This party sounds exhausting. My mind reels at "game stations."