I would say TGI Friday, but there's a lot of Friday to get through.

Today was the first of several supremely tricky mornings where there isn't just a home parent and a work parent. Instead, we both need to go to work.  Bah.  Ben still needed to work from home, though, this morning, so it wasn't like I had help really getting the kids off to school.  As the normal at-home Friday parent, I don't mind the kid rush usually because I can clean up the house and exercise after they go to school.  That meant that today, I was up before 5:30 and on the elliptical by 5:45.  I was dressed by 7 when the kids came up for breakfast, and I even got Harry off to the bus by 6:45.  It was exhausting!

And now I am at work with no plans to be home before Dorothy is done with school and a TON of errands to cram into my post work pre-gymnastics time.  Because did I mention we have 20 kindergarteners coming over on Sunday for Cooper's bday party?  GAH.

Another pic of Dorothy before I ruined her life by telling her that we were a month early for dance class. 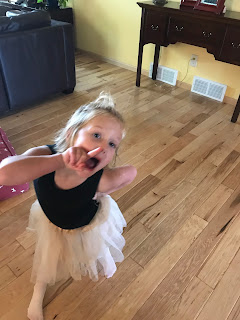 Me, doing what I do most. 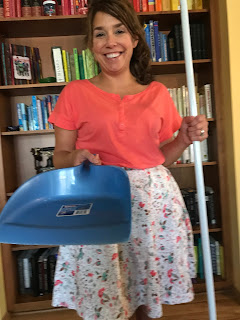 Dorothy and Beatrix having an ice cream cone through the world's dirtiest door. 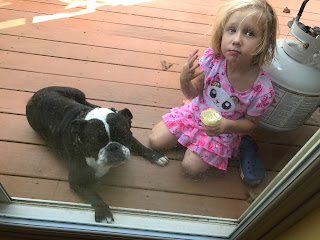 Cheers for the Big Brother finale 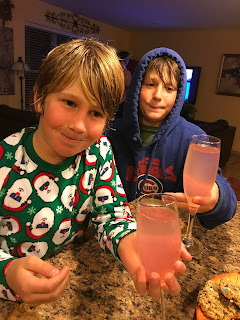 And cheers to a truly spectacular summer! 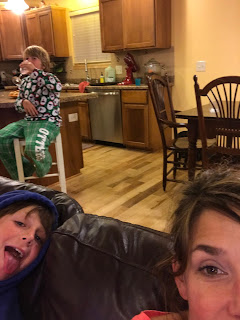 What did the boys think about the final vote?