Can I just say that yesterday was LOVELY up until the very second it was NOT?

Ben was the at-work parent for the day, so he took Dorothy to school and I sat hunched over the kitchen counter in my pajamas writing until about 10:50 when I looked up in a panic and realized that I had to take a shower and make all the beds and leave to pick up Dorothy in less than 30 minutes.  So, I did all of those things really fast.

Dorothy and I stopped at Target because I needed to send in like $20 worth of green grapes because it;s color week in kindergarten.  I also finally managed to get her some shoes that are not high heels (high tops with Trolls fur on the tongue which is already kind of funky from just one sandbox sojourn).

We had lunch (note: when the only salad green you have is kale, a taco salad is not your best use of salad greens-- yuck.  Luckily I packed a kale, craisin, and chicken salad with lemon and balsamic for lunch today-- packed it WHILE having lunch yesterday because I knew that shit was about to get real).

Dorothy watched Wally Kazam and I watched Gilmore Girls while I cleaned up the kitchen and prepped the grapes (I realized that just sending in a bunch of unwashed grapes was not super helpful so I washed them and put them in snack-sized ziplocs-- hope that's OK).  We put the laundry away.  We played Zingo.  We went to the library.  It was lovely.

Then.  We got home from the library at 3:20 and waited in the car in the driveway for Cooper and jack because shit was about to get real.

They got home at 3:28, and we peeled out of the driveway to take Jack to his tutor.  We dropped him off and ran home to start feeding the kids snacks and get Harry, who ran off the bus and immediately changed into his baseball uniform.  I stopped the little kids mid-snack and loaded them back into the car to take Harry to baseball where Ben-- the head coach of his team-- was waiting for him.  We skidded back to our house, and I washed lunch boxes and packed them for the next day while the kids finished their snacks.  Jack met us at home (he walked from the tutor's house, which was a great idea) and changed into his gymnastics clothes.

Jack and Dorothy went to their respective gymnastics classes while Cooper and I watched.  Then I took all three of them to a welcome party at Dorothy's school.

FINALLY at 7:30 we were all at home at the same time and we had dinner.  That ended in screams, not surprisingly.  Because ALL of us were hangry.

It was just a brutal afternoon.  None of us (except Harry and Ben) were in the same place for longer than like 45 minutes (unless you count gymnastics which I don't because it's impossible to get anything done there, although I tried really hard to read a book). We were all too tired.  Dinner was too late, but we didn't have any other time to eat.  It was TERRIBLE.   It's actually been our second stressful Wednesday in a row.  If we have a third, we are going to have to reschedule gymnastics because DAMN.  Next week, Dorothy will also have dance on Wednesdays, so I'm sure that'll make things go more smoothly.  Eye roll.  ALL OF THE EYE ROLLS. 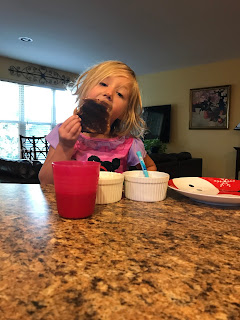 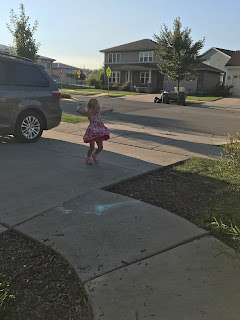 Poser. (Also she beheaded all of those marigolds and sprinkled their petals all over the driveway and called them fairy dust.  Erm). 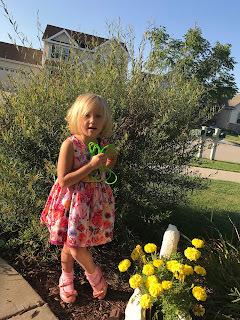 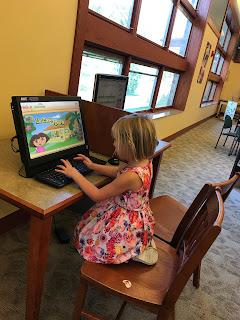 She was like Oh my gosh I know those guys!  And then she posed by them.  Like a flamingo. 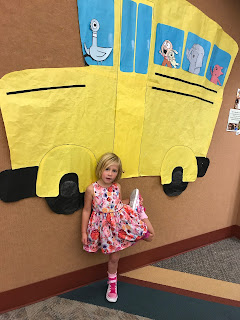 Gymnastics.  That also make her cry.  I LOVE signing a kid up for an expensive activity and then having them decide they hate it and want to quit.  (We're totally quitting-- I really don't care AT ALL, but I did care in the context of last night when I had to take all of the kids and had no entertainment packed for her and needed the time to read for class.  It was my fault for needing the time, not her fault for hating it.  I'll keep you posted.) 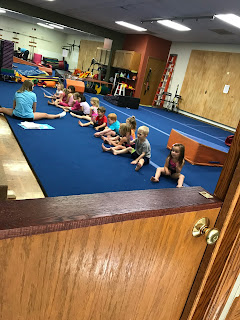 bell hooks' feminism is for everybody.  YOU SHOULD READ IT. 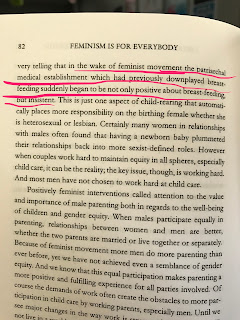 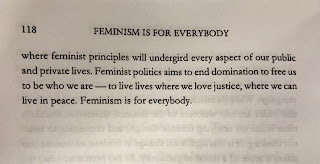 I hope Dorothy changes her mind about gymnastics. My nephew started at 4 and participated for many years. He eventually gave it up because he wanted to do karate and baseball but he still talks fondly of it.
If she loves dance, gymnastics is a good second activity.