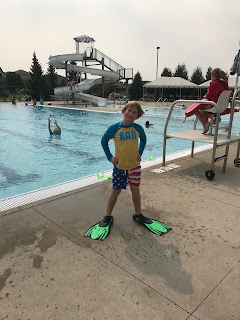 It's been a colder-than-usual summer, and we haven't spent as much time at the pool this summer as we usually do.  But still!  Memorial Day- Labor Day are some of our favorite days of the year because we all love the pool.

So!  Even though it was 70 and breezy and also overcast, were some of the first happy assholes in the place at noon on Monday, and we almost made it to the final whistle.

I read a creepy book, drank some vodka lemonades, and took pictures of the kids upside down. 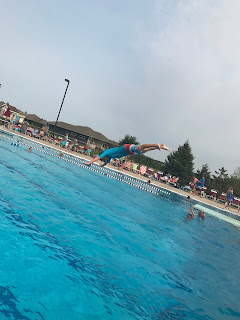 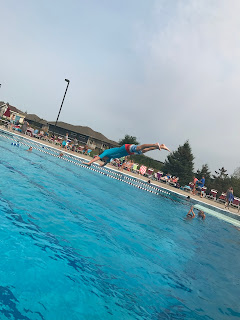 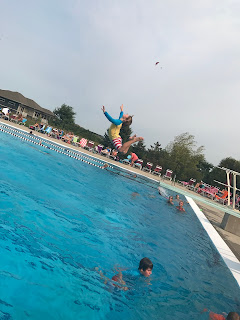 This sign at the concession stand SLAYED me.  Apparently kids were sending their kids up t get them drinks on Sunday, which BRILLIANT.  But also illegal, even in Wisconsin. 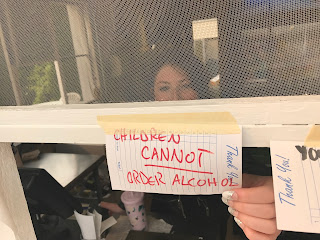 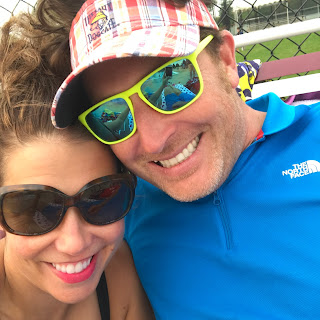 At the end of the final adult swim of the season, the kids did a dance to Hey Baby and then jumped in, which is their tradition.  It's pretty cute. 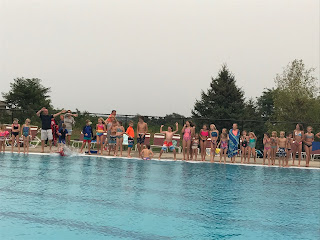 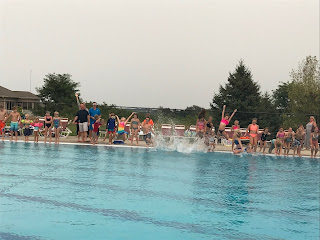 Then, you know I took a couple more diving board pics. 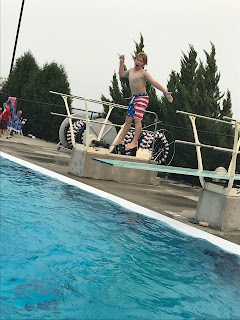 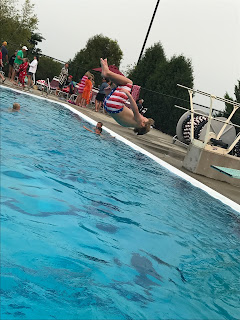 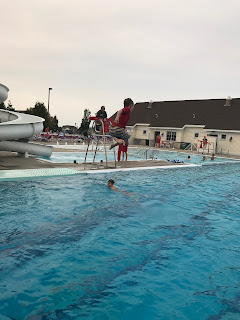 As the afternoon drew to a close, Ben started hurling the kids into the water. 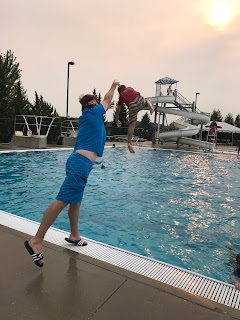 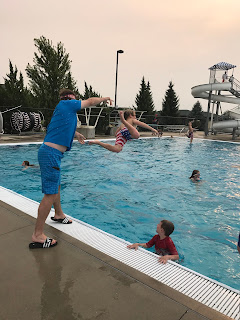 I had hoped to spend my whole day like this: 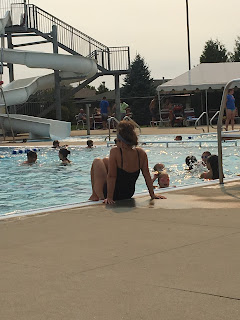 I wore a swim suit even though it was cold and windy because I wanted just a bit more tan.  But then Dorothy asked me to swim with her, and I couldn't say no, so I became one of 2 parents in the whole damn pool. 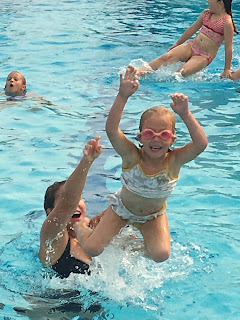 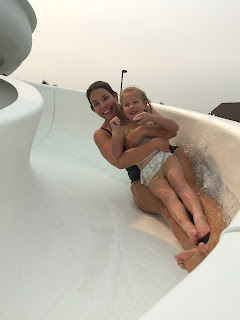 One final diving board pic, obviously the best one of the season. 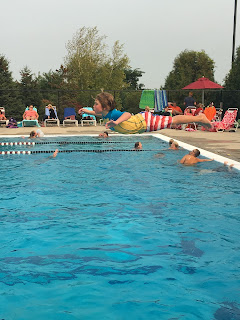 I wish there was a video of the Hey Baby dance. Also it looks like the girl in the rainbow one piece suit could be Jack's soulmate.
I love the picture of Dorothy & you on the slide. Best waterslide picture you've posted. Photoshop a blue sky and frame the sucker.
We did a 3 generation trip to the Outer Banks of NC a few years ago and rented a huge house for the 13 of us. My mom got in trouble for teaching the two 13 year old girls how to make "Ducks" (pineapple juice & vodka) but she didn't care. She loved being served by the girls while she stayed poolside. (What was also hilarious was when the girls innocently commented on how my mom instructed them to use a lot more vodka than my stepdad did)

I agree with Holly! That slide picture is definitely frame-worthy. Also, I'm really impressed by how high you threw Dorothy! I tried to throw my kids and it turns out I'm not nearly as strong as I thought I was. It was disappointing all around.