Over the hump. Just barely.

Still sniffling my way through What Happened.

Ben noticed my snail's pace and asked me what was wrong, and I tried to explain how dry and yet also gut-wrenching the book was.  But really, guys.  IT ALL MAKES ME CRY, even the chapter where she talks about her favorite foods on the campaign trail.

In other news besides what not to read at the end of your menstrual cycle/beginning of a new one.

Our Tuesday was even more of a cluster than I was expecting it to be because the babysitter didn't show and Ben and Jack were already at baseball, so the rest of us had to make the tough call to miss Cub Scouts, which was especially hard on Cooper because that's like the one activity he could still participate in.

Still, we had to prioritize back-to-school night for Harry because I have never even seen his school and the only reason I even knew where it was is because I used to ride the bus past it 13 years ago in grad school.  #MOTY

It was great, BTW. Charming.  Nursery-school adorable.  Full of wonderful people.  And also there was ice cream. 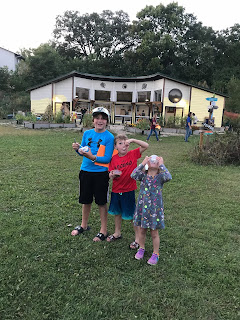 I thought that Dorothy had dance yesterday, so I got her all hyped up for it. 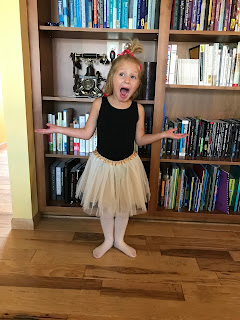 And then we got to the studio and no one was there and I checked my email and discovered that preschool classes start NEXT MONTH and everyone else started this week.  She took it about as well as you would expect a 4 year-old who is really into dance and single-minded when she thinks something is happening a certain way would take it.

Which is to say we went to Orange Leaf.  IMMEDIATELY. 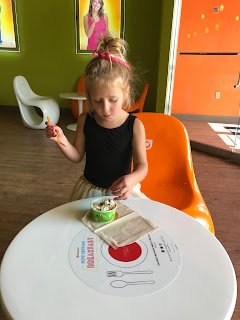 She requested that we "take a picture togedder with our faces next to each other."  So, I mean, duh. 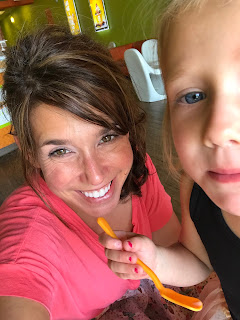