Last night, 3 tornadoes touched down within 3 miles of us, and we all slept like babies because we couldn't hear the sirens and for some reason our weather radio did not go off.

Today, though, everything was awesome again, so we OF COURSE headed to the pool because it is summer, and that's what we do. 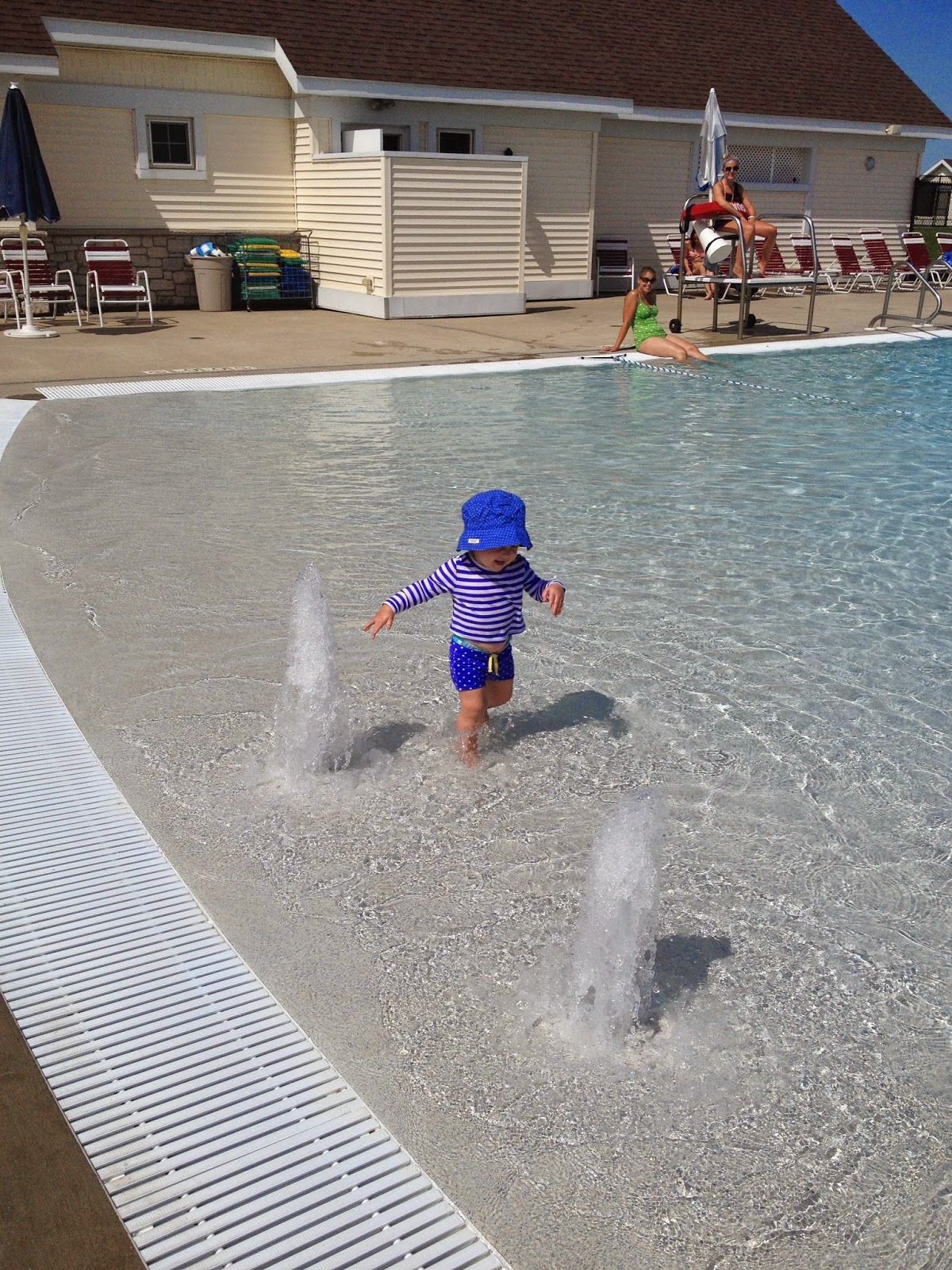 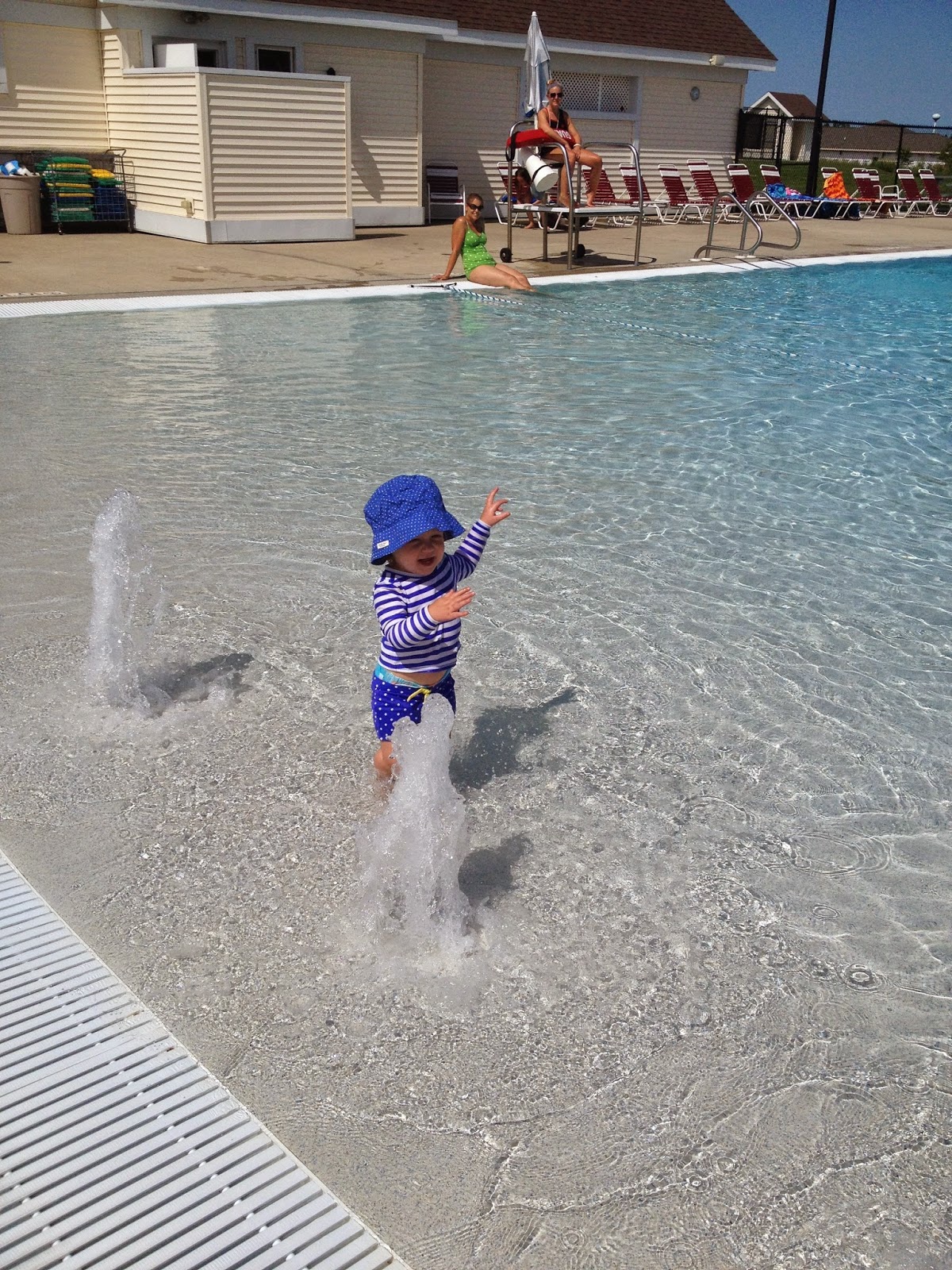 We also went there yesterday, before the storms. 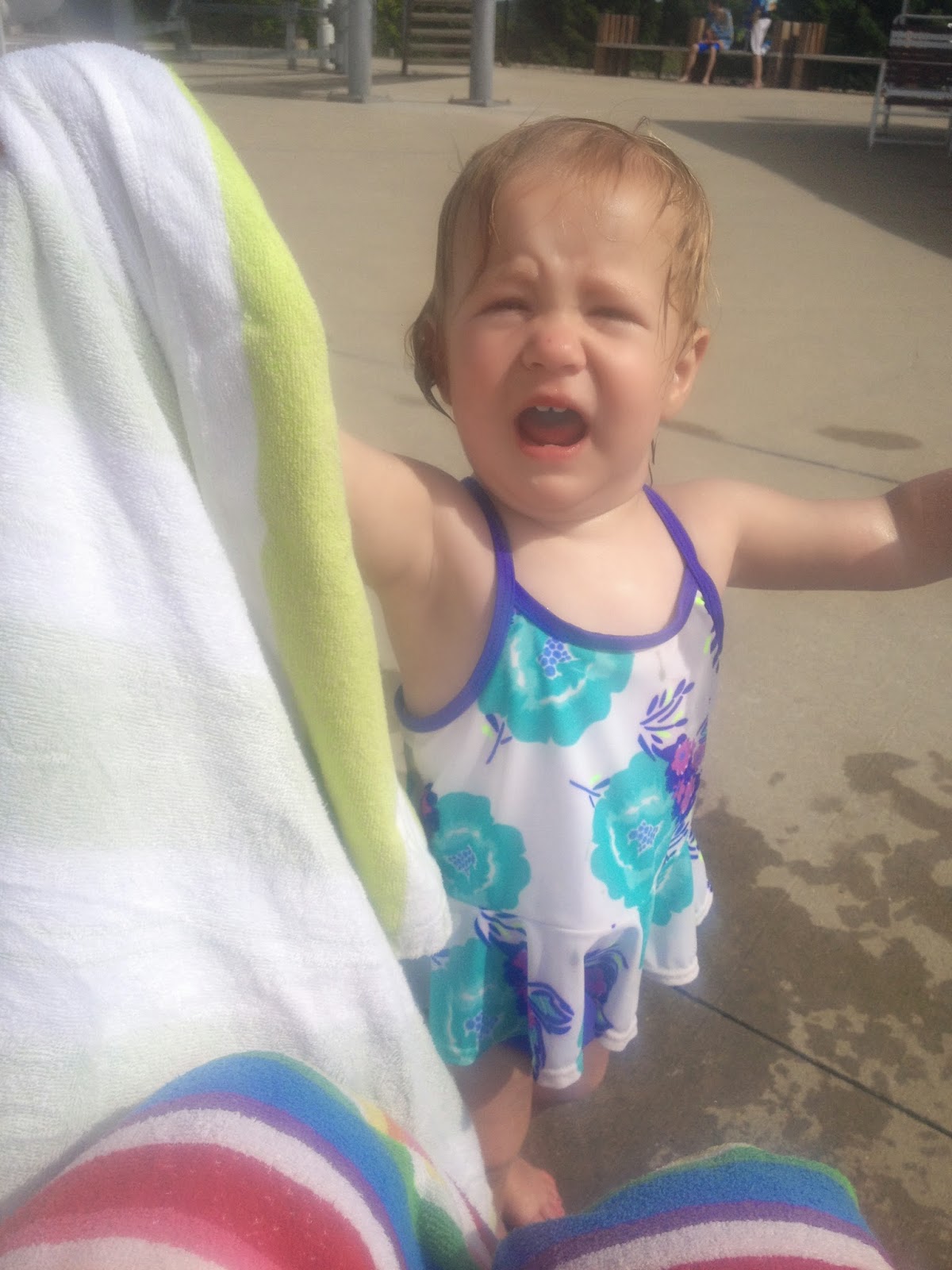 Jack asked me what a best man was.  I told him.  He asked Cooper to be his best man.  They embraced. 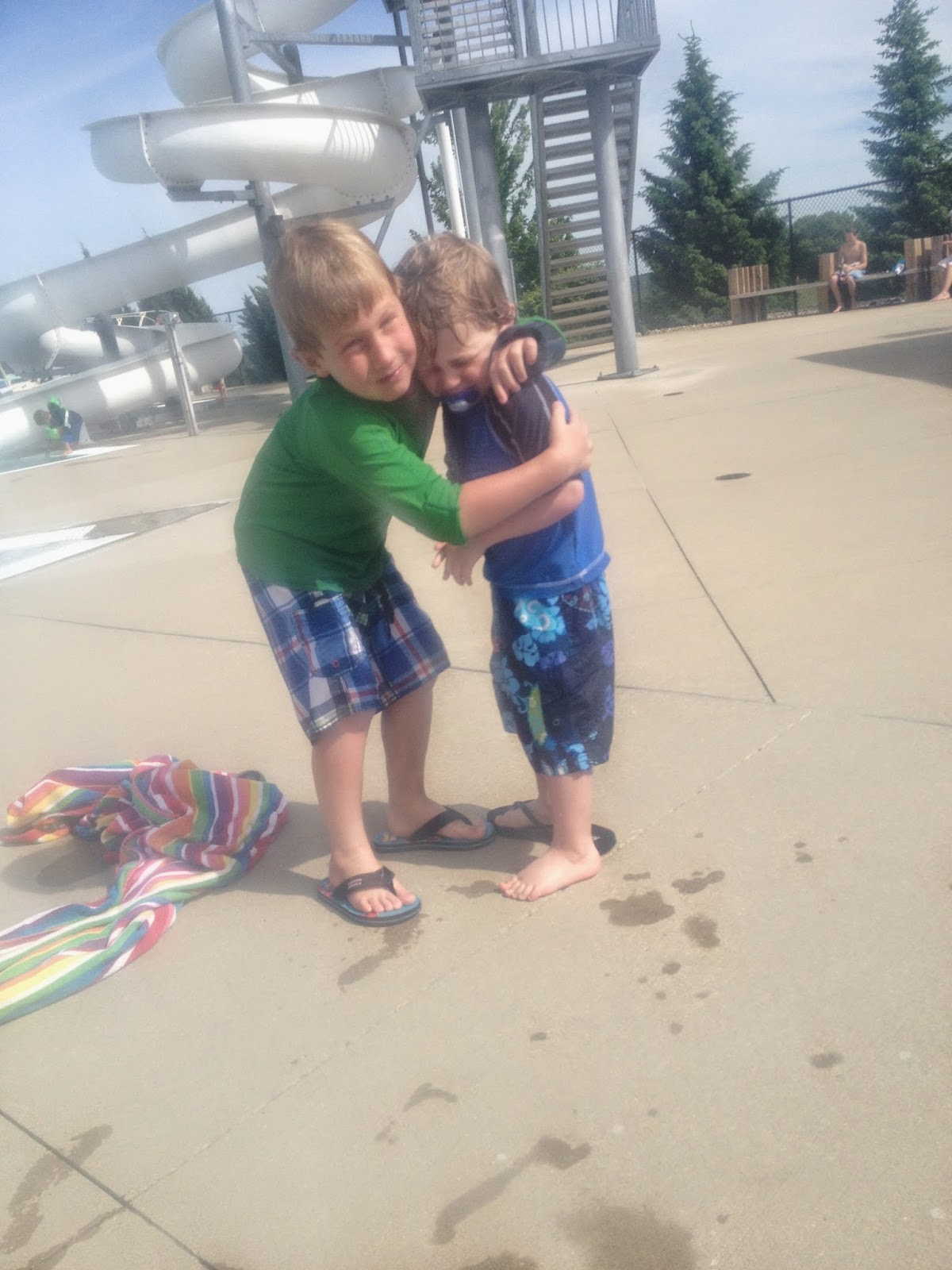 The reason Harrison is not in any pictures is because he has been at football camp for 2 days-- ALL DAY.  I was really worried about him the first day.  He is so tiny, really, and I could not imagine dropping him off on a college campus and not staying with him.  Because I am a helicopter parent at heart.  I asked if I should pack him a lunch and he said he thought he would probably just get a hotdog in the stands.  HE DOESN'T KNOW ANYTHING ABOUT ANYTHING.  (He actually ended up eating Subway and drinking Gatorade in the super secret football team cafeteria).  Seriously, I almost bought him a cell phone.

Spoiler alert:  He was fine.

And doesn't Cooper look awesome on the field? 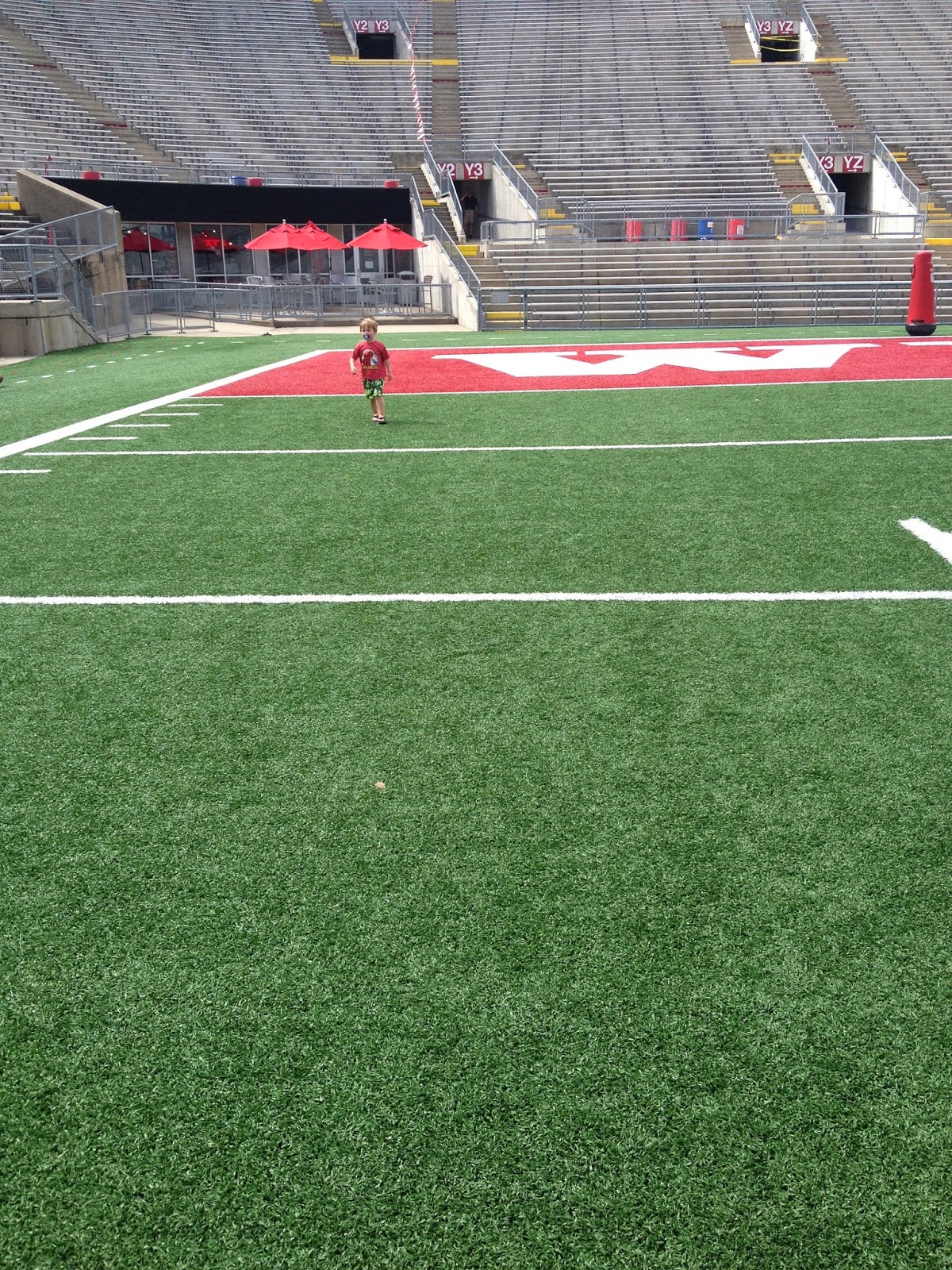 Harry is SO over scheduled the next 2 weeks: football or swimming in the morning, baseball or hockey in the early evening, and rehearsal for The Music Man until late at night.  It will get better when the show is over. 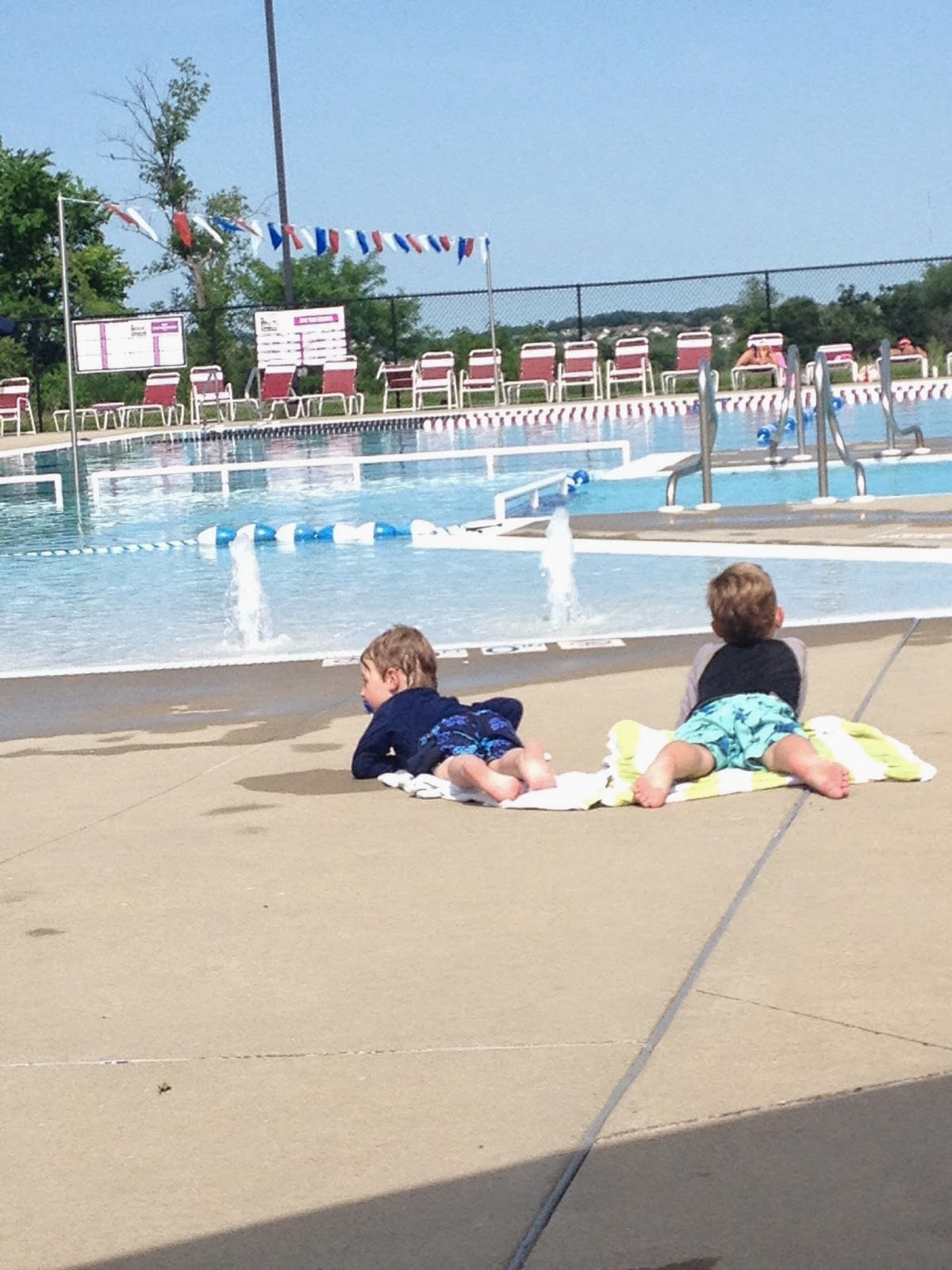 I wasn't going to let the kids get any candy at the pool today, but then Cooper saw his friend from Little Gym eating one of these gross hard candy push pop things, and he said, "Oh, you yum-yum.  My mama no."  And I mean, the kid has a speech delay, so I was THRILLED by this conversational gambit and let him get some candy. 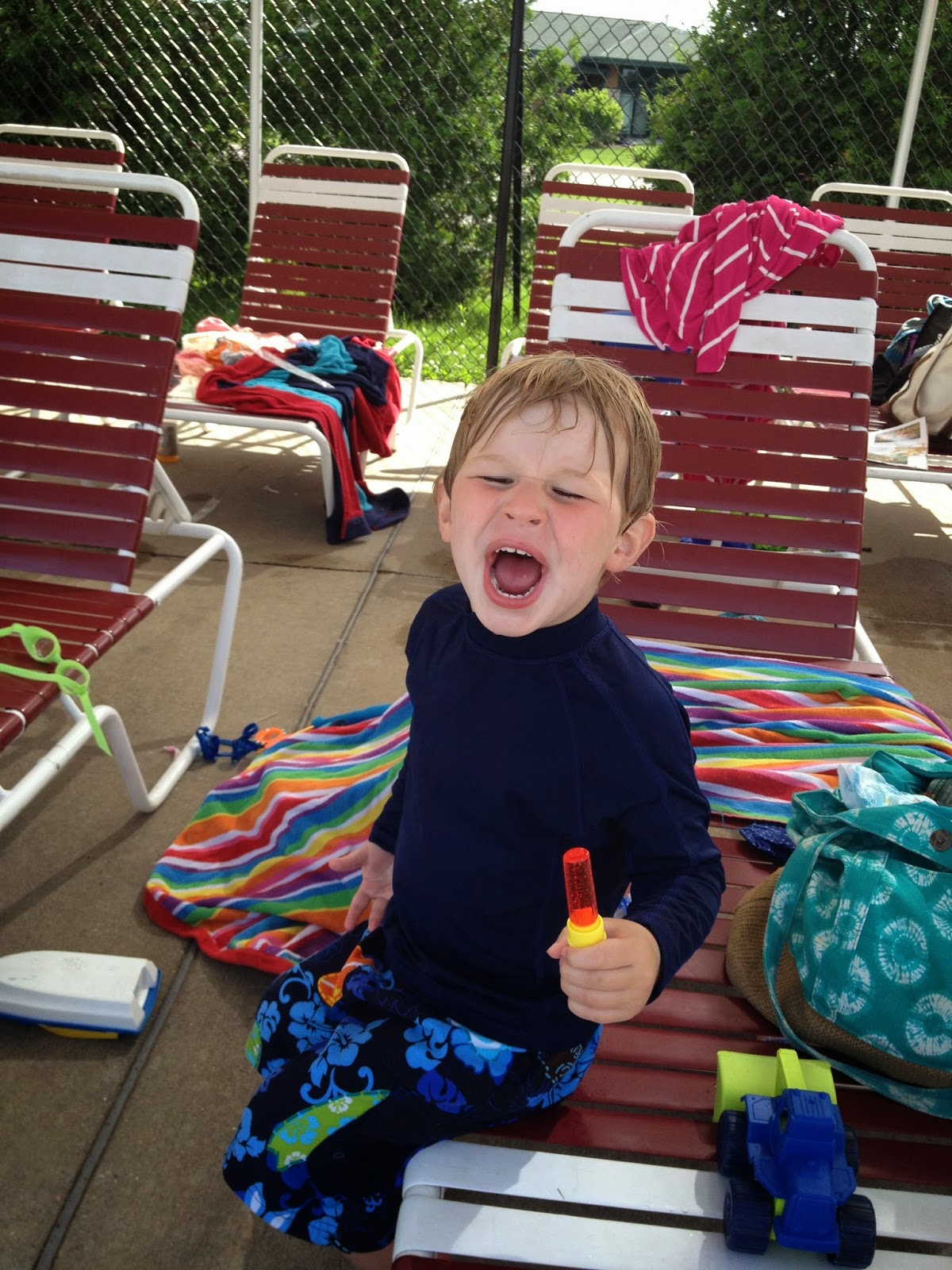 Swimming lessons are going terribly for Cooper, by the way.  Unlike Jack who was (and still is even though he can swim-- he panics when he's over his head sometimes.  At Disney he would only go in one of the pools at our hotel and called it his comfort zone) afraid of the water, Cooper is afraid of not being with me.  This sucks way worse and has ramifications for other things like, oh, PRESCHOOL that starts in September.  The first day we got off to a rough start because Dorothy fell in the damn pool just as I was escorting Cooper to his teacher, and I had to jump in and save her because she could not lift her head above the water.   It was a rough transition.  Then today, he lost his shit and made me get in with him which sucked because I was wearing shorts and an oxford and the baby. (And this other mom gave me shit because her 2 year-old waiting for lessons tried to come across the rope which is verboten and the lifeguards blew their whistle and the mom was all well this little boy is in the water over here. is this a lesson? And I was like seriously?  you really think I am choosing to be in this water right now?)  Then he threw the mother of all tantrums when I refused to buy him M&Ms after his lesson because the deal was he needed to PARTICIPATE.  Ugh.  We are trying again tomorrow with Ben instead of me and then are probably throwing in the towel.  It would be better I think if his class had other kids in it, but he is the only one.  It's super awkward.

I'll keep you posted.  Because what else am I going to do?
Posted by Sarah at 9:30 PM

Your Cooper story, minus us having the fourth baby to juggle, is exactly why I said no to putting Vivian in swim lessons. There is no way she'd go in without me, no way she'd interact with a teacher, and she HATES being held in the water and where the swim lessons are held is the only pool with no zero depth. Sooo...yeah. She gets to stay home while Julia takes lessons (because she would also throw a big ginormous fit if we went to only watch Julia and V couldn't herself get in the water).

This is hilarious ! Poor Cooper