Summer is back on, BTW

I think she is teething.  I mean, I kind of HOPE she is teething because she only has 6 teeth, but I don't actually SEE any teeth.  She comes in bed with me at like 11:00-- last night, I wasn't even IN bed yet when she woke up-- and then is restless and kind of aggressive all night long. Then she wakes up for the day by 5 at the latest. I AM SO TIRED is what I am saying.  The other morning, Ben took her downstairs at 5:15, and she fell asleep in the hallway by 5:40, so I am not the only tired person, obvs.

Last night, when she had finally fallen asleep (horizontally with her feet in my neck), Jack came in sobbing that his wrist hurt.  What actually hurt, though, when we woke up enough to understand what the hell was going on, was a nasty thumb blister caused by his splint rubbing against his hand.  We called the pediatric orthopedist the minute they opened this morning and explained the problem and scored an 11:00 appointment.  Happily, Jack did not need a cast, just a brace that he has to wear for only 4 weeks.  And the best part? The doctor gave him a brace to wear in the pool, too, and he can swim with no restrictions.  Although watching him pull himself out of the pool made me feel sick to my stomach today-- THAT HAS TO HURT, RIGHT?

Dorothy and Cooper spent some serious time in the sandboxes today.  Serious in length, and they also took the experience very seriously.  Dorothy even dressed fancy. 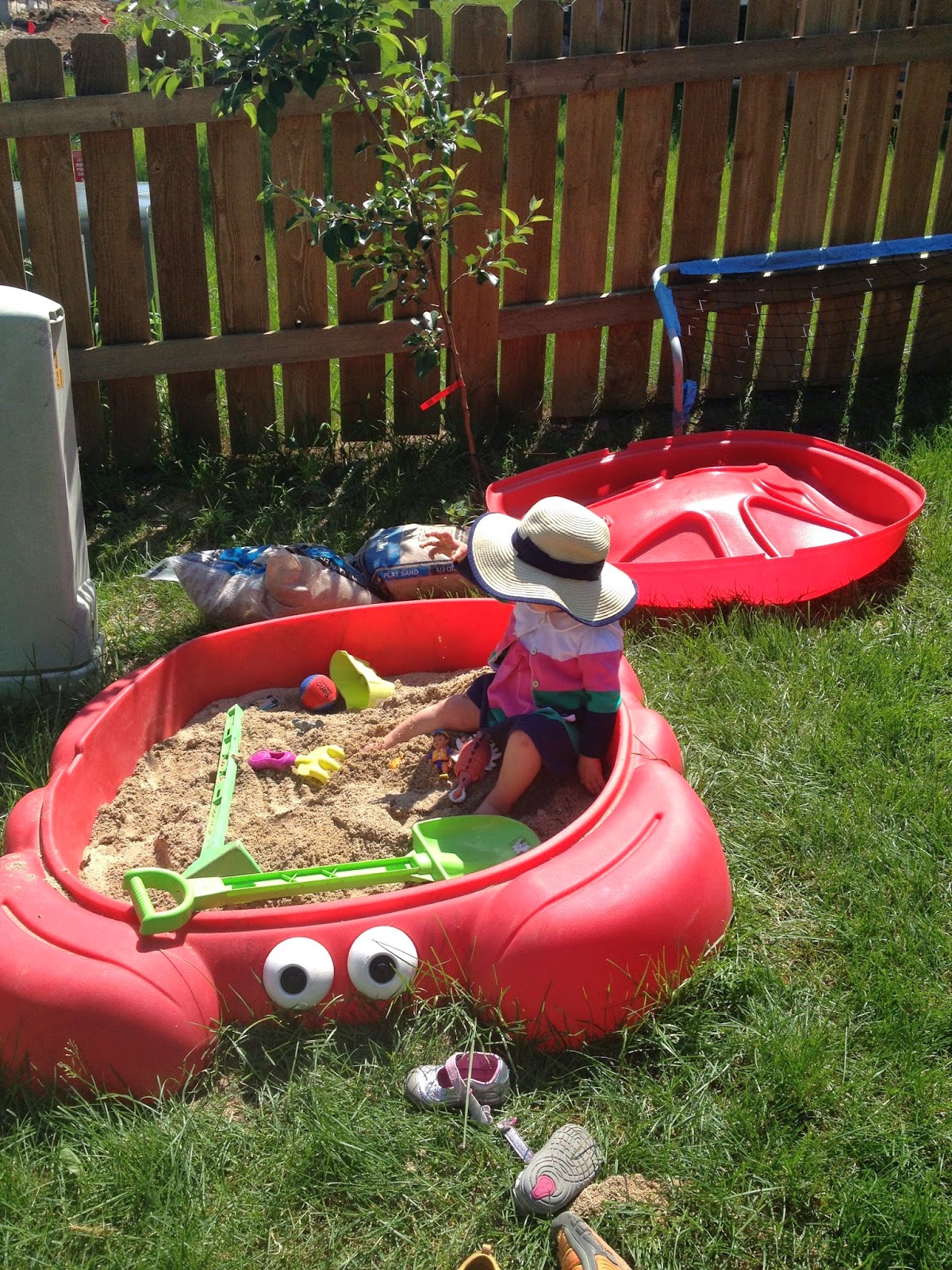 SHE IS LOOKING SO BIG THESE DAYS. 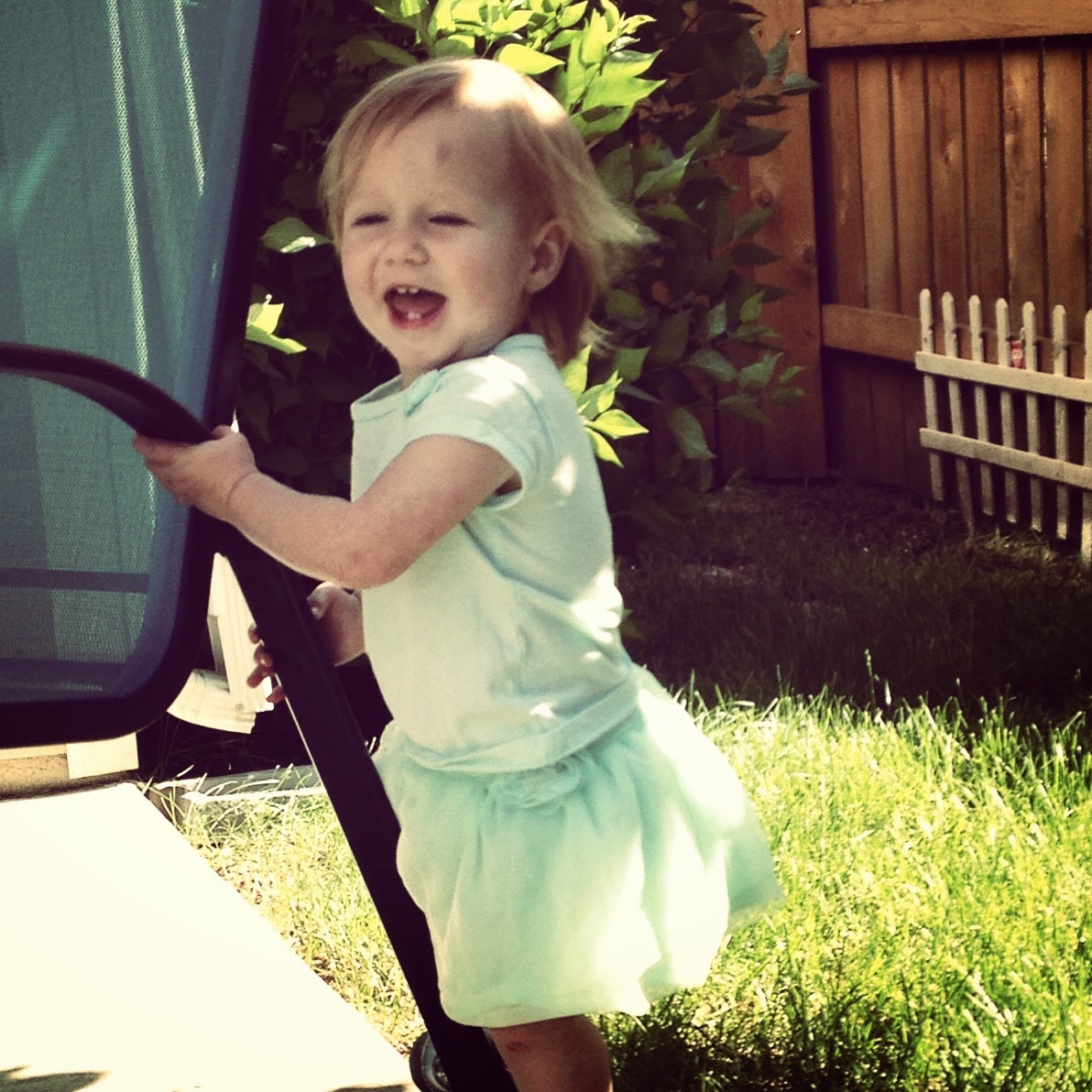 She liked her sandbox even before she knew there was sand inside. 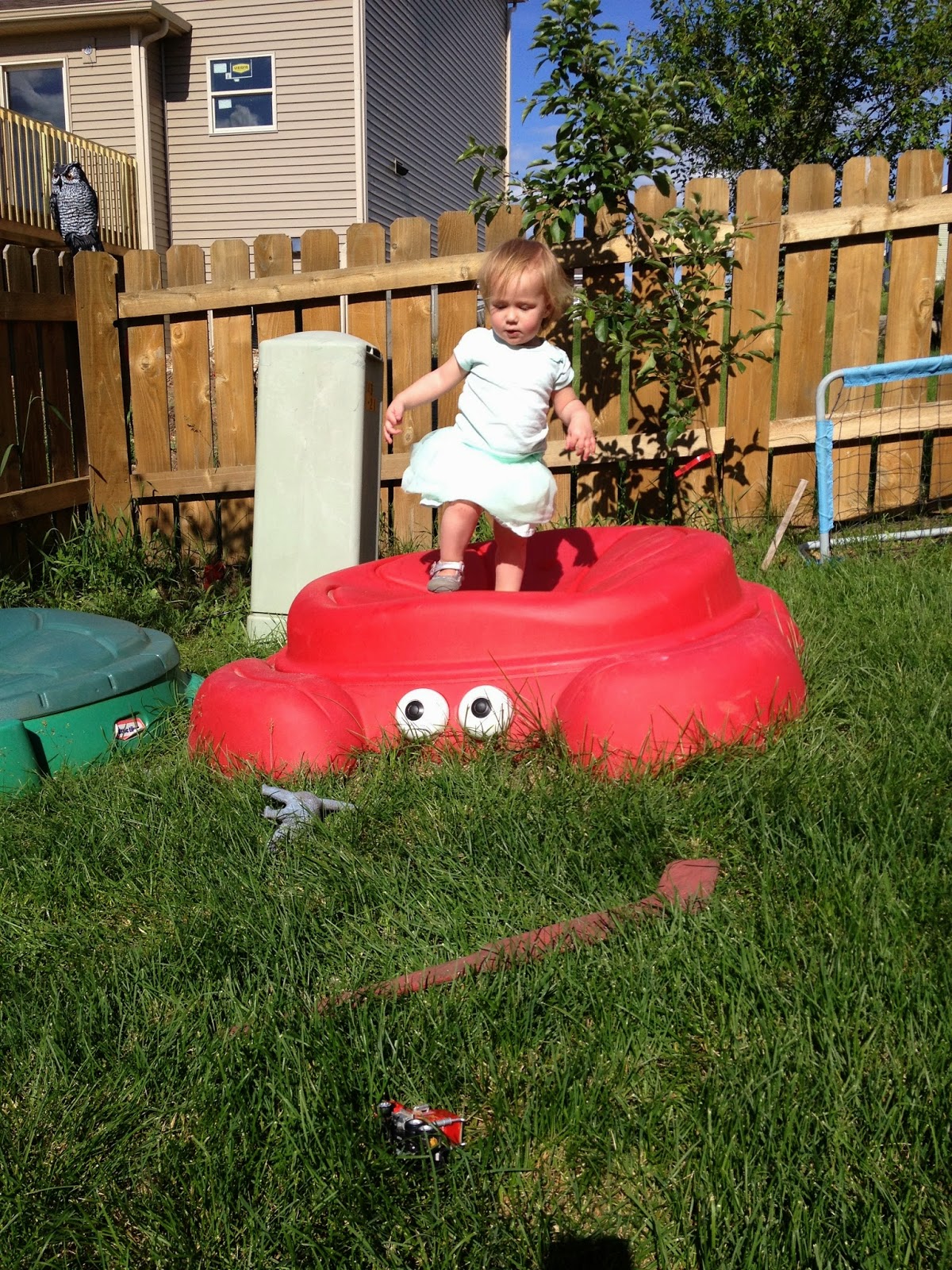 So dangerous with that mini hockey stick. 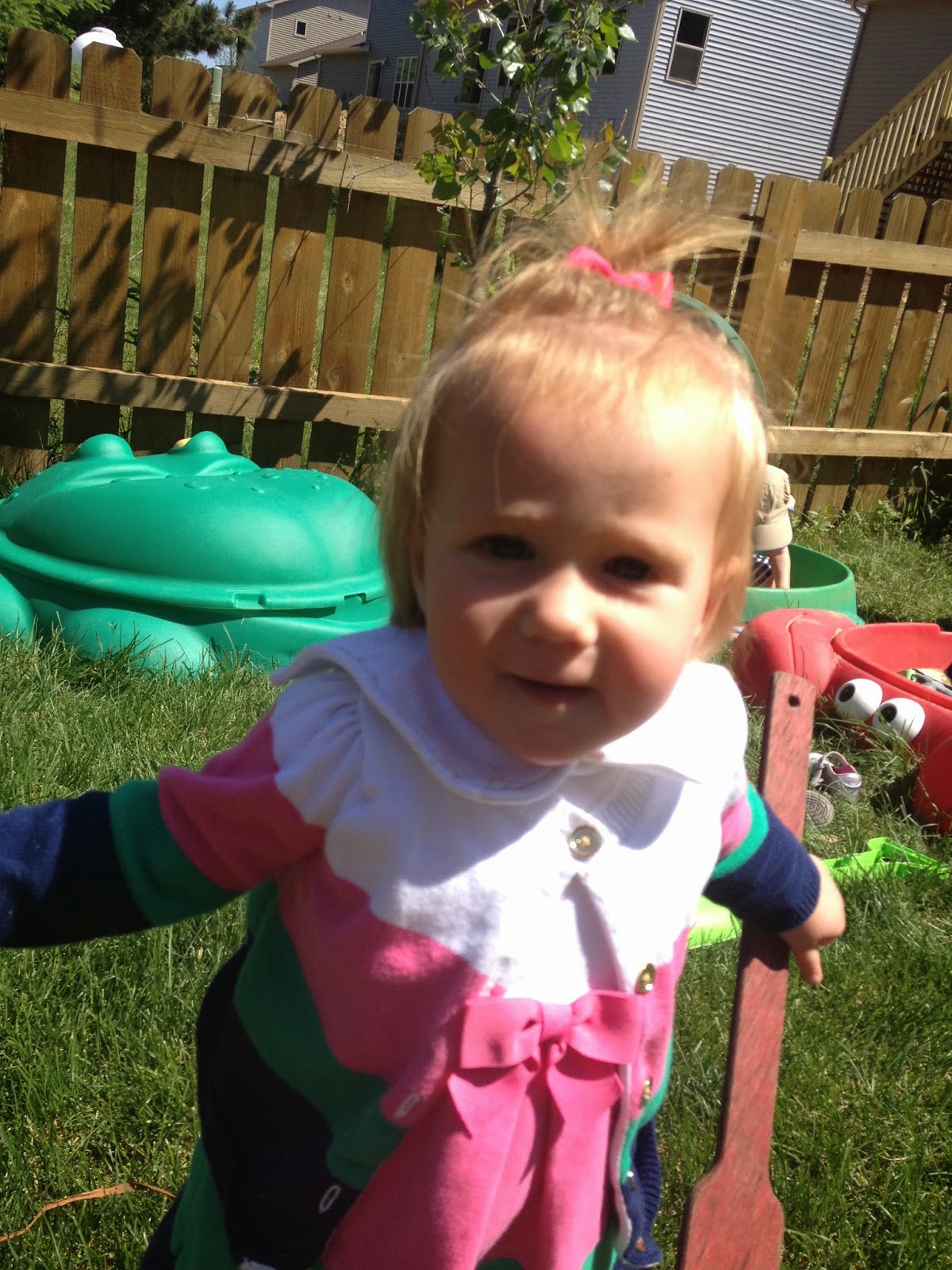 Having a pear and a cereal bar after dinner, most of which she ate IN the sandbox. 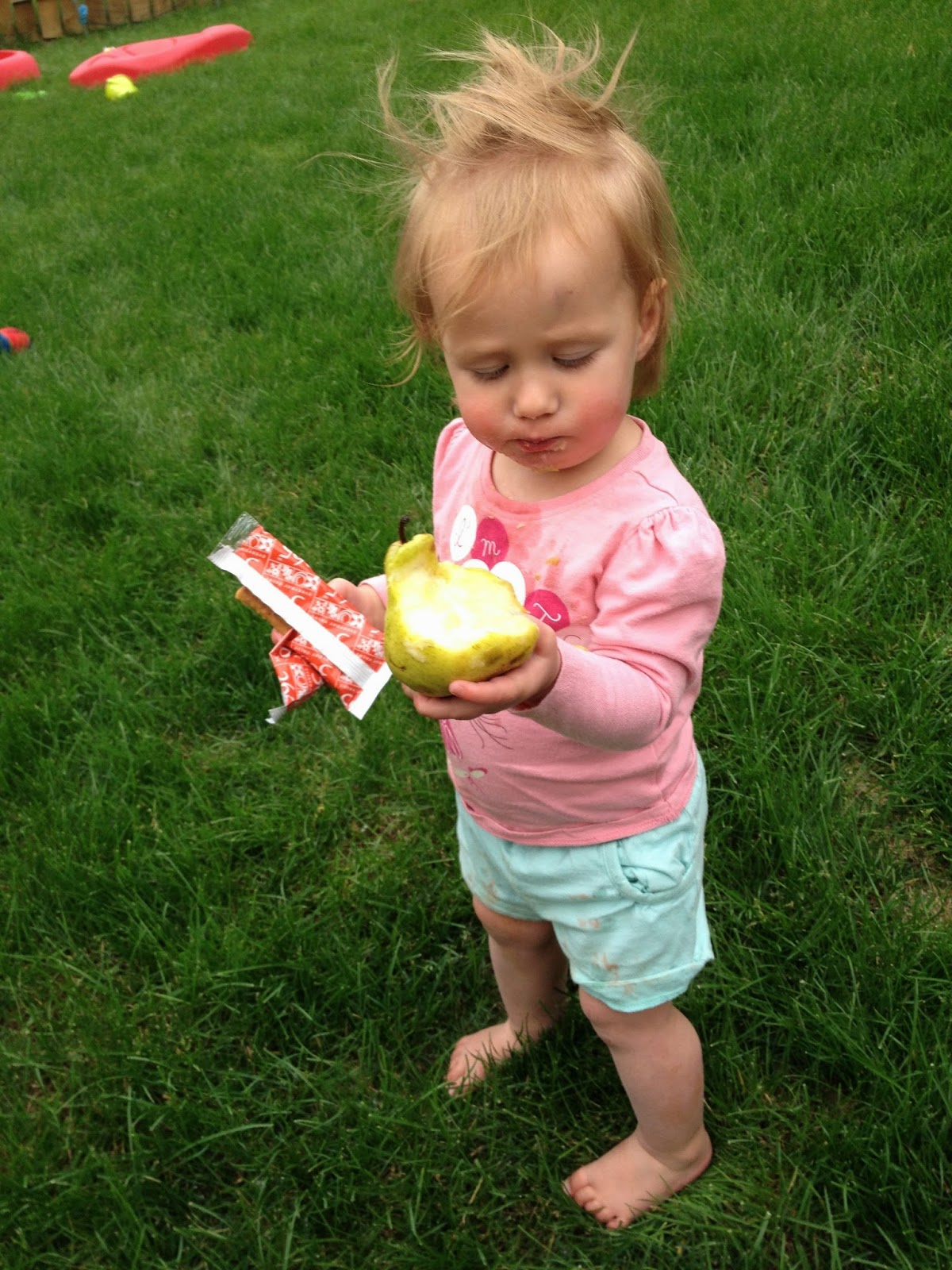 Note her sippy cup in there.  Babies are gross. 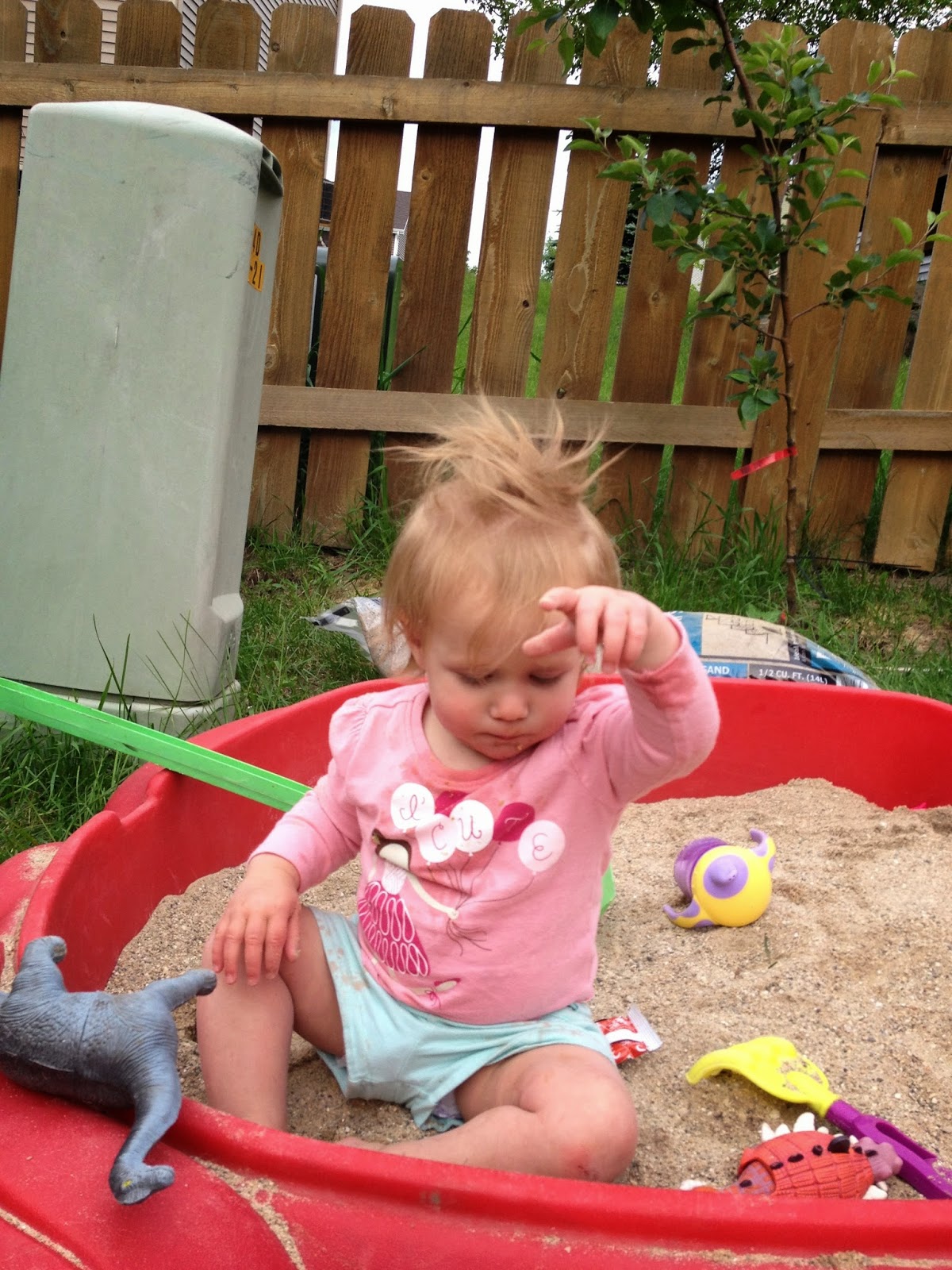 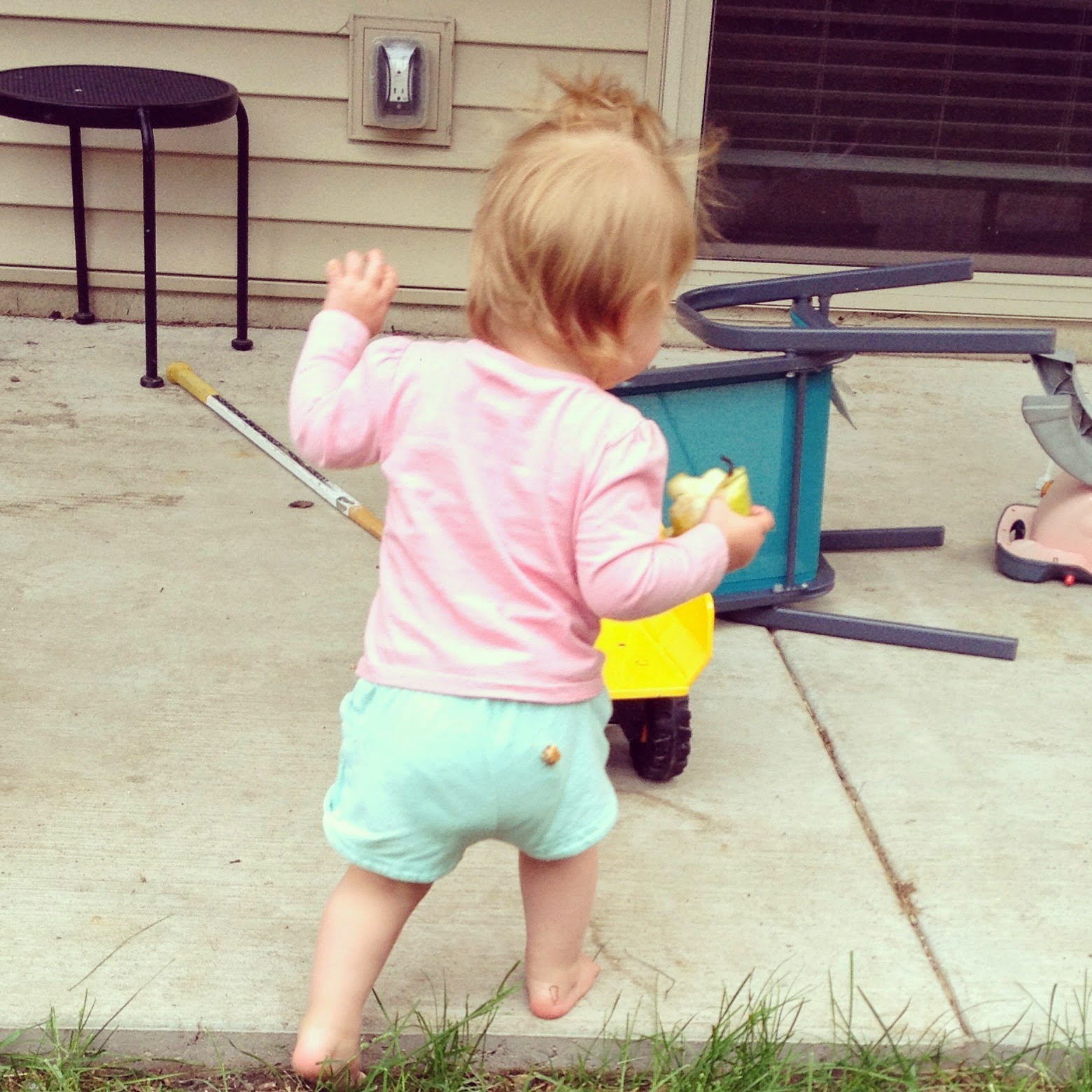 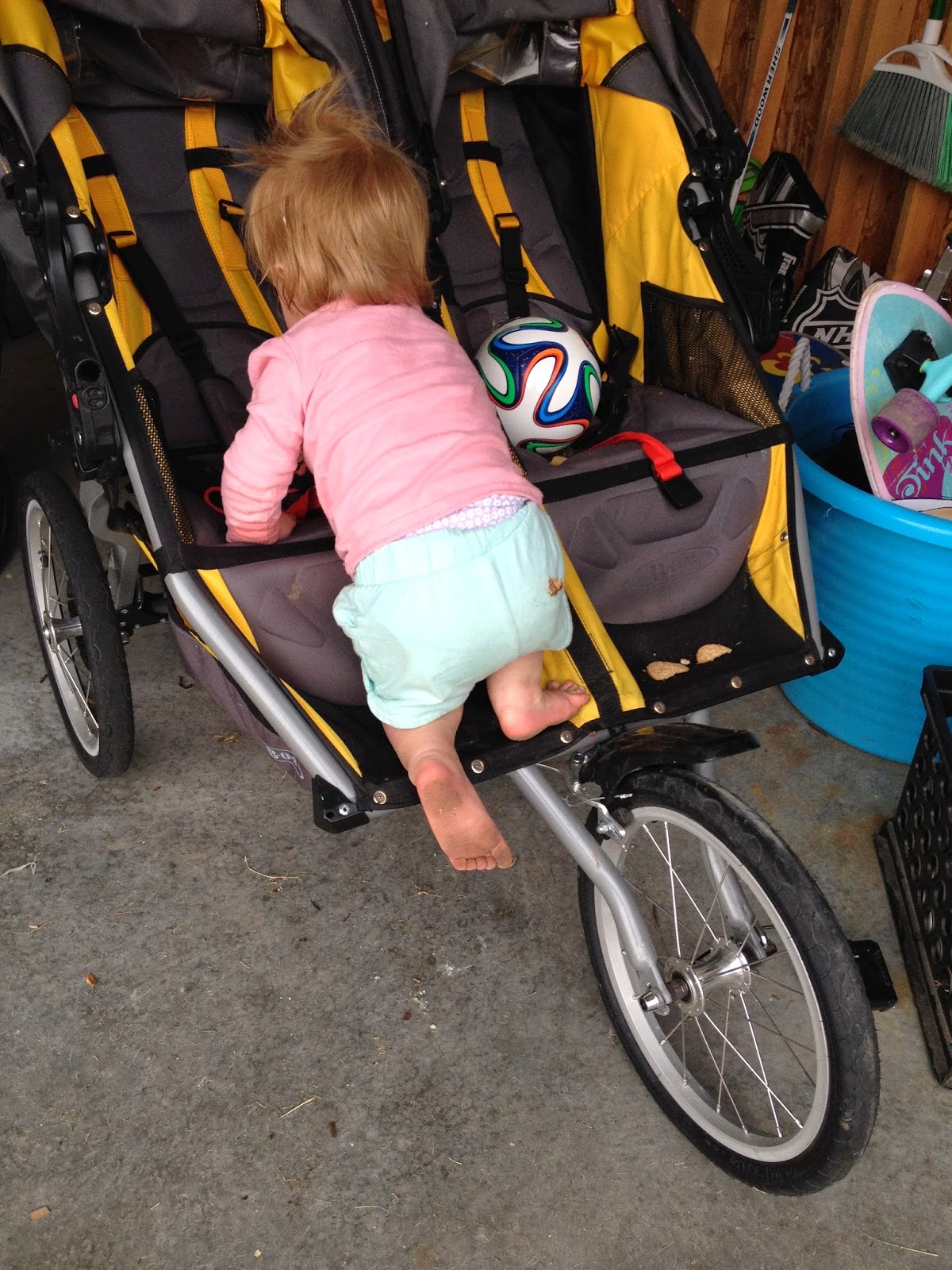 Cooper was in heaven with his "beep beeps" 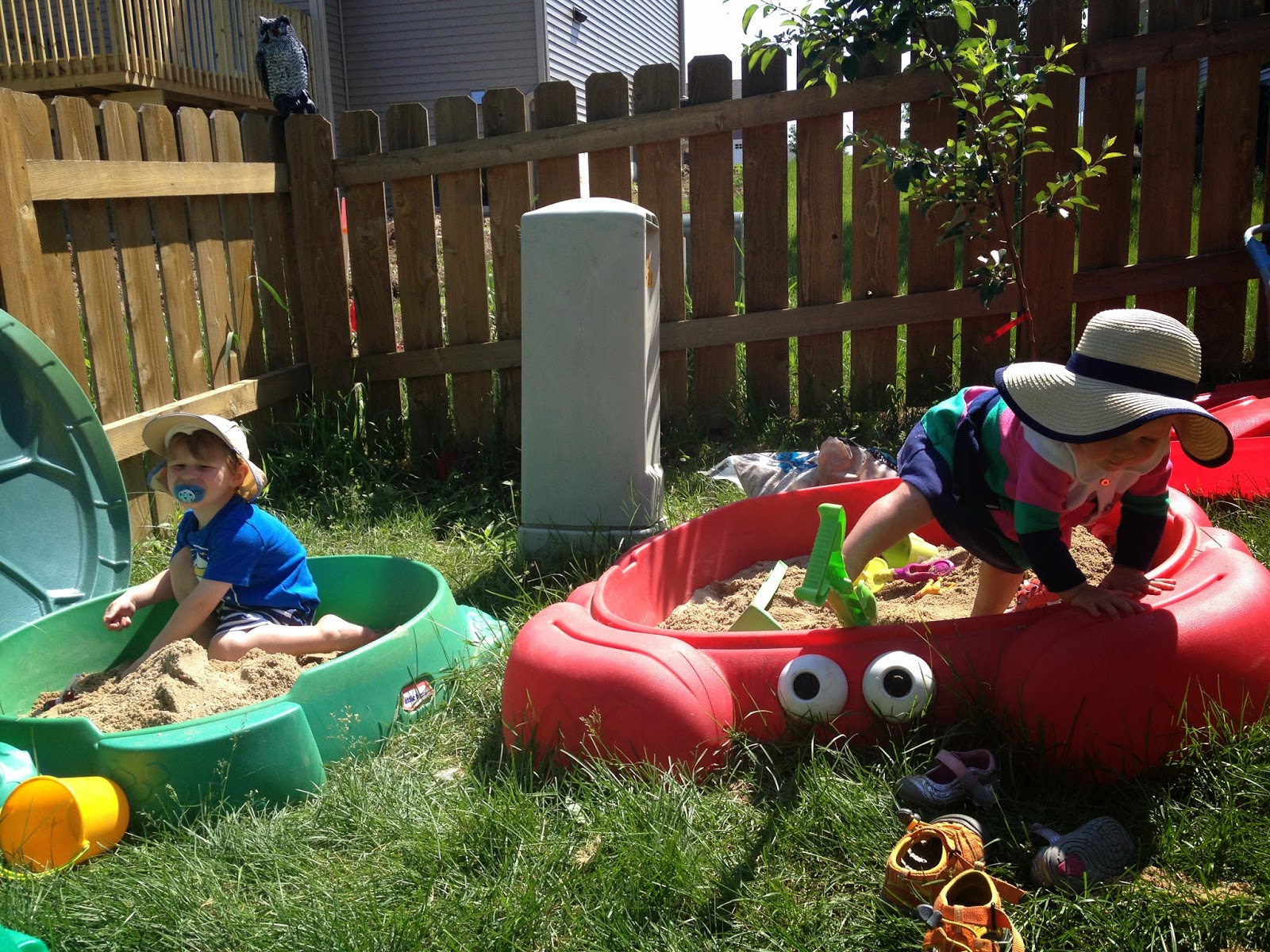 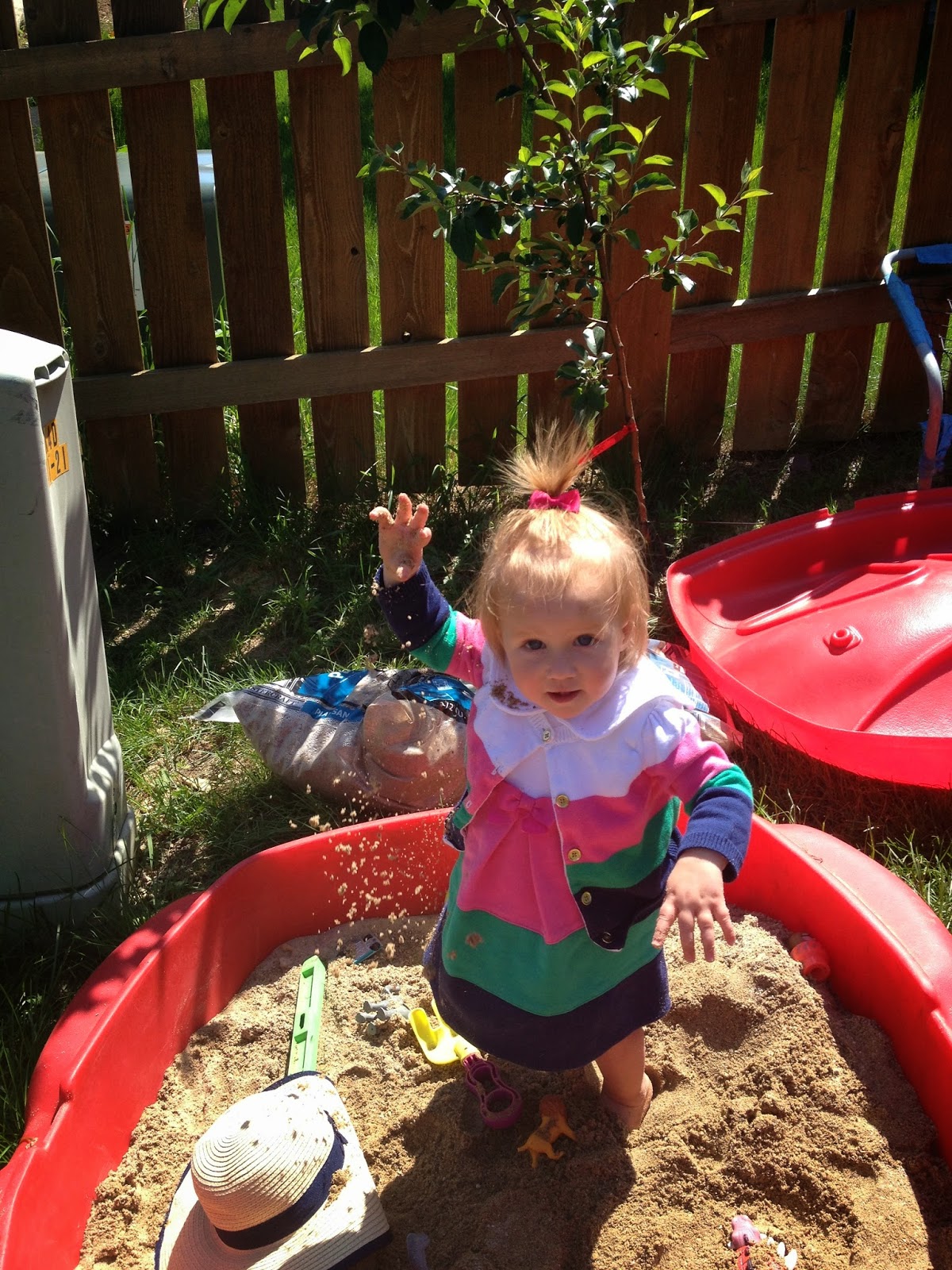 Since Jack scored the all-clear, we took another trip to the pool after school.  The only people who'd hold still long enough for a picture were the babies. 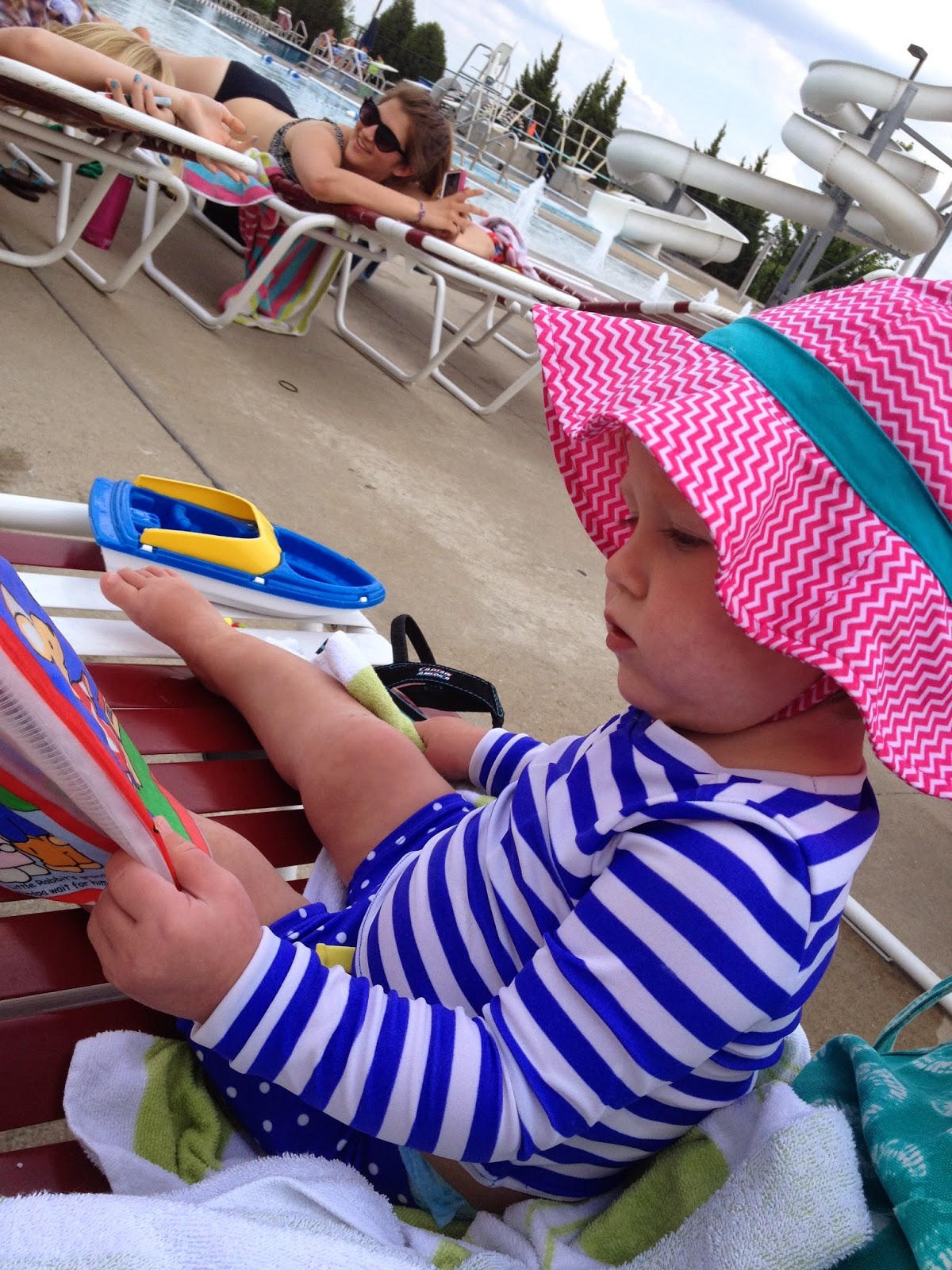 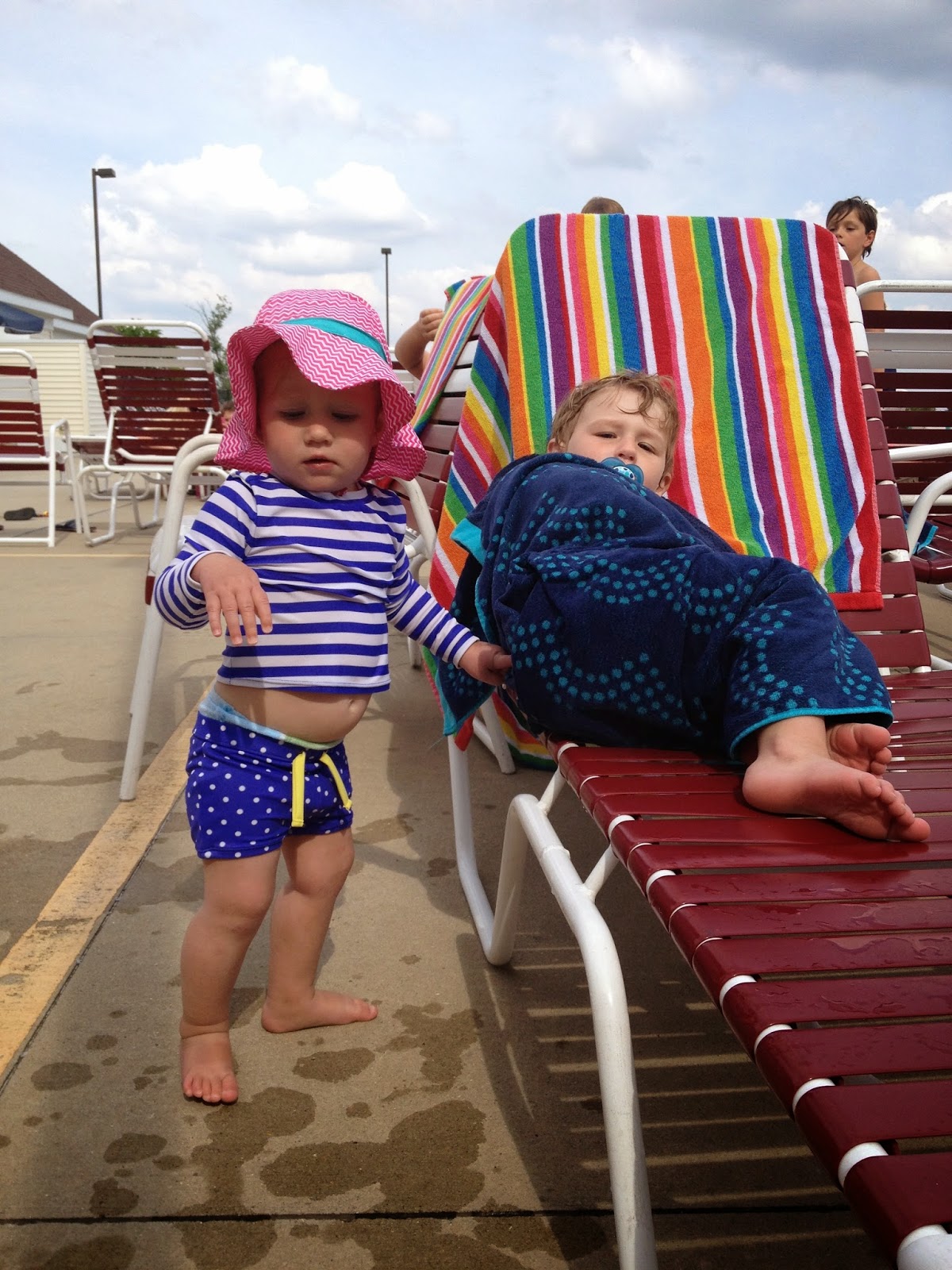 Oh my gosh she DOES look so big! When did that happen? And how can I prevent it from happening to Cora?

So glad Jack doesn't have to wear the cast all summer, life is at least 10x more fun without one of those wearing you down :).

She's like a KID all of a sudden! Wth?