Tonight at soccer, I was happily watching Cooper behead dandelions and Jack play some elaborate game that involved 2 other younger siblings and most of the practice cones when a sweaty Harry came running up to me screaming, "I need to go pee RIGHT NOW!"

I left Cooper cooing at one of the moms and gestured Jack to come with us. He was all, "I have to pee RIGHT NOW, too!" That's when I noticed Jack's gushing bloody nose.

I ran to the school with Harry in the lead and Jack next to me, clamping a tissue over his nose. We got to the front doors to find that the building was locked. Both boys shrugged and said "I can hold it," and turned on their heels to trot back to the field. I gave them my best WTF look and walked behind them back to my happy baby and his weeds. 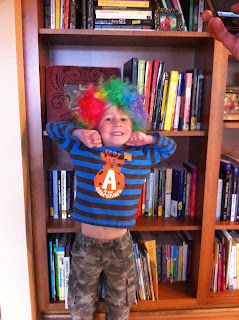 When we started Cooper on solids, he LOVED them, but for the last 3 or so weeks, he hasn't been interested at all, especially in vegetables. At Target the other day, I grabbed an organic pouch of fruits and veggies mixed together that sounded fine-- nothing but water, blueberries, beets, and apples (or some other combo-- can't remember). He GOBBLED them up and then ate a jar of carrots I've had in the cabinet forever. But the homemade stuff I slave over? He won't touch it. SO we are all on jars now, and it's a great time saver. 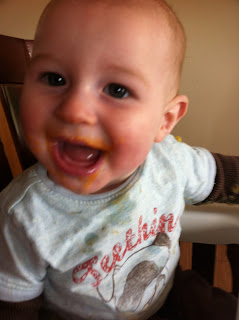 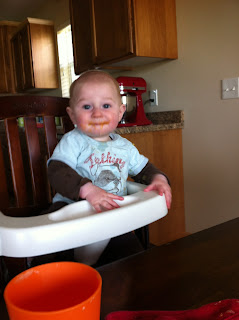 Harry had a hard day at the office and needed to unwind with a kiddie cocktail. He was horrified, by the way, when he discovered this drink was made with 7-Up. "Soda?" he sputtered wiping his tongue. "Do you want me to get cavities?" He totally judged us for ordering it. (Jack abandoned his after scrubbing the inside of his mouth with a napkin because it was spicy) 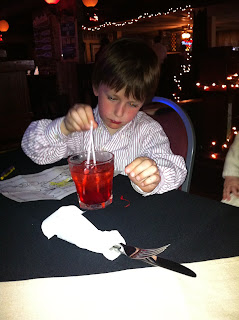 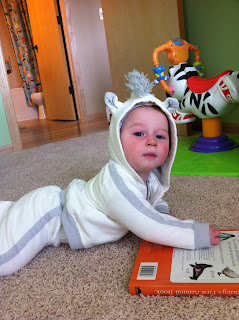 Harry and Jack gave an impromptu concert on the lawn and were sad no one came, even the neighborhood barefoot runner who actually runs without shoes. 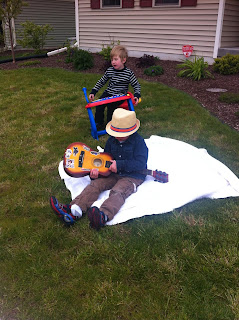 Jack worked hard on his birthday party thank you notes 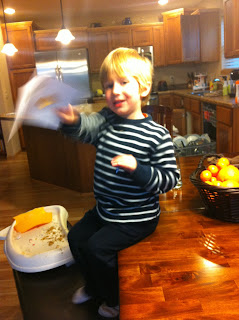 Today we went to the park 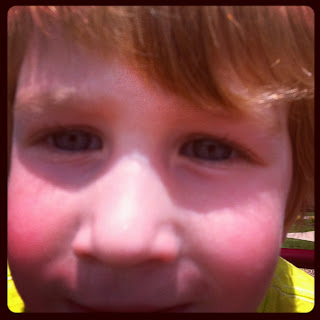 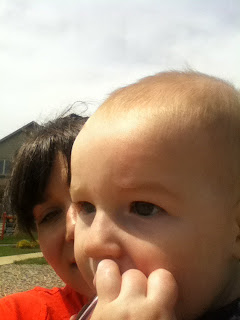 Jack is looking so grown up all of the sudden!

Yay for jars. Easiest food ever. I made some squash James loved but then it got to be too much work, so bring on the pouches!!

So hilarious--Harry looks like Don Draper after a hard day with that soda cocktail.