May the Fourth Be With You

Even the kids were pensive. 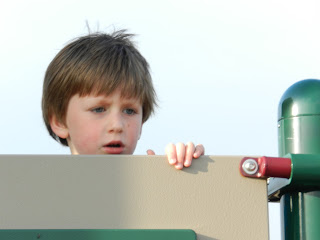 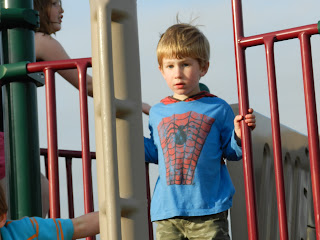 The Bjorn is nowhere near as comfortable for me as the Ergo, but Cooper LOVES to face front 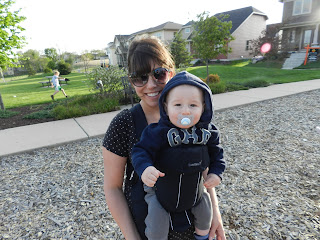 On the way home, Ben kicked the kids' asses in a few races. There he is claiming victory 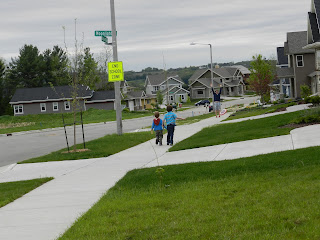 Jack fell on his face, but he got right up and kept running. With, as you can see, a bloody nose. 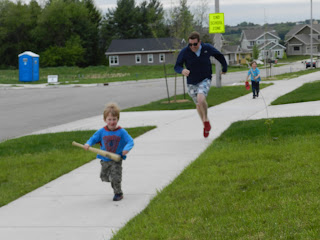 And there's Ben snatching victory from his bloodied child by jumping over Jack's head. Ben's not really a let-the-kids-win kind of guy. So those Chutes and Ladder victories are well deserved, boys. 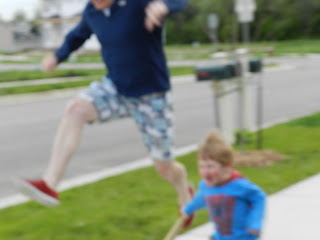 Kidding!  I'm kidding!  They had a big head start.  Also, he lets them win all the time.  These pictures just made me laugh.
Posted by Sarah at 8:32 PM

No need to qualify. Go Ben! The sooner they learn, the better.

Cooper is HUGE! When did that happen?

that last picture is priceless! LOL