On the spur of the moment yesterday, Ben got himself a little back-to-work present, a Prius 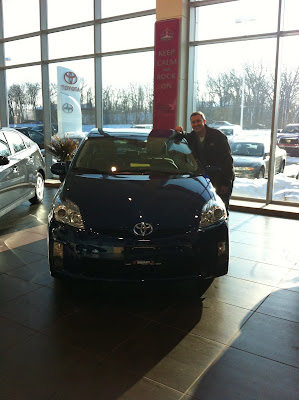 It's pretty adorable. I feel like if Apple made a car, this would be it. It makes his new commute a little less crappy, especially since the dashboard computer has this cool screen where it shows you your average MPG for the last 5 minutes-- it's totally like driving in a video game because you can try to beat last 5 minute's mileage.

Our dealership has this really loud and prominently displayed gong they make you ring when you are about to drive off in your new car. Last time, we made Harry ring it, but since he was at home with my brother, Ben had to reluctantly sound the gong. He was SO EMBARRASSED when I took this picture. 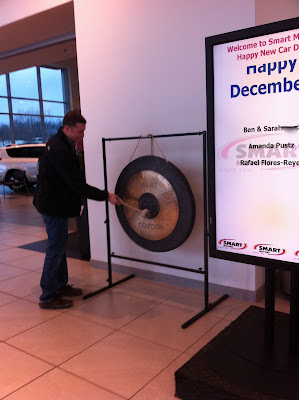 We were supposed to drive it to Pekin this weekend to celebrate Chrismukkah with my parents, but it's freakishly warm here and we're covered in dense fog. Most normal people would drive anyway, but we got stuck in the fog for 9 hours on the expressway when Harry was little, and there were fatal accidents on both sides of us. Naturally, we're a little gun shy in the fog, so we stayed home.
We played with an odd assortment of tiny toys 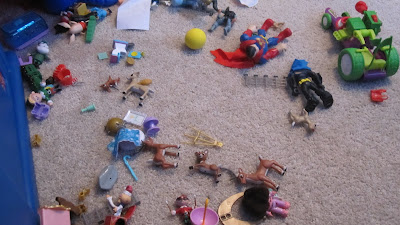 Harry looked askance at me for some reason 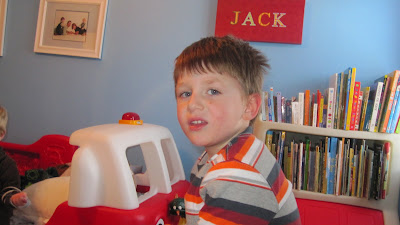 We went to IHOP 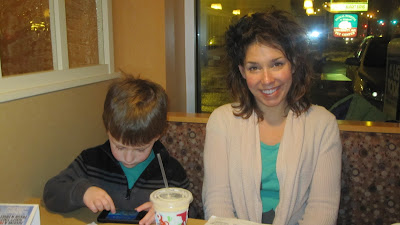 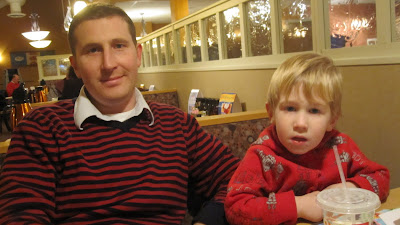 The boys both payed with our phones. Harry was absorbed in Angry Birds. 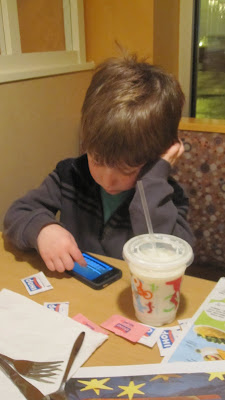 Jack was getting kind of stressed out about Monkey Lunchbox 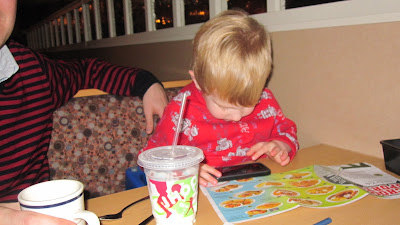 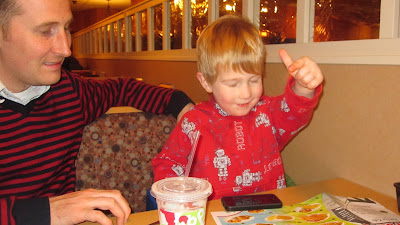 Because we didn't go to Peoria, we no longer have New Year's Eve plans. We went to the grocery store, and Ben told the boys he;d make them anything they wanted for dinner tomorrow. Harry requested a "feast" of chicken legs, cucumber, fruit salad, jello, and orange juice. Okay then.

Jack caught up on the latest Eric Braeden gossip. 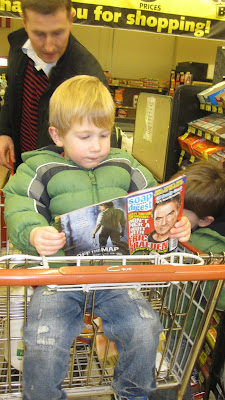 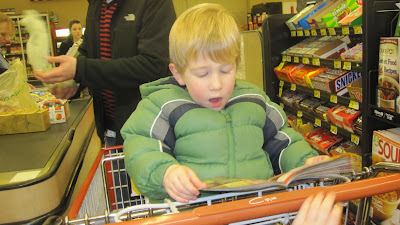 This cracked me up. Sorry you couldn't make it to your parents, but your New Year's sounds fun and congrats on the new Prius! It's adorable.

Ooh, exciting!! Congrats. Love your New Year's plans. They actually sound far better thought out than ours this year!

I have an enormous angry birds addiction. In fact, your post reminded me that I haven't played it yet today...excuse me for a while...

haha! Love that picture of Jack!

I remember you post about that awful drive home and the accidents. that seems like yesterday! oy, time flies.

congrats on the Prius; we always joke that we must have come to California right after they stopped giving them away out here--it seems like EVERYONE has one here & we wonder why we weren't simply issued one at the border...

Don't they issue Priuses (Priusi?) with every driver's license you get in Madison? Hee.

Sorry about your NYE plans, but sounds like it ended up being fun anyway.