Last night in our quest to not raise capitalists who lack moral compasses, we took the boys to a children's Christmas Eve ceremony at our church. Harry was stunned and thrilled when the service opened with a rousing Jingle Bells and some children- handling-fire action. He was also totally stoked to hear that the manger and Little People he's been playing with all month have a STORY! He wants to visit this famous manger and maybe watch some movies about it. Erm. (Also, the way our church handles Christmas is perfect for us, all about how every baby is a miracle and holds the world's potential and is a special, special snowflake.)

I look exhausted in this picture because Jack is not really church service material. 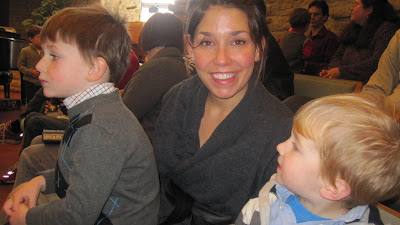 We came home to find that Santa's elves had left a package in our fireplace with Despicable Me, some movie candy, and new pajamas (which Jack later refused to wear and screwed up all my Christmas morning pictures. Grrr.) 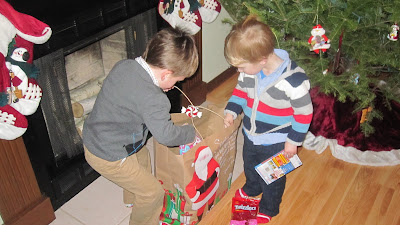 Harry and Jack made a plate of cookies for Santa and veggies for the reindeer and wrote cute little notes to go with. 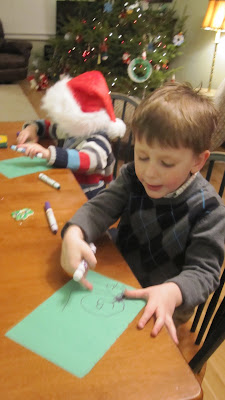 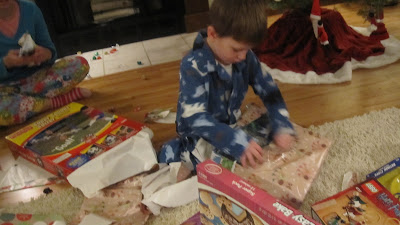 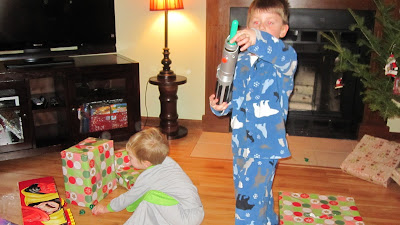 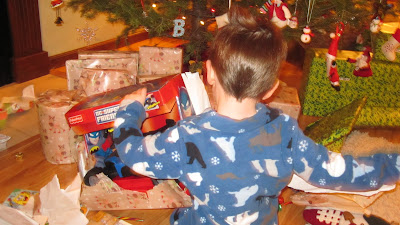 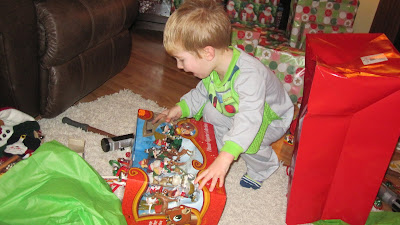 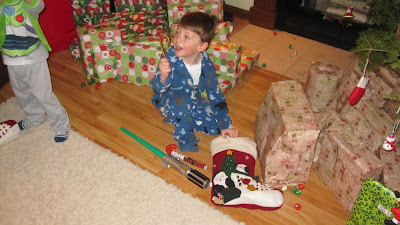 Including DORA'S HOUSE! It appeared! 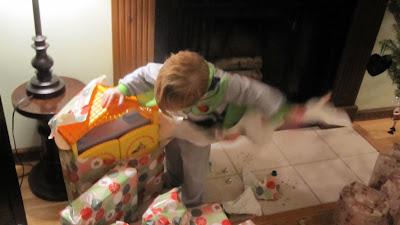 Jack has been playing with it all morning 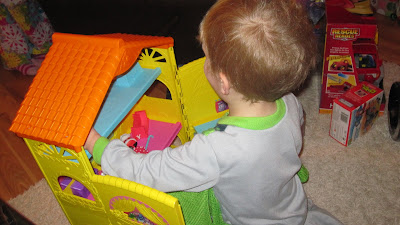 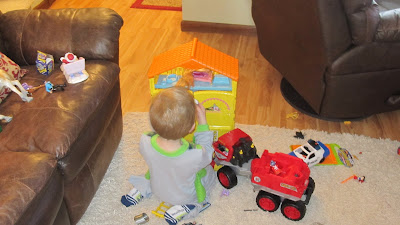 Here's his other favorite present-- a fire truck. He had loaded it with Rapunzel, Boots, and Dora. 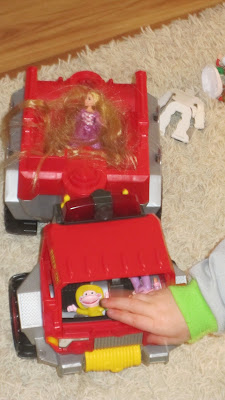 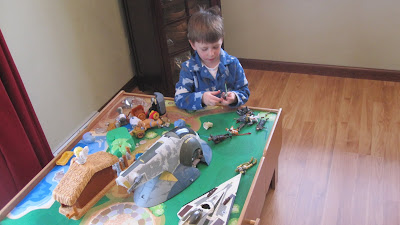 More later. I need to go eat some more monkey bread.
Posted by Sarah at 11:06 AM

Looks like great fun! We also had some issues with pajama compliance. What can you do?

Julia wet through her Christmas Eve jammies and insisted on wearing her Buzz ones instead. It worked out, though, since she received lots of Toy Story paraphernalia and kept showing the new toys her pajamas.

I love how your children allow their toys to mingle. :)

Yay Dora's house!!! I love the first line of this post! LOL