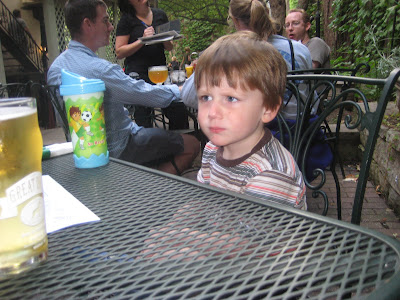 I am officially overbooked.

I thought this semester would be the perfect blend of full time worker, haus frau, and concerned, actively involved mom. I haven't even taught my first class yet, and I think that those 3 things can never be blended just right.

I am already sick of going to the gym at 5 am. While Ben and I both enjoy cooking at night and while I do actually find peace of mind cleaning my bathrooms, it's also nice to have time to sit on the couch and stare at the talking glowing box.

Because preschool hasn't started yet, I had to take Harry with me to Jack's LIttle Gym class today, and we ended up leaving 20 minutes early with BOTH kids crying. Then we ran straight to a room parent meeting at Harry's new school where I was so distracted by Jack's sand eating and penchant for flinging himself off the jungle gym that I almost missed Harry whacking some girl upside the head with a shovel and exclaiming, "Someone hit that girl." Um, yeah, Sybil. You did. Then Jack crapped his pants so disgustingly that I smelled him across the playground, and we left in the middle of a conversation I was having with the the 2 other moms in my room about the upcoming year and our projects as room parents and I didn't realize that I drifted off mid word until about halfway home, when I wantd to go back, but I figured the meeting was probably over, and I was almost late to work.

(and that, freshman writers, is how you craft a run-on sentence)

Work, though, is lovely and relaxing and not only is there a food court and a coffee shop in the brand new building next to me, there's also a no-fee ATM, a cute trendy boutique, a Walgreens, and an Aveda beauty school that carries a full product line and does cheap mani pedis.

Harry has been generally screamy and out-of-sorts lately. He also says his teeth hurt and jabs at the back of his mouth. Do they teethe at 3?

I think he has some anxiety about starting at a new school because he's especially terrible when the subject of his school comes up. We're having a playdate there with his oldest friend this week, so I hope that will help. And we meet his teacher next week. I already had my teacher conference at his other school, the one he's been going to since last September, and he's nothing but excited about that class. Maybe I'm nervous about his new school, and he's picking up on it? 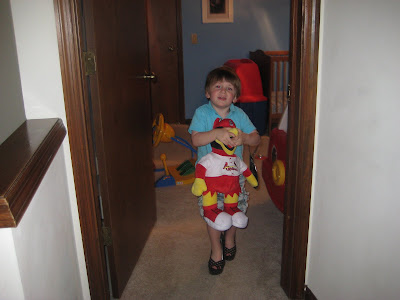 But really? I know I'll miss my baby someday. 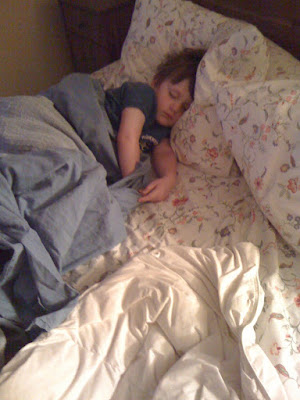 you always seem to hit the subject right on...I was sitting here laughing out loud at your latest adventures, things will eventually fall into place, but evidently not for a while...just think if Jack were a fowl you'd want him to eat sand for his gizzard. Bomma

He he this is a good laugh out loud post. I loved your run on sentence and I could feel the exasperation pouring through.

I told another mother how great it was that my kids went to bed at seven because I was "done with little kids at seven" and she stared at me like I said we prefer waterboarding to timeout. I am looking forward to kindergarten too!

Love the misbehavior on the playground. Classic. I have the train thrower and the train sucker at Barnes and Noble.

I think the other parents are just in shock that you would say it. I think we all have times where we are happy the kids aren't at our feet or under our watch! I know I love it when my husband gets home and it is his turn...

HA on everyone leaving in tears 20 minutes early. Poor Jack gets screwed doesn't he? He'll be only child soon enough when Harry is back at a school!

And all my mom friends are like you and I -- they aren't afraid to say what they think. One told me yesterday that when people ask her why on earth her kids go to bed at 6:15 (they don't nap) she replies, "Well, by 7:30 we've already watched 90 minutes of TV and yours aren't even in bed yet." Hilarious.

Where did he get the Cards doll?

and that run-on was beautiful, btw.