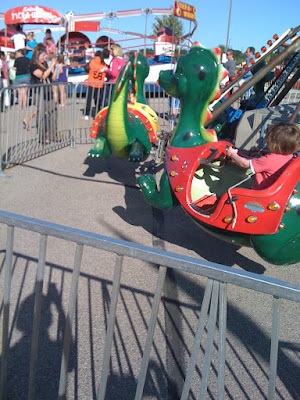 Just like last year, we stumbled upon this cute little parking lot carnival at a local high school. Unlike last year, Harry could ride rides, and Jack could toddle around eating funnel cake and playing with outsized blow-up objects instead of enjoying the festivities strapped to my chest in his Bjorn cocoon.
Harry looked really chill the whole time on this dragon ride. I got exactly zero good pictures, though, because I forgot my camera and had to use my phone and am too short. (also, Harry has really cool hair right now. I kid you not, the last time we got it cut, I told his stylist we were working on a Zac Effron 'do, so she made it really piecey, assuring me it would look so cool when it got shaggy. And it DOES.) 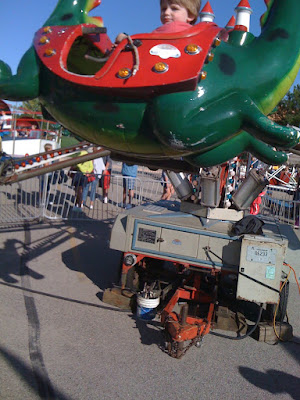 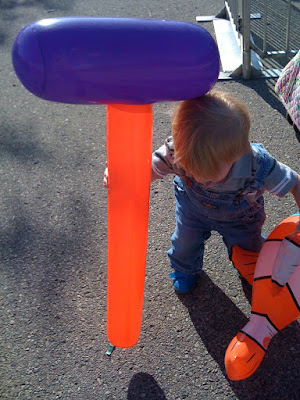 At our favorite pizza place for dinner, Harry played with the restaurant-provided legos and had a major fantasy world built by the time the salad arrived-- he is deep in imagination play here. 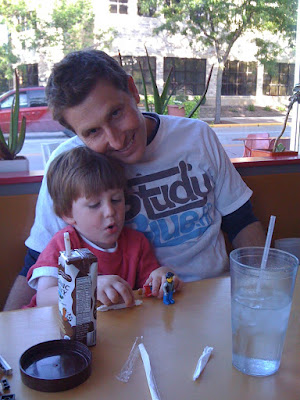 Cutest picture of Jack ever, huh? 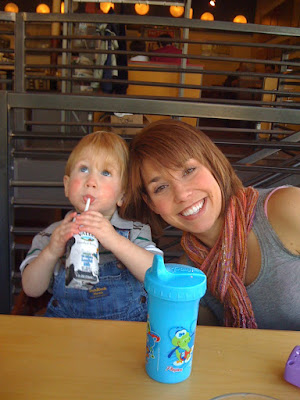 And then my dumb, dumb self let them take their blow up toys in the tub. It was all fun and games and near death drowning experiences until mean old mommy took the toys away, and both boys screamed so loud Ben came in from outside where he was diligently grilling turkey breast because he heard the commotion and thought a massacre was happening in the bathroom. Fun times. 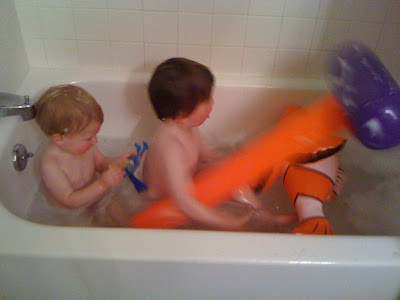 Sounds like a fun day! And taking toys away from kids always results in screams. I bet you would have had to pry them out of their hands for bedtime anyways :)

Ah, I love it when they scream so loud the neighbors wonder if they should call 911.

Workin on a Zac Efron thing?LOL