Things are looking up 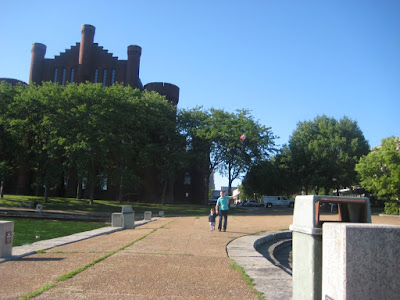 The highlight of my day yesterday was opening a box of public speaking textbooks I planned to give to my TAs on Monday and finding the box filled with tomes titled Tonal Harmony. I'm sure this is a lovely text. But it's not the lovely book I need first thing Monday morning, you know?

So, I new today HAD to be better than yesterday.

And so far it is exceeding my modest expectations.

We also enjoyed the terrace one more time before the students descend next weekend. 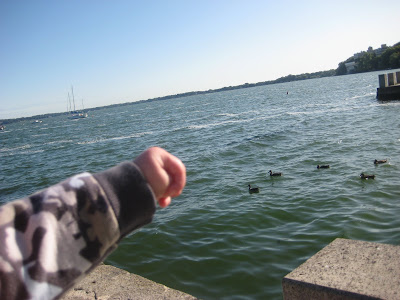 Harry and Ben did some serious kite flying 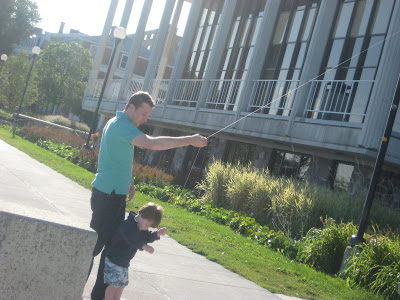 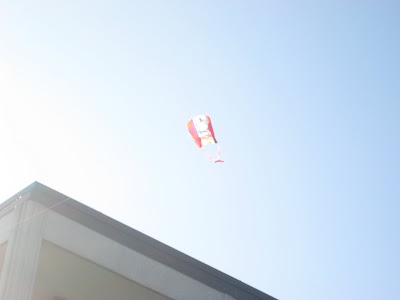 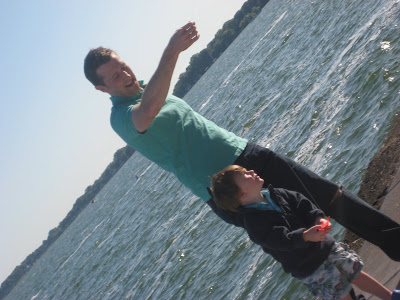 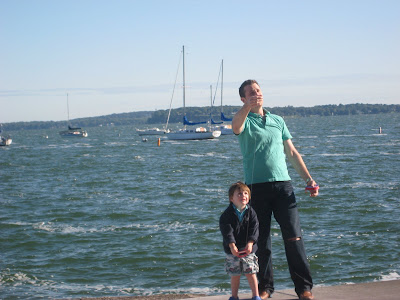 Moments after this idyllic shot, because we were at the student union, Ben and I reminisced about the time Ben was building manager of the Ball State student center to supplement his grad student income of $436 a month and the building caught on fire and Ben was supposed to be the last man out, but he so resented helming that sinking ship that he never went back to work there. Also, since the building burned down on his watch, he was taken off the schedule. And then Harry asked seven million questions about the fire, and kept asking the same questions even after we answered them several times, and we had to gouge our ears out with knitting needles we borrowed from an old lady pulling a wagon full of sweet corn and tissue box cozies. The end. 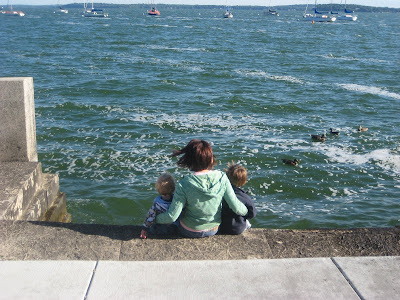 What a pretty lake! I can't believe you guys are wearing sweat shirts already. I am plenty sweaty in my tank tops still.

How on earth do I not know about the BSU student union thing? The job or the fire?!? That is completely hilarious. I was in Muncie today b/c husband's grandma lives there. We cruised through campus like the old folks we are and passed the student center on the way... It looked alive & well.

LOL Kim. It was his first semester, I think.

I really want to road trip it to Muncie and Oxford-- I miss those campuses and all the great bar food.

Your pictures make me miss Madison even more - the late summer/early fall was the BEST (and it was always nice to be on campus then because it wasn't such a mad house). So jealous!