Even yippies get the blues

Today has been a terrible, horrible, no good, very bad day.

Which is odd because a lot went right today.

I saw the sun rise out the gym window at 5 something this morning, and according to the locker room scale, my driver's license weight is no longer a lie. After my shower, Ben and I snuggled in bed with Jack for at least 20 minutes, which might be the longest he's ever had us to himself in his whole life. Harry slept in until 7:30-- which is like noon to a a normal person-- and woke up dry and chipper. The boys and I got dressed early and hung out on Harry's school playground for an hour before school, and Jack and I had a relaxing pre-Little Gym coffee (and milk) date. Jack took a surprise mid-morning nap, and I watched some HGTV before heading to the office to wrap up some loose ends, a task I accomplished with shocking efficiency. On the way to my car , I bought a fairly disgusting amount of Nerds gumballs and chewed 3 packs on my drive. I was home by 3:45, secure in the knowledge that my dinner was already made and waiting for me in the fridge-- the kids' plates were even filled with food cut into bite-size chunks and snugly Pressed and Sealed-- and ready to take Harry and Jack back to the playground.

And that, my friends, is when it all turned to crap.

(not totally fair, I guess, to blame all of my day's angst on coming home, I guess. I was murderously angry when my alarm went off at 5, a feeling that did not dissipate until about 8 minutes into my sluggish workout when I finally broke a real sweat and felt the first drip of endorphins. Harry almost made me stab myself in the ear with my tweezers because he could not stop tattling on Jack while I tried to get dressed after breakfast. Jack was a crabby slab of crab at LG and didn't want to do any of the skills and almost sunk his chompers into another baby's roly poly arm when she took his blue ball. my office thermostat was set on 55 when I got to work today, and I was wearing shorts and a tank top and my toes turned a little blue by the time I left. so, yeah. there were annoyances scattered throughout the day.)

When I walked in the door after work, the kids were red faced and sullen, eating little bowls of Teddy Grahams and watching the wildly inappropriate Incredible Hulk cartoon they are currently in love with. They had been playing outside, and Jack's morning nap was his only one of the day, so both of them were nearly hysterical with fatigue.

"Nothing," Harry replied. "Can you move? I'm trying to watch the T E."

As saintly Jamie gathered her stuff and gave me a run down of their day (which sounded really fun and outdoorsy, 2 things that don't always describe the days the 3 of us spend together), Harry and Jack both just sort of whined at nothing in particular.

"Want to go back to the playground?" I asked them.

"No fank you," said Harry, who has been working on saying "pease" and "fank you" at school and loves to practice at home. "I want to go to the toy store and buy a toy," he told me.

He blinked at me in disbelief, opened his mouth, and screamed a long, loud, wail of distress. "I want a toooooooooy," he cried, tears instantly appearing in his eyes and raining down his cheeks.

Jack pointed at Harry and laughed, then he shoved another fistful of Teddies in his mouth and turned back to the Hulk.

Harry screamed, danced, jumped, and repeated his request for a new toy, pulling his hair, rending his garment, and raising his voice even louder when I politely declined.

His tantrum was so funny, I called Ben 3 times-- until he left a meeting to take my call, sure that something terrible was happening-- just so he could listen to the dramz, and he agreed it was worth the interruption.

He calmed down (under threats to turn off his movie), and I hauled 3 loads of laundry upstairs, thinking the crisis had been averted. Just as I was folding the first dish towel, Jack happily tearing books off the bookshelf next to me, Harry came pounding up the stairs screaming.

He took it upon himself to see to his own toilet, and he sprayed the downstairs powder room really impressively-- the hand towels were wet. The tissue box was wet. The roll of toilet paper was soaked through.

I mopped up the mess while keeping half an ear trained on the thumps Harry and Jack were making upstairs. I finished wringing out piss-soaked towels about the time Harry decided he HAD TO HAVE MORE TEDDY GRAHAMS RIGHT NOW and did not like it when I told him we were out.

If you think the chocolate cats from Trader Joe's are a good substitute for Teddy Grahams, you are a stupid effing idiot.

Three minutes later, he was falling apart because he needed a cup of mini marshmallows -- NEEDED IT--and didn't care when we were eating dinner.

Then Jack-- he of the heinous diaper rash and the intense hatred for grooming of any kind-- crapped his pants and had to be wrestled into a fresh diaper.

Sometime during that ordeal, Harry misplaced his medium-sized Buzz Lightyear doll (not to be confused with his small Buzz Lightyear doll or his big one whose mission log doesn't open and who is a constant source of disappointment for this reason) and when I went into the toy closet to see why Harry was keening, I wasn't surprised to see Buzz gone since every toy Harry and Jack own was ripped off its hook, scooped off its shelf, or dumped out of its bucket.

From the time I got home until Ben rescued me, I only had the wherewithal and free hands to tweet like 6 times. It was that bad, people. I was cut off from teh interwebs for goodness sake.

I thumbed Ben some franticly incoherent text messages, and when he got home amid delightedly angelic cries of "Dada!", all I could say was "I will NOT be the first responder every night. It's like freaking triage when you walk in the door. We need to coordinate our schedules, damn it! DON'T LEAVE ME ALONE WITH THEM AGAIN!"

Gosh! I am exhausted just writing that. I need a drink. Thank goodness for the bottle of organic, sulfite-free red on top of the fridge because even yippies get the blues.

Caution: Children pictured on this blog may be crabbier than they appear 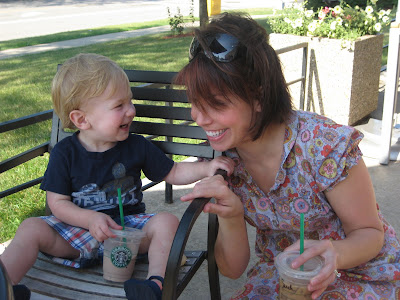 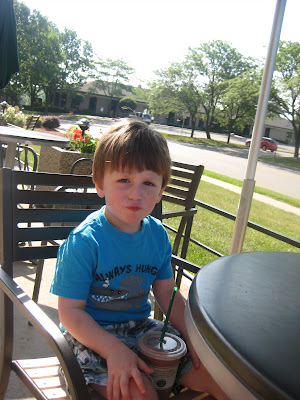 Sister, I feel your pain. And damn, you say it with such flair! I would have drunk the wine BEFORE Ben arrived home. But that's just me.

Oh my gosh I HATE those days! They're even worse when they look good in summary (the first part of your post) but you feel like a frazzled shrew at the end of the day and you can't figure out why. Been there. Enjoy the red.

Love the part about you calling Ben because of the funny tantrum. I could so see myself doing that. Sometimes you just have to laugh at them.

quite like my afternoon, which I have to admit, was mostly based on mommy being a crab (hormonal anyone?). here's to tomorrow being better - or there being another bottle of red! :)

I had a day like that today; I know, only with one, but he did his best to seem like at least two or three all on his own. It's not pretty.

hope the wine was tasty.

Great writing Sarah! I'm glad I've got someone to vent to when these days pop up. Hope tomorrow's better.

Ugh. I hate the cranky child phase of the day. Normally I start praying the moment I get whiff of it that my husband is on his way home. Glad you survived yesterday though...

You guys were that way at Arsenic Hour a lot, too. But you certainly write about it well!