I'm stuck inside until my test results come back. Send toaster waffles and whole milk. Maybe some Dora DVDs. STAT. 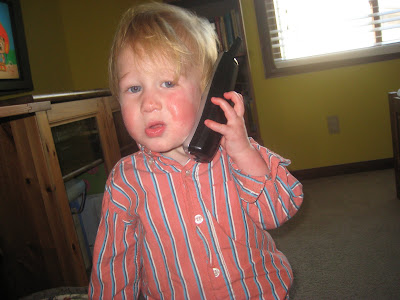 During last season's swine flu scare, I told Harry we couldn't play on the mall playground anymore because if he did, he'd get swine flu for sure. I sure do know how to effectively communicate with children, huh? He has shunned the play area every time we've gone to the mall, hanging tighter to my hand as we passed it and never once asking to go in.

When Ben got his nose fixed, though, sheer boredom, rainy weather, and a need to leave Ben the heck alone drove us to the nasty cesspool of a play area (after a nutritious and surely germ-free food court dinner). Harry gasped with horror, surprise, and excitement when I told him we were going to the indoor playground.

"Won't I get swine fwu?" he asked. I assured him he wouldn't. And it turns out he probably didn't.

The test takes 3 days, and he only just got swabbed on Saturday. When we were at urgent care for 2 freaking hours crammed in an exam room because we were a health risk in the waiting area. And no one would come in to see us without full haz-mat gear.

I'm going to put you on speakerphone, so I can gesticulate wildly. I said STAT. STAT! 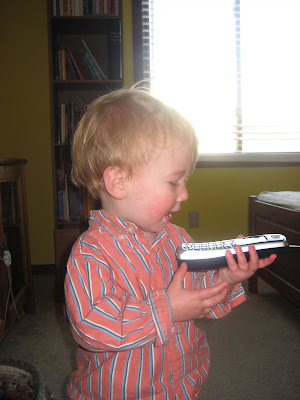 I don't know how I can be so happy with a fever either. Maybe I'm a psychopath. 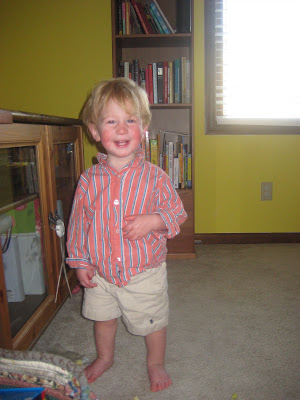 Two hours in an exam room? DUDE. I would have strangled myself with the blood pressure cuff.

Wes got The Plague during his three day stay at daycare. In other words I payed $60/day AND I am never going to sleep again. A bargain!

I hope Jack just has the crud, or plague, or what ever you want to call it so you can get out of quarantine ASAP! Hopefully it will stop raining so you can at least step outside!

I hope you get the test results back soon and that Jack gets to feeling better. What a little trooper to still smile despite feeling yucky. When Fumin gets even a little cold, he insists he has the plague, and he's not a happy camper. :o)

That is bravery right there, smiling through the pain.

And big HAHAs to Becca about the blood pressure cuff!

Hope everyone feels better soon. Just in time for Harry to develop his own symptoms. And then Mommy, right in time for the start of classes...because the world is not fair and that's how things go for the moms.

I am lovin the outfit, though. Even feeling terrible, Jackie dresses well.