I know; I know

Neglect, plain and simple. What can I say? Assistant directing a course with 30 TAs and 780 undergrads is harder than it looks. Good thing Welcome Week comes but once a semester.

I came home from work on Monday and told Ben, "I could never work a 9-to-5 job. It's so hard to work all day and then come home and do stuff around the house."

He started at me with his eyes open, in stunned silence. I heard him blink. I thought maybe he didn't understand me, so I pressed on with a simply brilliant, "I mean, can you imagine only seeing the kids for like 3 hours a day?"

His jaw sort of swung open, and if he were a cartoon, the top part of his head would have lifted up, and two puffs of steam would have come out of his ears, and there would have been an "Ah-woo-gah" noise in the background.

I love my husband. He works tirelessly at his job and then comes home to work tirelessly around our house. You should see him vacuum those stairs, and his laundry folding sills are unequaled. He is the one who gets up with Harry if Harry has a bad dream or is just AWAKE at 5 a.m., and his rendition of Green Eggs and Ham is like high art by now, honed carefully during 2 years of the cutest darn bedtime stories you ever heard.

Also, just the other day I was saying I could never be a full time SAHM. Now, I am telling you that a WOHM gig is not for me either.

Like my living saint of a husband, you are probably asking yourself What is it that you could do, princess?

Well, working 2 afternoons a week at a job that largely requires me to sit around and think about stuff suits me just fine. I also enjoy shopping. 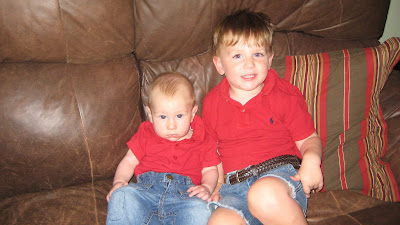 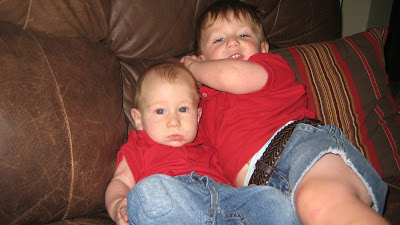 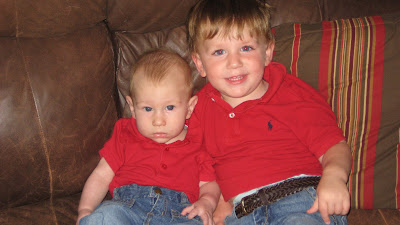 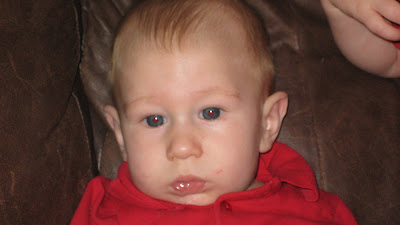 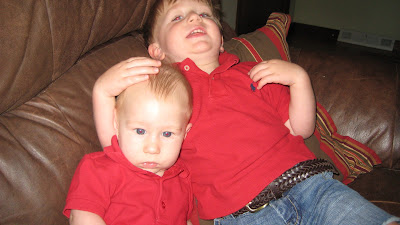 {Edited to Add: Since I am sitting here doing this while Ben is making dinner, I feel like I should also mention his culinary prowess. In a word: YUM.}
Posted by Sarah at 4:58 PM

Great husbands are the best!!! Ryan and I spent the day cleaning, painting, moving furniture, and hanging window treatments. Now he's giving a cranky, feverish Charlie a bath while I read blogs. I LOVE the pictures. Harry's belt is TOO MUCH.

Who knew Ben was domestic? I'm proud of him!