OOPS! I wrote this over a week ago, in anticipation of being really darn busy, and I forgot to publish it! 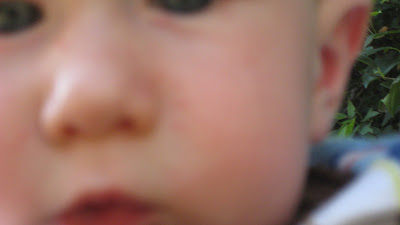 I mentioned the other day that we spent some time with my brother Jon-- and look, I have photographic evidence. Jon is finishing his law degree (woo-hoo-- we might both graduate in May. Well, I mean, we WILL both be graduating in May. I have just been at this so long, it's hard to comprehend that there's actually a light at the end of the tunnel!!) on the east coast, and we miss him.

(He does manage to visit more than Uncle Ben, with whom Harry is madly in love and who lives only 3 short hours away. Uncle Ben was invited to visit this same week, but he used his vacay from work and school to game. In my parents' basement. In, presumably, his underwear. Now he won't return my phone calls.)

We tried to tell Harry that Uncle Jon was present the night he was born-- Uncle Jon drove me to the hospital, in fact, since Ben was rushing back to town. But our telling got a bit garbled, and now Harry thinks that he was a baby in Uncle Jon's tummy.

Uncle Jon's tummy, by the way? A little too sensitive to have a toddler. He cold not handle Harry drinking the splash park water-- I admit, it was pretty gross when Harry laid on the cement and stuck his lips right on the spigot, but this is a kid who happily sticks his hands in his diaper when he's poopy and likes to eat lightening bugs.

We took Jack and tantrum Harry to see the sailboats and Ben's office. Lucky Jon. 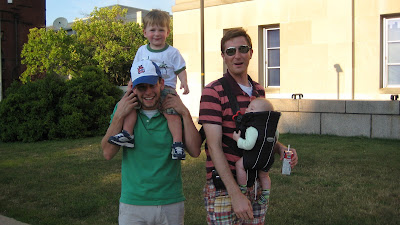 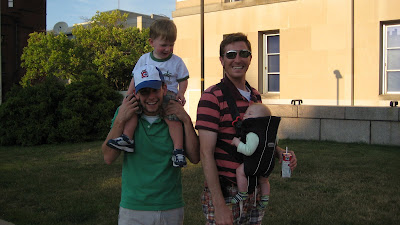 Jon got to see firsthand why we are loathe to use bubbles. Here's Harry sucking down some soap 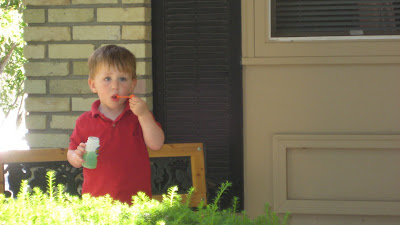 Here's Jon explaining for the 642nd time that you BLOW the bubbles; you don't SUCK them. Well, maybe YOU don't suck them, but that's exactly what Harry does. Then he burps suds. I am sure that's totally healthy and contains no dangerous chemicals. 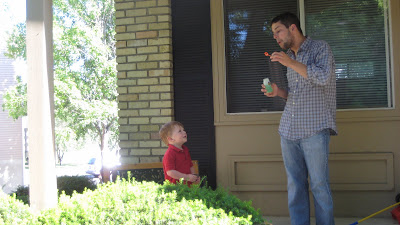 Cool. JOn noticed that the bushes and trees in front of our house are lined with a neat row of poison ivy. That makes getting Harry's wayward ball a bit more complicated. 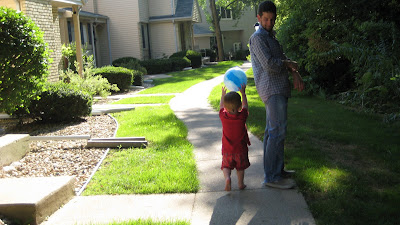 I have no idea what the hell jack was looking at. 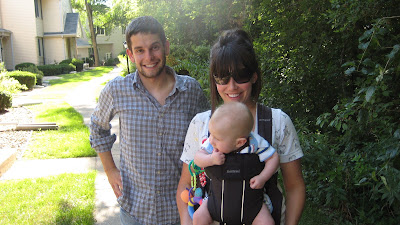 Harry cared not that this fire hydrant was been a favorite bathroom spot for all the dog in our neighborhood. He did, however, notice the resemblance between the hydrant and himself. 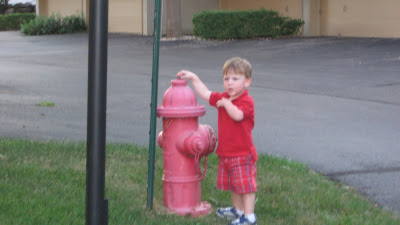 Saying bye to Uncle Jon. Harry refused to believe that not only does Jon actually live by the Statue of Liberty, he also came to our house on an airplane. That's the stuff fantasies are made of. 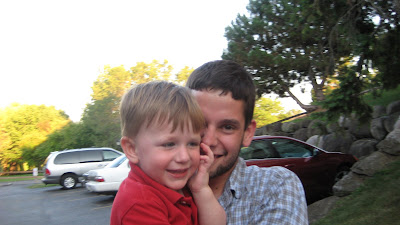 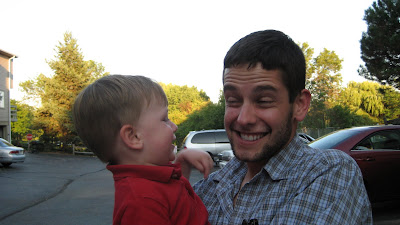 Aww, fun visit!!! We have a sprinkler park water drinking kid too. Until this one time he got a wicked case of diarhea. And then I found out his whole class had it, so now we let him drink the water again because clearly all that chlorine made the water completely safe. Funny thing is? Charlie gets sick a LOT less than his two little friends with more vigilent mothers.

thankyou so much for the last two blog entries...they really brighten my day and after we get Grampa back on his feet, he's going to be thrilled too...Bomma