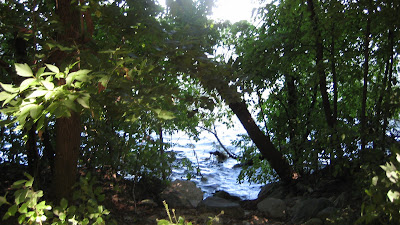 Ben took these during our last, lazy student-free walk through campus-- the last one until May, when they'll bolt from the dorms and their shabby chic apartments the second they've filled in the last Scantron bubbles and shoved the last papers under their TAs' office doors. 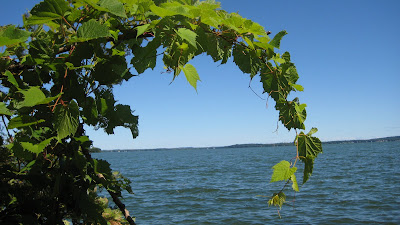 Don't let these peaceful lake views fool you. It's a mess around here during move-in week. Locals call it Hippie Christmas because of all the crap students leave on the curb-- sofas and loveseats, computer desks, beds, even computers-- because most of these kids are just playing poor, and their mommies and daddies supply them with new stuff each school year. There was an article in the paper yesterday about all the kids who camp out on the street this weekend-- most are without homes for 3 days between the end of one lease and the beginning of the next, so those who can't shack up with significant others or BFFs play like street people and use the power outlets on city lamp posts to plug in their flat screen TVs and Wiis. Ah yes. Now they know how the other half lives.

Meanwhile, nobody mentions or even makes eye contact with the real homeless people-- people like the men we saw washing their underwear in the lake and hanging it to dry on benches at the waterside park where we brunched today. Our real homeless population is only paper-worthy in the winter when they're freezing post-Christmas and every one's spirit is all used up.

Well. I'm a little cynical--I think I've really turned into a townie-- and a curmudgeon at that, complaining about the students and their wasteful ways like I lived here all my life. 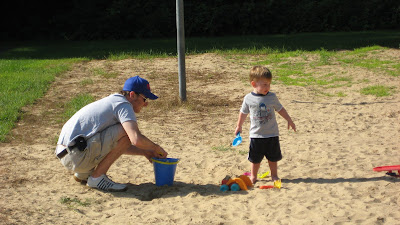 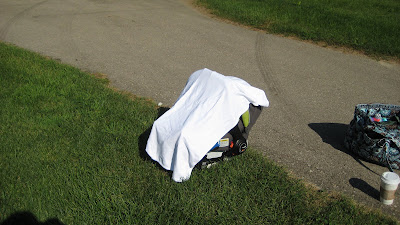 Mmmmmm, coffee. Speaking of-- the barista at Starbucks on campus asked Ben on Friday morning if he was up early to go dumpster diving. Time to reevaluate the old wardrobe, huh? 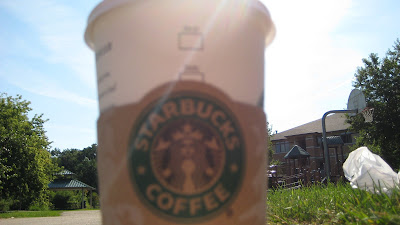 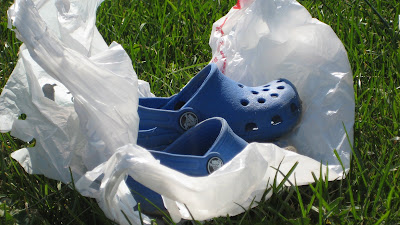 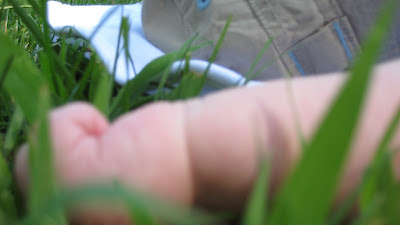 and we discovered that Jack would really rather not drink formula, but thanks very much for the offer. He'll put it in his mouth; he'll spit it all over his chin, and he'll even laugh as it wraps around his neck, filling his little rolls and wrinkles. But he won't drink it. 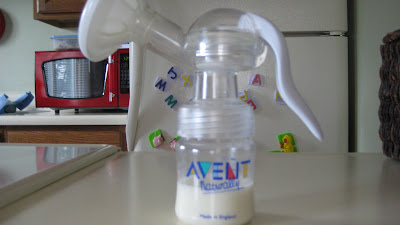 Oh! And here's Harry eating my butterscotch pie. And once he stole my dessert, he refused to share. 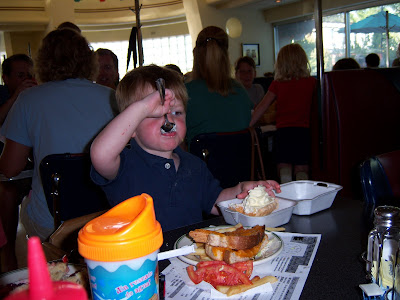 So I ate Jack. Sweet. 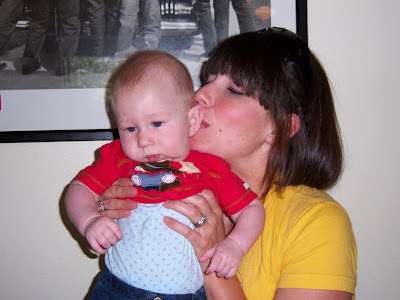 And I don't blame Harry for not sharing - it looked good!

Finally, do you think Jack would take a mix of formula and breastmilk? It might work and cut down on your "work."

Bah! Sorry about the pumping. I'll be right there with you soon enough. What's the matter with kids these days? I'm a little sad that I no longer live in a college town and don't get to almost get killed by a giant brand new SUV driven by an 18 year old every time I leave the house now. This is a special time of year.

It IS like Christmas. We got a new chair and a welcome mat.

You guys are so cute! And I still can't believe Jack is 4 months old. My goodness, you just had him! I remember reading the "did you pee yourself twice?" post like it was yesterday.

Oh, and yes, my new BFF is the Isis Uno as well. Lovely.