HOW can tiny baby Cooper be old enough for a hockey tournament?

Wasn't this him YESTERDAY? 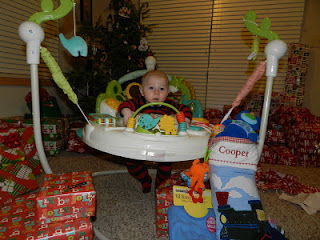 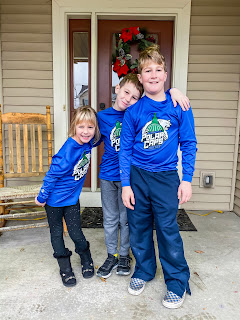 I have since moved that wreath inside because I didn't really like how it looked on the door, but you know what? I also don't like how it looks in the house.  Bah Humbug.

Coop's team won their first game in a shoot out, which was way more exciting than 8 year-old hockey has any business being. 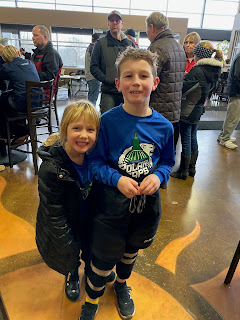 We had so much fun as a family having breakfast between games-- we literally NEVER have fun at restaurants. 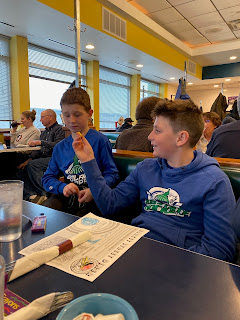 And! For just a brief moment in time, I stopped eating like a human trash can and remembered all of the things I learned on Whole30 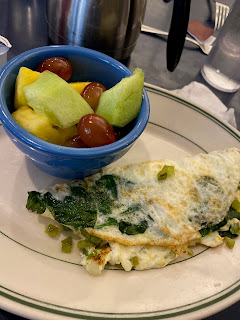 We even had fun between games.  I read a book.  Cooper horsed around with his team. Dorothy brought dolls and a doll house.  We all played Heads Up on my phone. We were wholesome AF. 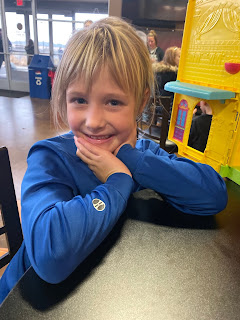 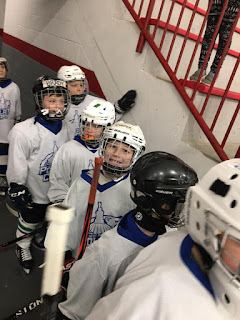 They ended up taking 4th and celebrated with baskets of fried food. 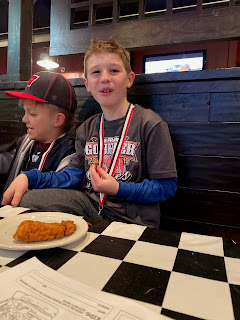 These guys were more than happy to tag along. 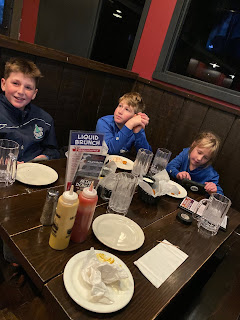