SANTA? WE KNOW HIM! 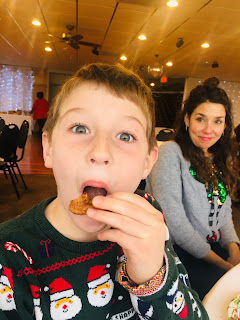 We took full advantage of Ben joining the Elks Club and attended their Santa breakfast on Saturday.  It was the BEST Santa breakfast we've been to.  Great food! Pretty view of the lake frozen mid-wave! And! The very best part! SANTA BROUGHT PRESENTS. 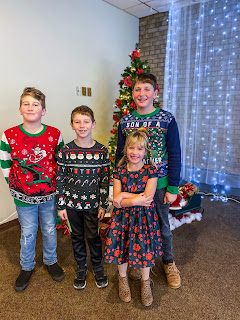 Dorothy was called toward the end, and you could really see her sweating it. Like, her internal monologue about being naught or nice was totally clear. 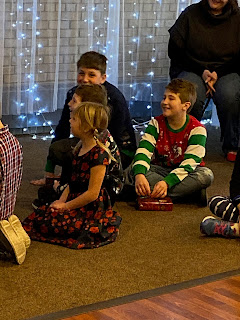 No worries, though!  She made the nice list.  THIS TIME. 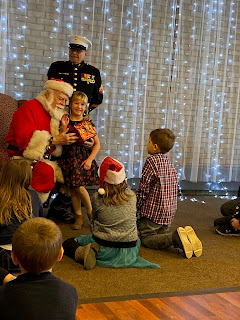 Amazingly, so did the boys: 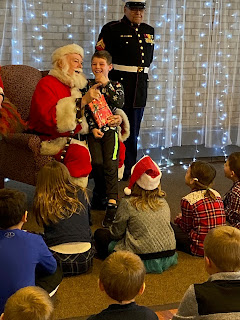 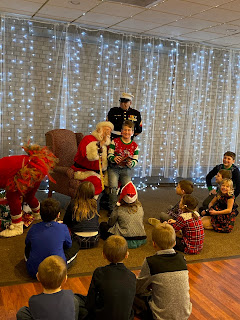 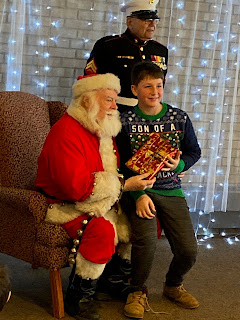 They could not even believe their luck.  These kids are no stranger to breakfast with Santa, but they've never gotten a gift before, let alone one from their lists. 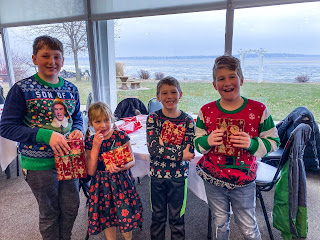 They were all thrilled.  Harry got a new phone case, which is good because now he will not be anticipating a phone on Christmas morning.  Jack got a Harry Potter Lego, his new passion.  Dorothy got an LOL Surprise doll, and Cooper got the new Dog Man book that he wanted to pre-order and couldn't possibly wait for Santa to bring him.  He read it in one hour. 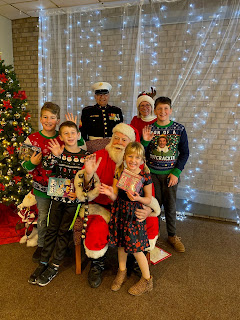 Christmas with little kids is the absolute best. I might have teared up a little when Santa was reading to the kids-- it was all just so darn jolly and sweet. 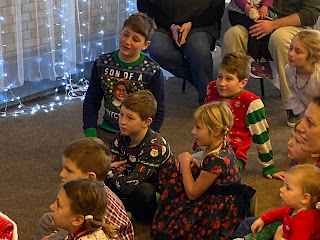 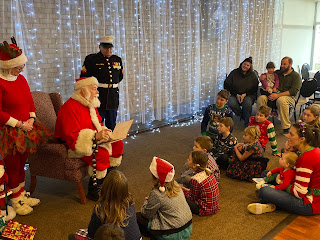 They are all getting so big so fast-- I love these little kid traditions so much.  Which is why my teenager is sitting on Santa's lap.

Just commenting now because I'm catching up on your blog. I was on maternity leave and didn't open my laptop for a marvelous 8 weeks (yes, this means that unfortunately I am back to that whole work thing). We have a Santa tradition that began back when I was maybe an infant and my sister a toddler (thirty some odd years ago). Our local VFW has a Santa program where a Santa (there are multiple) visits your house between 5 p.m. and 8 p.m. (no, you do not get a heads up, lol) and delivers a small gift (within specific height/length/width parameters) and a candy cane to each child. My ever charming 6 year old made sure to IMMEDIATELY tell Santa that his belt was on incorrectly (backwards) as soon as he walked through our door (after dropping his bells in the snow of course). I don't recall if Santa blamed it on the elves or Mrs. Clause...