It snowed on Halloween.  A lot.  So much that I worked all day with a Christmas playlist going.  So much that Dorothy could be persuaded to not wear her adorable unicorn costume that was too small to fit over a coat and too cute to be covered up with one.

Cooper, having a before-school romp: 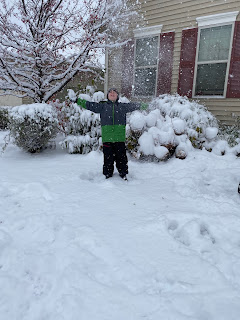 SO MUCH CANDY!  AND! In the spirit of food freedom, I ate the hell out of it for one perfect day.  But today, when I write thin on 11/1, candy is officially not something I eat until next year. 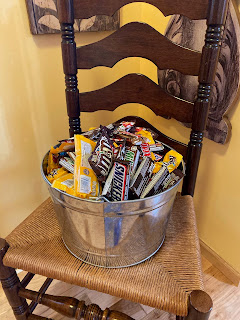 I found a long black cloak that Jack wore to be the scream guy and also Dumbledore and the long curly wig from his Dumbledore costume.  I had Dorothy google pictures of pretty witches while she ate her after school snack to get her in the mood, and then the two of us worked together to use colored hairspray leftover from elementary school crazy hair days and hair chalk to transform the wig into something she was excited about.  I also did her makeup to her specifications, which were super specific. 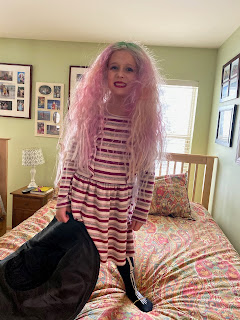 And VOILA!  Happy Gilmore (who took like 3 pictures and then went to a party), a rocket man (whose batteries ran out about 2 hours into the night), Cousin Eddie(who was out every minute of the 3-hour ToT window), and a cute little toasty witch (who absolutely covered those Target dollar spot tights with socks and snow pants) 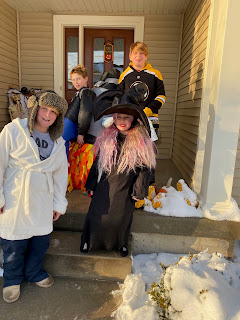 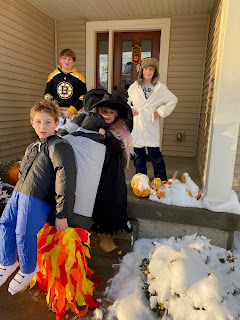 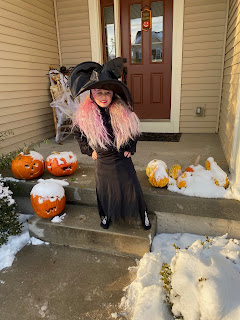 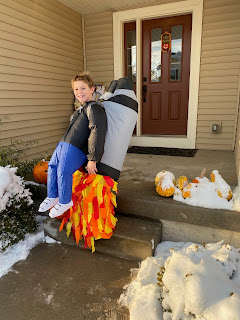 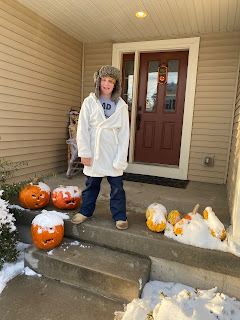 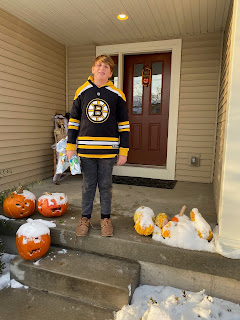 On the candy hunt! 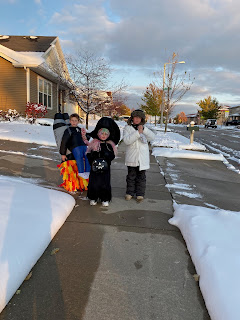 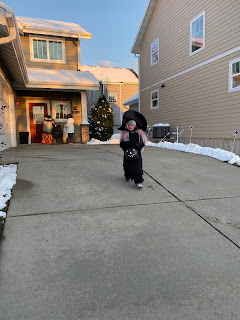 The best houses also have treats for grown ups 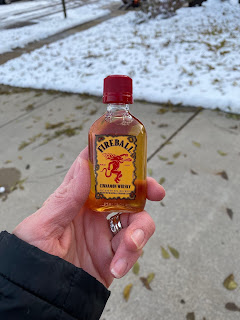 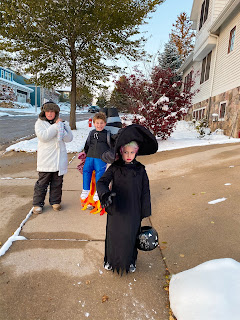 They started to get annoyed with the pictures 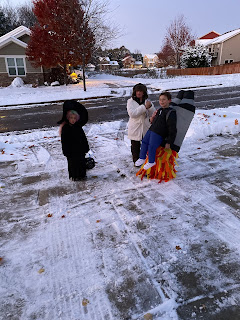 This creepy cutie joined us 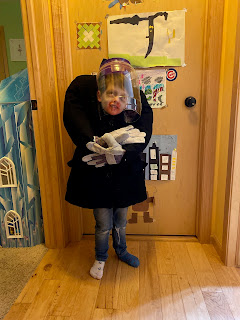 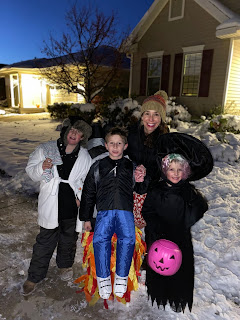 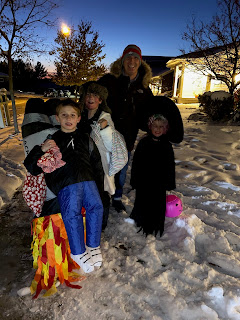 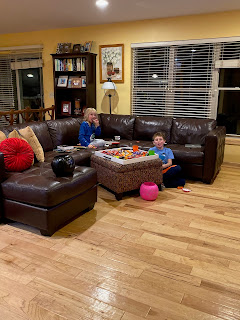 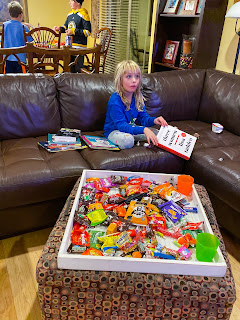 I love Halloween, and for the first time, I feel totally in control  about my own candy consumption, content to watch the kids binge their little hearts out while I eat my fancy medjool dates with almonds in the middle.
Posted by Sarah at 6:28 AM