Dorothy has declared every Friday HAIR CHALK FRIDAY.  This week, she did the front, and I did the back, and it's been 4 days and her bangs are still a little green. 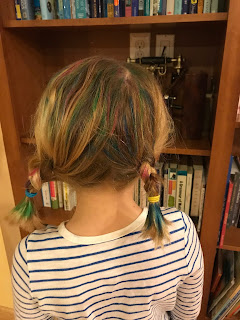 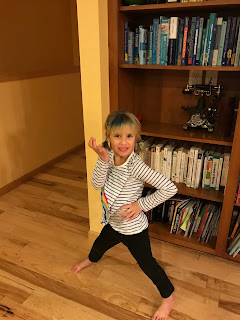 Jack had PJ day on Friday. 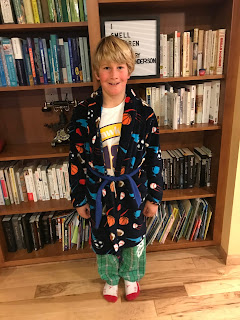 And it was, OF COURSE, movie night.  (Ben was at the gubernatorial debate, so the kids watched a terrible movie on HBO, and I read my book club book.) 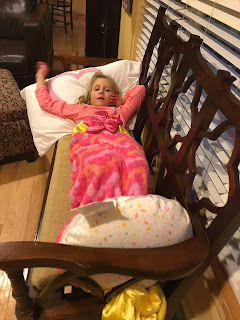 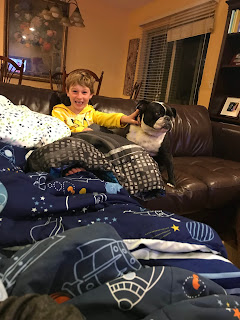 On Saturday, I took them to Papa Murphy's, which they completely loved because for some reason, they have never been to Papa Murphy's before.  And now I want to take them there every $10 Tuesday because the concept fascinated them, AND they loved the pizza. 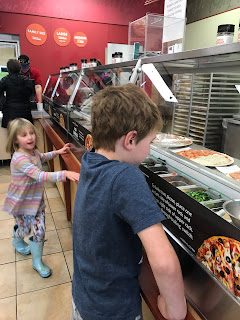 I got take n bake pizza in anticipation of a date night-- Ben and I were dying to go out for dive bar burgers-- but the kids were not leave-the-house material.  Harry just got home from a 3-day field trip.  Jack was sick of being the only big kid to entertain Cooper and Dorothy, who were both tired and crabby after a week of school and the excitement of movie night, etc. 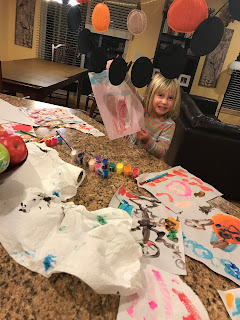 And a batch of salted caramel cookie bars, and we were back in business. 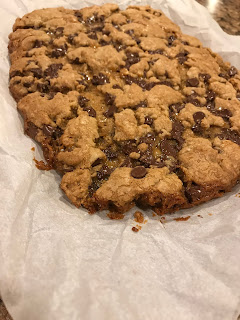 On Sunday, it was Cooper's turn to be on the ice/ 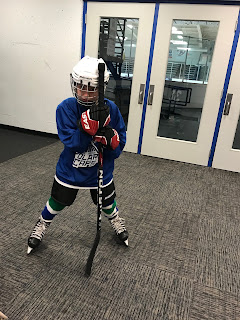 I also went through the cDonald's drive through for the three little kids (Harry and I had bagel sandwiches because McDonald's is gross). 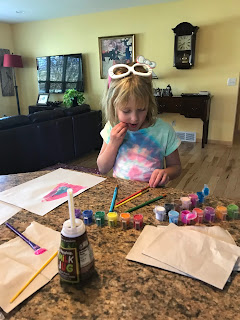 YOU GUYS.  Seriously.  So much paint. 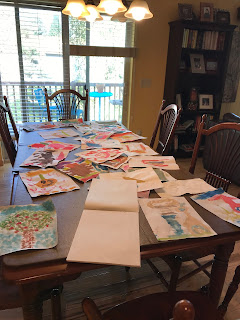 Look at those paint-fueled smiles! 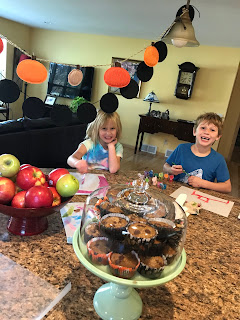 This is Jack ready for diving lessons. 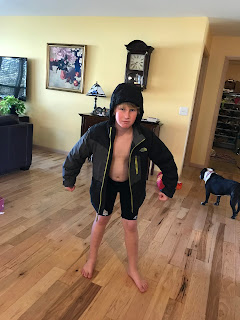 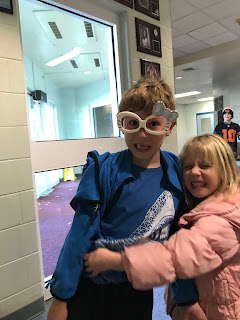 On the way to the library we stopped at a park so I could finish my scary book and the kids could join a game of hurl-crab-apples-at-random-kids that was already in progress.  A super nice police officer stopped by when he saw all the kids, hoping to play football with them, but no one had a football (which, I am pretty sure, was why they were throwing crabapples), so he gave them stickers instead. 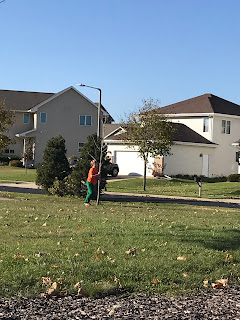 I ended my weekend with a yummy dinner out of book club, after starting it with a move date with another friend.  Talk about perfect.
Posted by Sarah at 6:00 AM