Jack's cub scout den is doing this darling little thing where each kid has to lead a meeting and teach something that will count toward the completion of their level (I realized typing this that I have no idea how to use BSA terminology, so I hope that makes sense).  Jack did cookies science, and it was darling.

We took Joanna Gaines' no-fail chocolate chip cookie recipe and split it in half.  One group used white sugar.  The other used brown sugar.  They hypothesized the results, were very serious about the process, and gobbled up all of the cookies after going outside to make Mentos explode in soda. 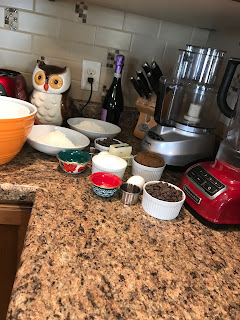 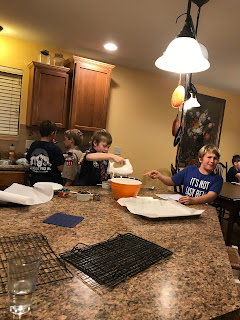 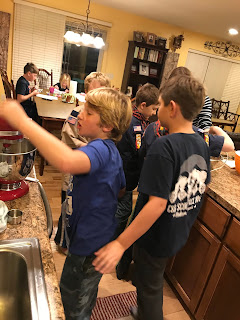 Cooper had hockey, so harry had Dorothy duty.  MOAR PAINTING. 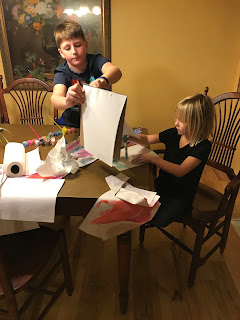 Finally she was so riled up that I gave her the rare treat of unsupervised SnapChat time on my phone.  Don;t worry.  Like me, she is just in it for the filters. 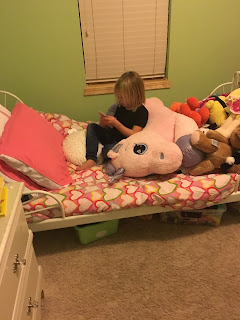