We survived it, and I feel like I need a button proclaiming that very sentiment.

I remember Cooper's 5th birthday party when I invited all of his tiny little 4K classmates to a giant trampoline park filled with big kids.  I thought THAT was stressful.  It turns out, compared to Dave and Busters, that was A WALK IN THE PARK.  A quiet walk, save the chirping birds.  On a sunny day.  With my best friend.

HOLY CATS was Dave and Busters scary from a parent perspective.  When Dorothy said she wanted to have her next party there, I almost burst into hysterical tears.  I am going to spend between now and March convincing her that she wants a HOME PARTY.  Gah.

Not that anyone asked, but here is my official party review:

1.  The kids had a wonderful time.  That's what 2 hours of unlimited video games will do for you.
2.  The food was amazingly kid-friendly.  We had giant platters of french fries, cheeseburgers, cheese pizzas, and chicken tenders.  Plus unlimited lemonade, Sprite, and water.  Plus a Pokemon cake.  I MEAN COME ON.  It's practically paradise.
3.  The staff was lovely and helpful and so, so, so accommodating.
4.  The place was super clean.
5.  No decorating required!  We just had to bring the cake and a camera!
6.  I did not have to get party favors because all of the kids bought garbage from the prize shop with their tickets.
7.  I only let Cooper invite 6 kids.  (Because a party for 10 kids at D&B is pretty damn expensive) And then one of the kids cancelled and I let Jack bring a friend instead and THANK GOODNESS because 5 kids was PLENTY of little kids to watch.  Which brings me to

1.  The tables for lunch were really far away from the games, which was awkward.
2.  The place started out empty, but by the end of the 2-hour party, it was crowded
3.  Seven is old enough for a drop-off party, but 7 ear-olds are pretty squirrelly.  And most of Cooper's friends are 6.
4.  It was really hard to keep tabs on all of the kids all of the time.  Ben took Cooper and 2 friends.  Jack and his friend watched a kid.  Harry watched a kid.  I kept an eye on Dorothy and a second-grade girl and also did laps, counting all of the kids every 10 minutes or so.  CONSTANT VIGILANCE.

I mean, besides the fact that we will probably all get the stomach flu any second from touching all the machines and also eating, the worst part about the whole party was that the whole place is a kidnapper's dream.  It would be SO EASY for a kid to go missing from the sprawling, dim arcade.  My heart was in my throat basically the whole party.  It took HOURS for me to unclench.

The kids LOVED this party.  But!  There is a reason that most parents avoid this place like the plague.  I think Harry's friends would love it.  I think if Jack wanted to take a couple of friends there for games and dinner before a sleepover, it would be awesome.  I think 7 is TOO LITTLE for a Dave and Buster's party-- because it nearly killed the 7 year-old's parents. 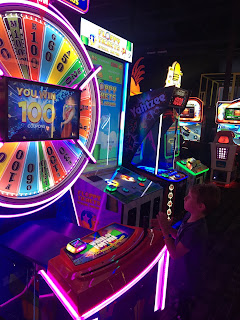 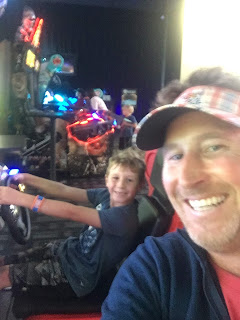 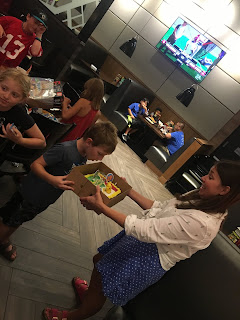 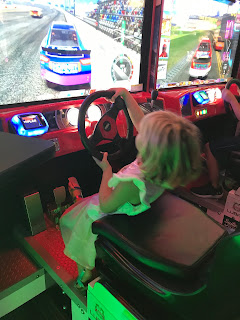 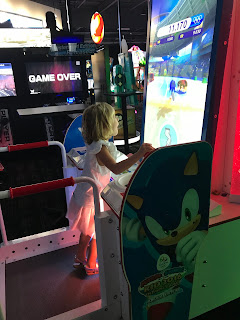 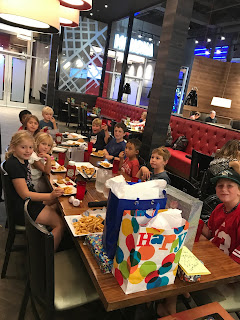 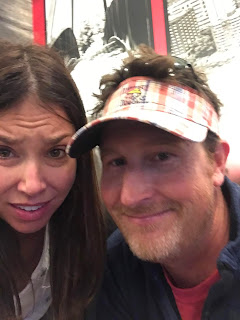 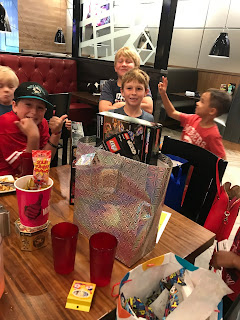 You are a better woman than me for even trying! Thank you for the review. I’m super sensitive to squirrelly kids + too many exits