You all know we are heading into 90 days where I only have pictures like this one: 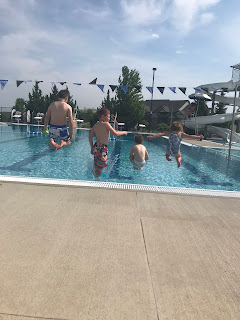 So I am glad to have a couple of non-water things to tell you about this week.

Ben and I were really excited that we were both home and could go o Cooper's class trip to a nature center.  When we woke up to rain the morning of the trip, we didn't think anything of it, figuring that the field trip would be mostly in the indoor classroom part of the nature center.  WRONG WRONG WRONG.

We pulled up the (beautiful, actually) place and saw all these dirty people in unisex Keens and ponchos and realized 1. I would NEVER EVER want to work at a nature center and 2.  The field trip was going to be OUTSIDE as planned.

I have never in my life wished for lightening as keenly (see what I did there) as I did at that moment. 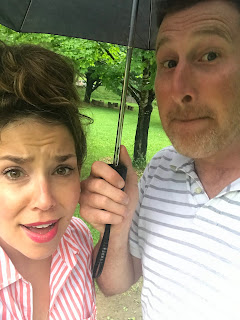 The kids actually LOVED it, probably even more with the rain.  I  was able to borrow bug spray after a swarm of mosquitoes came under my umbrella and bit the hell out of my face, and Cooper caught some cool stuff in his net exploring a water habitat.  We also saw a weird puppet show about habitats and checked out a forest. 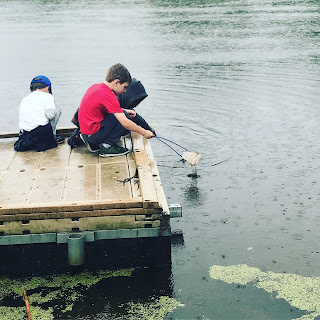 As the title of this post suggests, I also want to tell you about Dorothy's last day of preschool.  **sob**

On her penultimate day, I dropped her at school and went to the office to d all of the work I knew I wouldn't be able to do this week because she is home; Ben is away at a conference, and there are about 50 end-of-year activities for the kids.  Bah humbug, for sure.

We started with breakfast and our usual bed head. 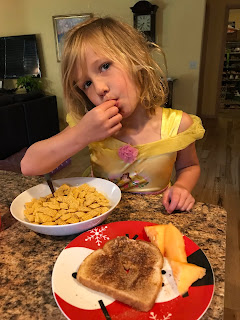 Then we had an insane morning of rushing around and ended up getting to school about 15-18 minutes late, which felt so right because that's basically how our days went for the last 3 years that she's been going to this place.  (And Cooper went for a year before she did ad OMG I will miss this sweet little school so much.  I was able to ignore all of my feelings when Cooper graduated last year because I still had Dorothy, and I was so excited to only have 1 kid there because Dorothy and Cooper were never quite on the same pick up/drop off schedule, so I lost 15 minutes on both ends of the day, and a half hour is a lot when you only have 3 hours of childcare to start.)

We took a picture outside the door. 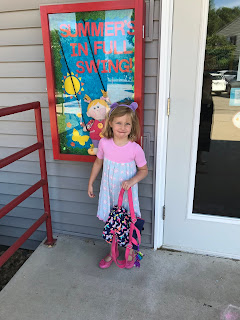 And then I took a picture of the gd door lock whose code I could remember just often enough to look askance at the dads who didn't know it, the same way I look at the dads who pretend like they don't know how to put their kid's ballet shoes on. 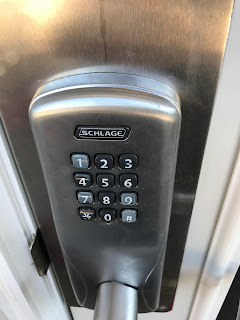 A picture in the vestibule. 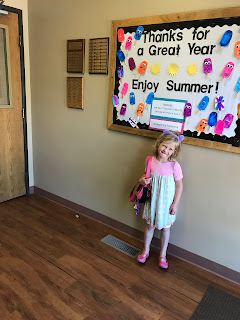 And the hallway leading to the classrooms, empty because everyone else either is a SAHM who has her shit together in ways I never will (95% of the population doing drop off) or a working dad too busy and important to even BE at school, let alone with enough time to LINGER (the remaining 5%). 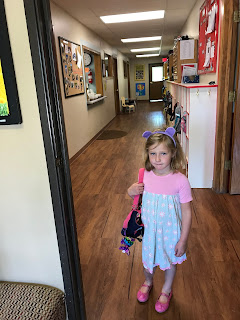 Her sweet little back pack hook and cubby. 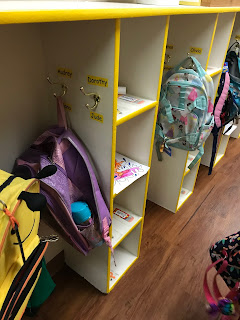 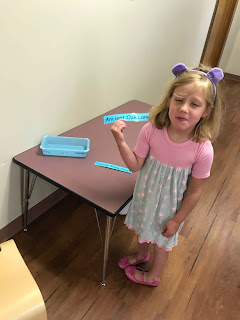 Dorothy figuring out where her card goes 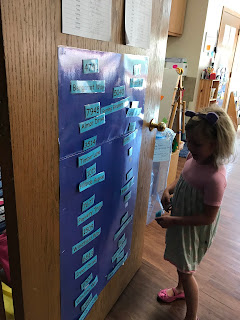 Washing her fat little hands in the tiny sink.  When she was first a student here in the 2 y/o room, she needed a stool to reach the tiny sink. 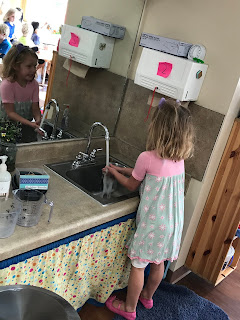 OH I AM GOING TO MISS PRESCHOOL.

Next year, though, it is going to be lovely to stay in my jammies and wave at my three big kids walking across the street together.  I have to remember that when I want to cry.  Which is a lot of the time. 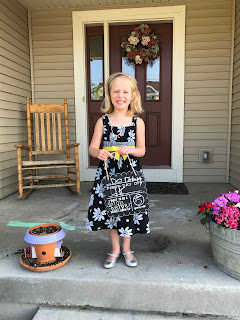 It is so funny to me that this is her go-to picture pose. 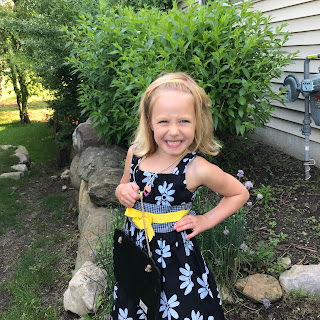 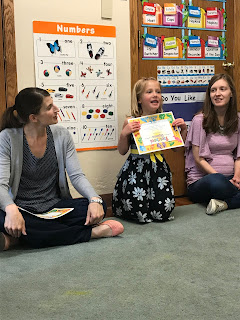 And because I feel nostalgic anyway, a little first day/ last day comparison: 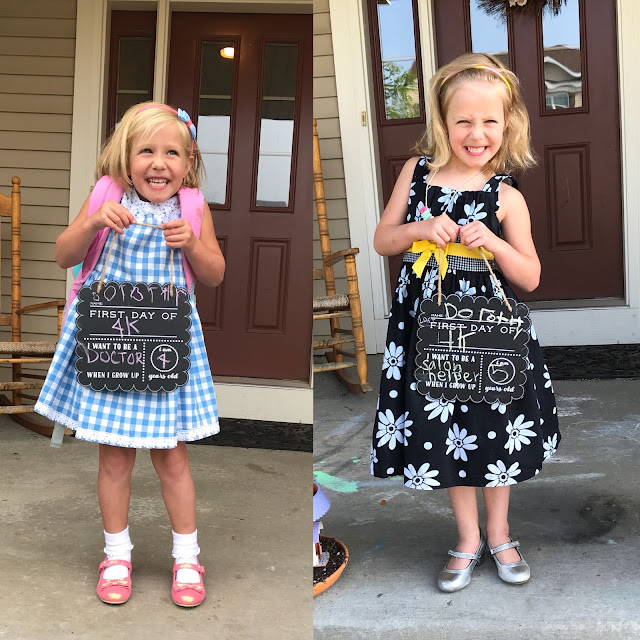 The days are long, but the yeas are short.  Has anyone ever said anything more true?  Not from where I'm sitting.  Which is the fetal.  Next to a half-drunk bottle of wine.  And a pile of snotty tissues.
Posted by Sarah at 9:00 AM