For Ben's 12th Father's Day, we decided to keep it chill.

So chill that he bought his own gas grill for camping and assembled it and also chose the seats for his baseball game "surprise."  He also saw his new pop socket last week because he opened it thinking it was for Harry.  So, boy was he excited to wake up on Sunday. 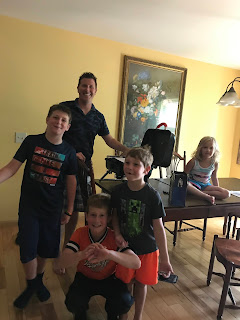 It was supposed to be 97 and sunny, but Ben?  Wanted to go for a Father's Day hike at a state park. Efffffffffffff.

Dorothy was ON IT: 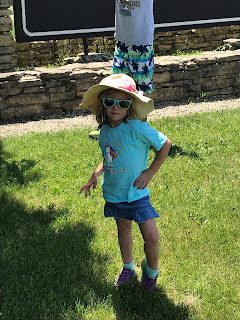 I love the retro vibe of this photo 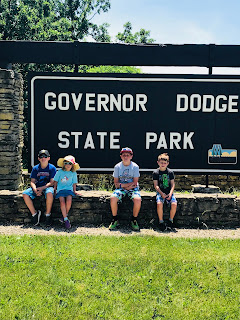 The new grill in its natural habitat 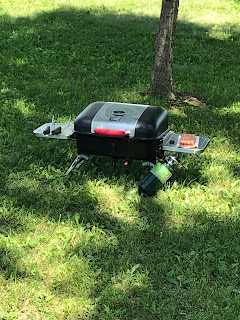 LUNCH!  You guys know how much I love eating outside. 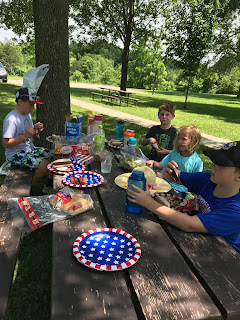 The intrepid explorer ready to hike to a waterfall 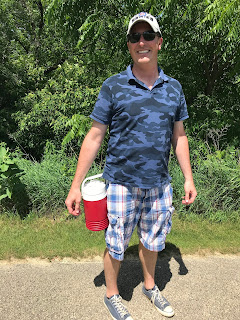 Lucky for all of us, it is a short and incredibly beautiful hike. 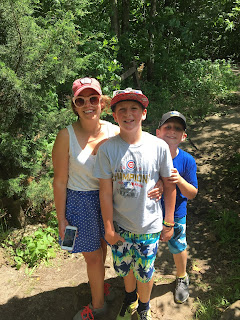 It was at least 15 degrees cooler by the water (which was FREEZING), and the sound was even more soothing than Beatrix's snoring 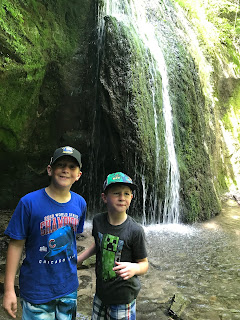 I waled around aimlessly and had many good ideas fro my novel, which, to be honest, has been in need of some good ideas. 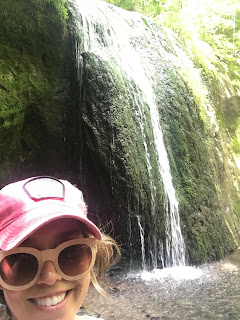 The kids picked their was across the rocks 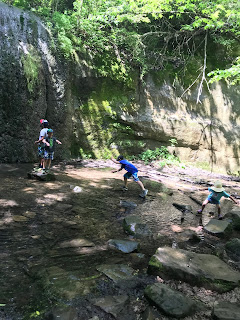 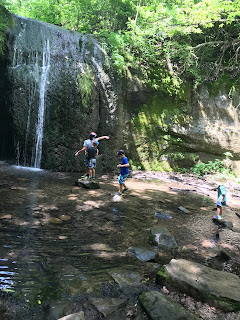 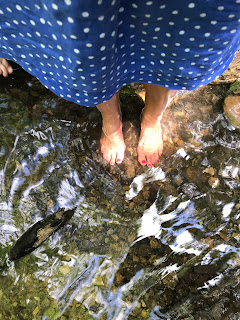 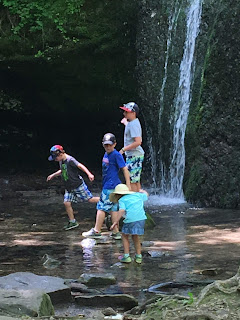 Dorothy posed because, I mean, of course. 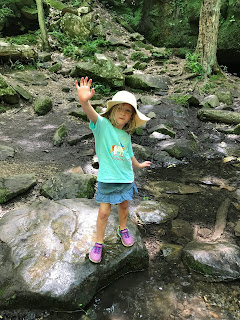 And then we went a little further on the trail because everything was so lush and green and perfect. 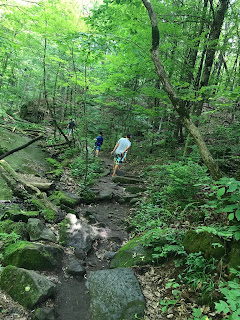 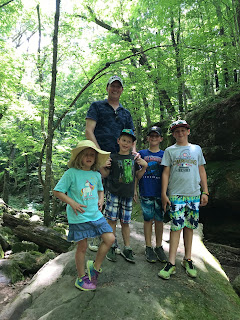 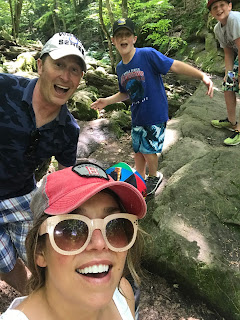 (Everyone was filthy, so we washed them at the pool).

Did you hike in a polka dot skirt? So retro!