Yesterday afternoon at Dorothy's Little Gym show, her teacher said that this was not a graduation or a completion and that the kids could of course sign up for more classes over the summer and in the fall.  Then the dance schedule for next fall came out, and I had a moment of total panic that we wouldn't be able to make the schedule work because it seems like all of the classes for the things she wants to do are on nights that I work and gaaaaaaah.  But.  I think we figured it out.  I KNOW YOU WERE WORRIED.

As you can see, she LOVES the Little Gym. 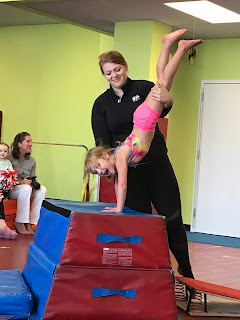 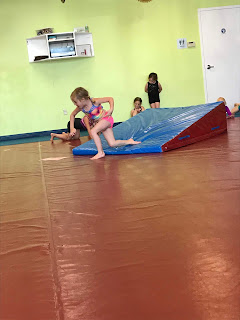 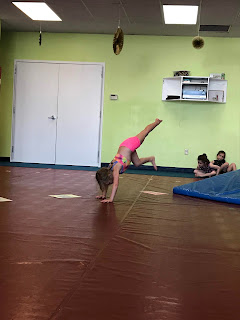 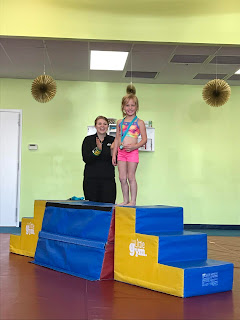 Probably the best thing I did yesterday (because let's face it, the majority of my day was spent hauling kids around from place to place and being juuuuuust a few minutes late everywhere) was give jack and Cooper the picture-taking duties at TLG.  I got gems like this one: 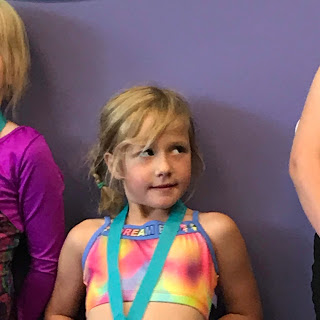 After the big show, we had to drive all the hell across town for track practice for Jack (Ben and Harry were at baseball), and Dorothy was WIPED. 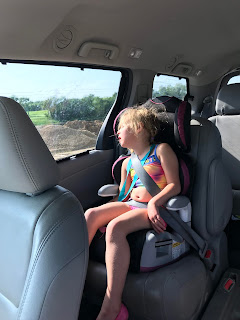 For the second time this week, I took the kids to Culvers for dinner (MOTY), and this time?  There was a bonus! balloon! artist! 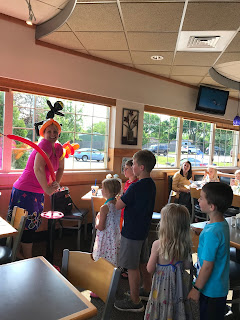 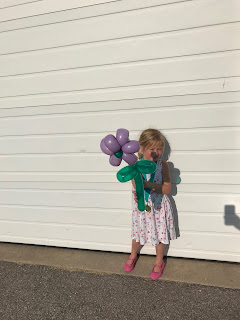 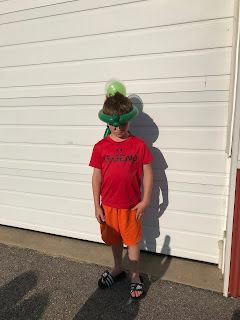 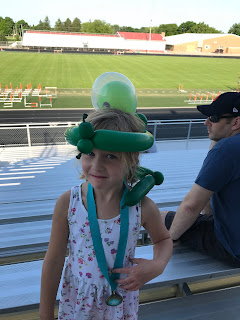 We have had a crazy killer week of a week, and it isn't even over.  As always, the end of the school year is making me feel 2 feelings (that's how Daniel Tiger describes ambivalence), and judging from the terrible behavior of the entire kindergarten class at their party yesterday, I am not the only one.  More on end-of-year festivities tomorrow.  I am off to run seven thousand errands before 10 am.  (but!  I wrote 1050 words before 7, so this day is winning so far)
Posted by Sarah at 7:40 AM