Look how cute and busy they were at breakfast this morning.  I bought H and J 3 workbooks each at Barnes and Noble last month, and Ben was really annoyed because we have a million workbooks with a few pages done (but not THESE), so we decided that the kids would do a couple of pages a day in each one, and they like to knock them out at breakfast.  It's cute. 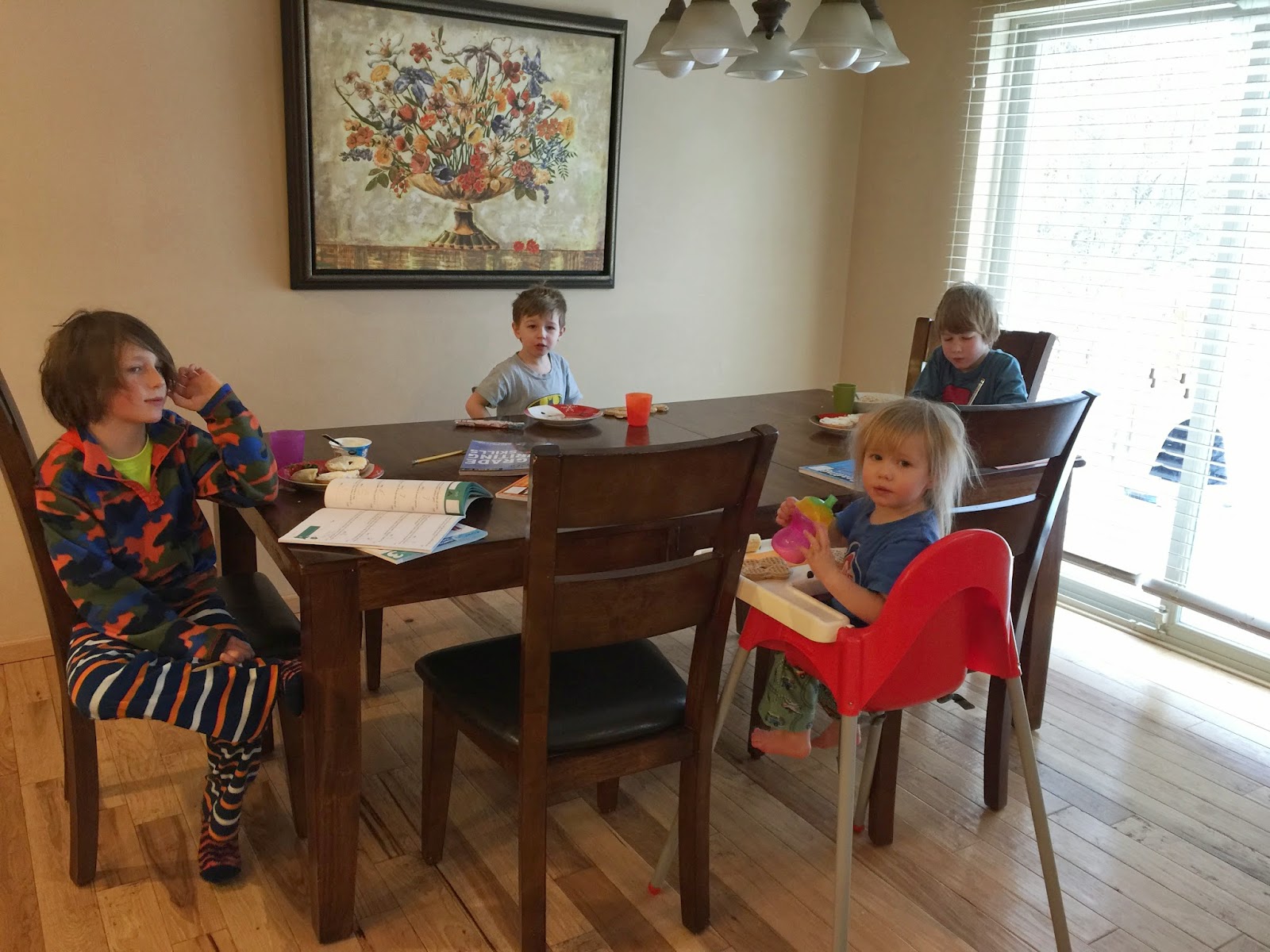 Jack came upstairs barefoot in his camo pants and polo, and I sent him downstairs for socks and a long sleeved shirt because it was a high of 7 today.  Joke was on me, though, because he crammed a sweatshirt under his polo and then had to tattoo his face because his arms were covered up, and all 3 boys were downstairs tattooing after breakfastl 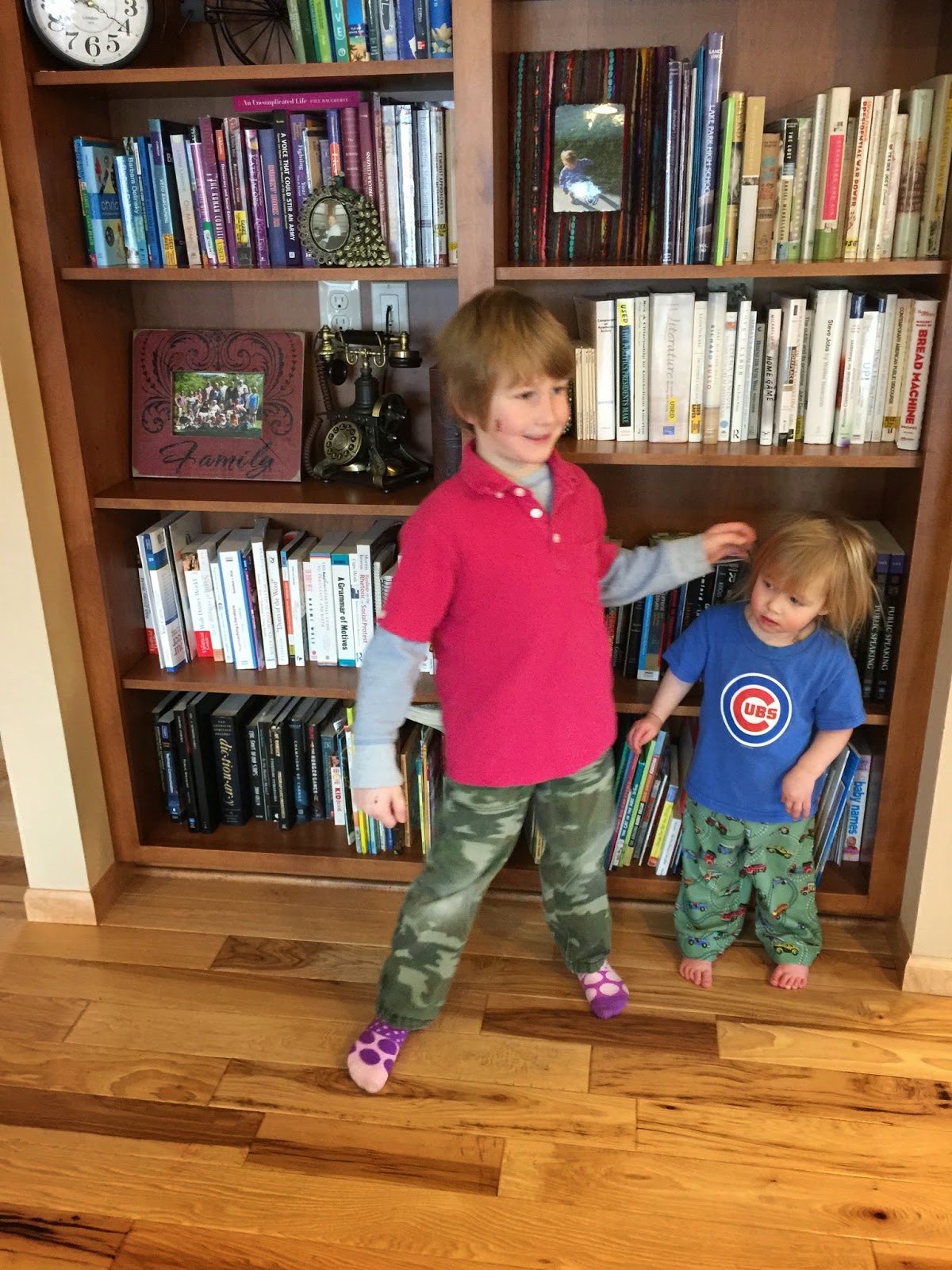 I will no longer edit his sartorial choices.  (But, I mean, he should wear socks in the Wisconsin winter). 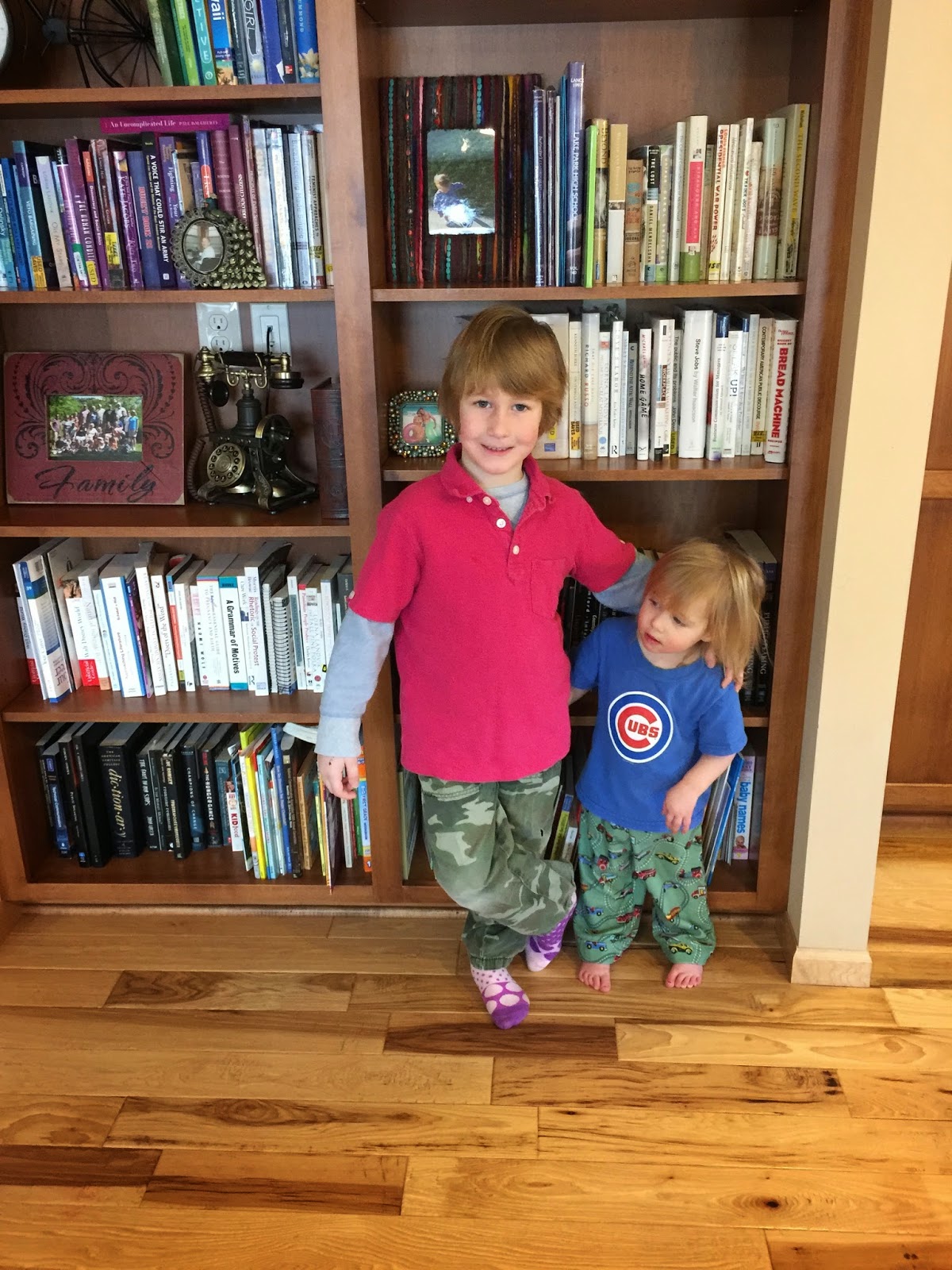 Harry needed a ponytail.  And he full-on dressed from his pajama drawer today.  I don;t think the Elf on the Shelf would have brought those pants on Christmas Eve had he known they'd show up all over town. 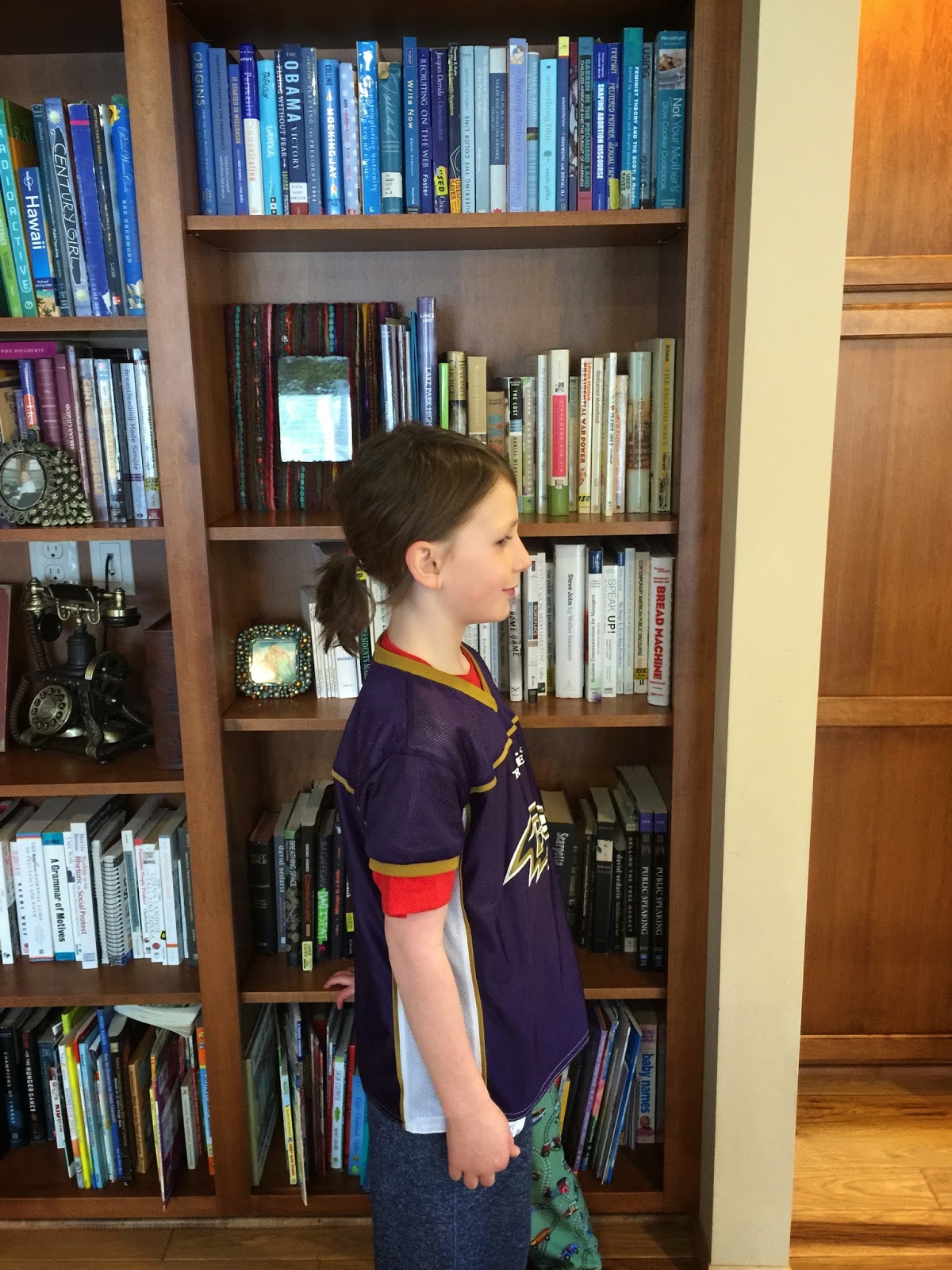 It was nice to see his sweet little face today. 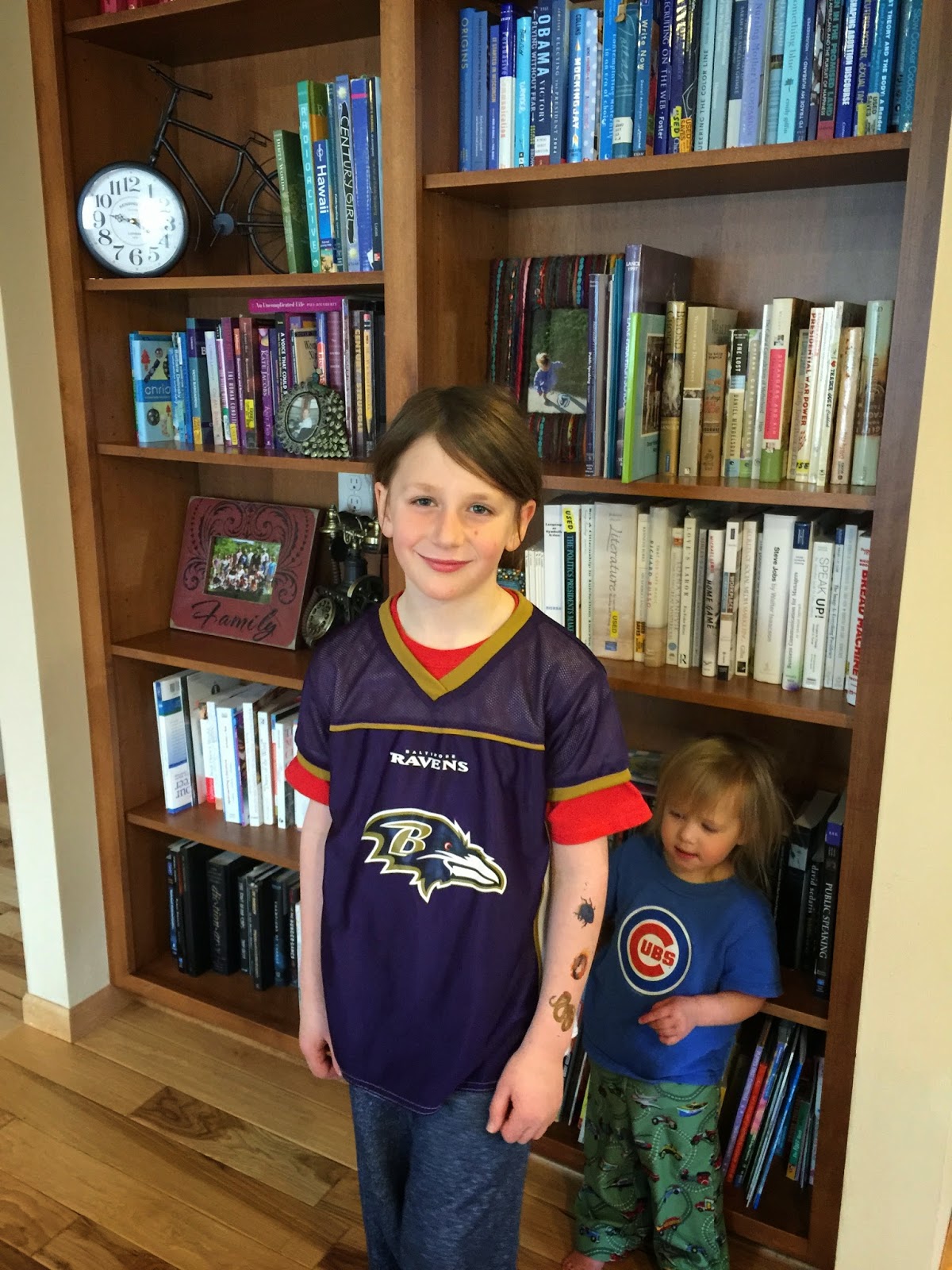 I think Jack knew I was slightly making fun of them with the bookshelf pics because he snapped this hilarious one of me as my littlest monkey was screaming feet and leading me to the laundry room to help her put on some random tennis shoes. 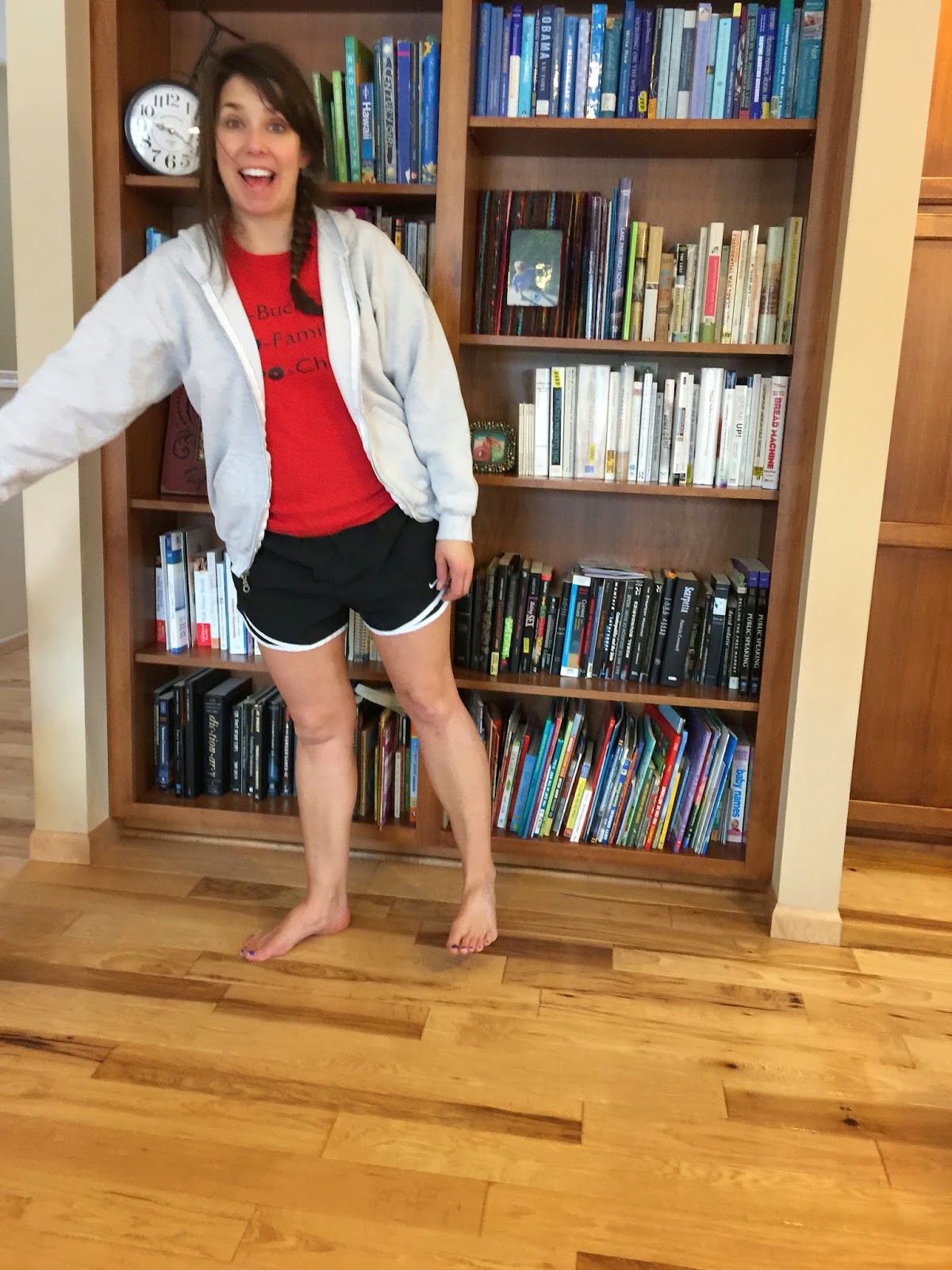 Coop got this one during his NOT NAP time when I was working on my newest feminist cross stitch. 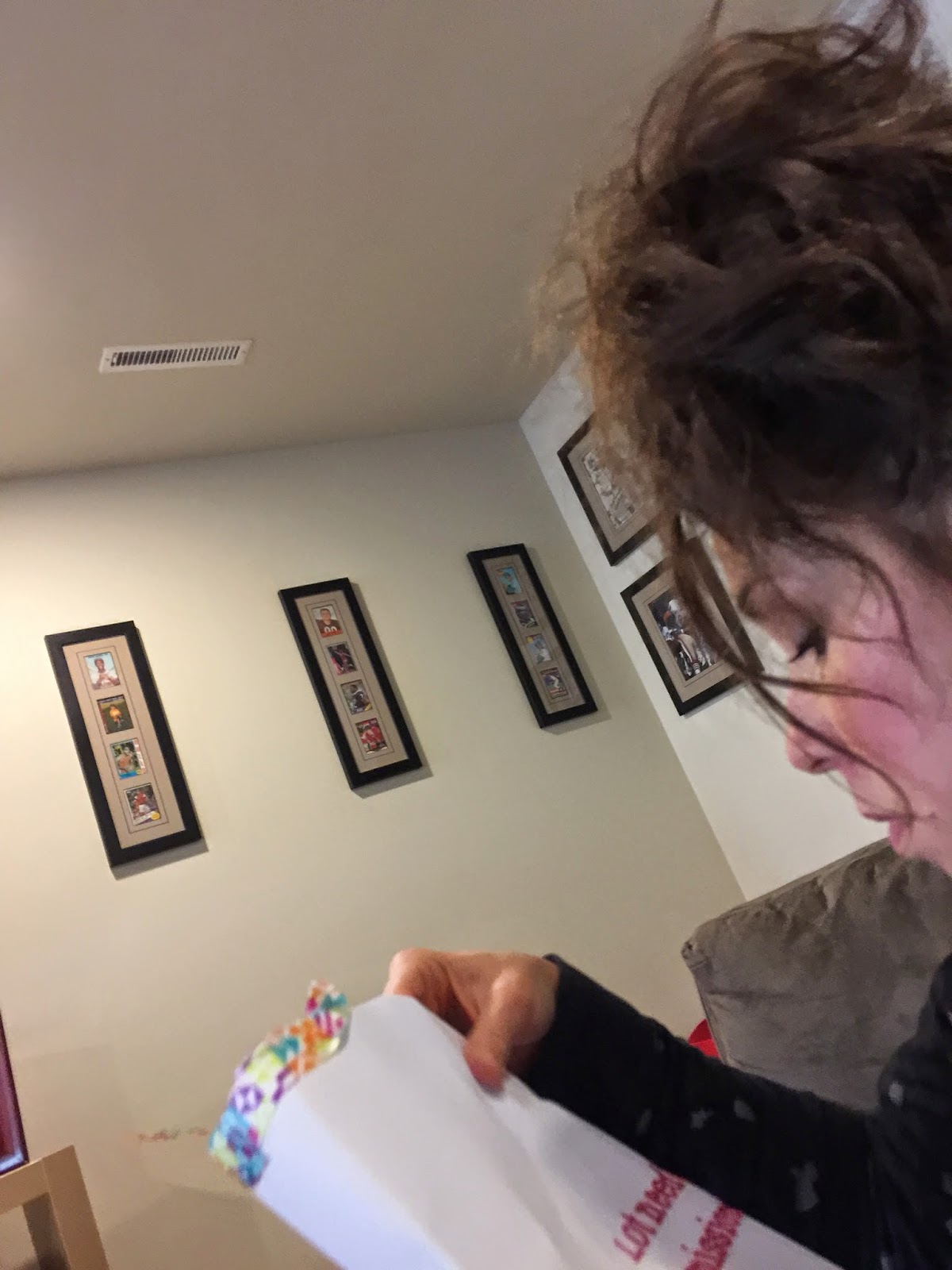 Coop watched Toy Story 2, or, as he called it "the one with the bad guy." 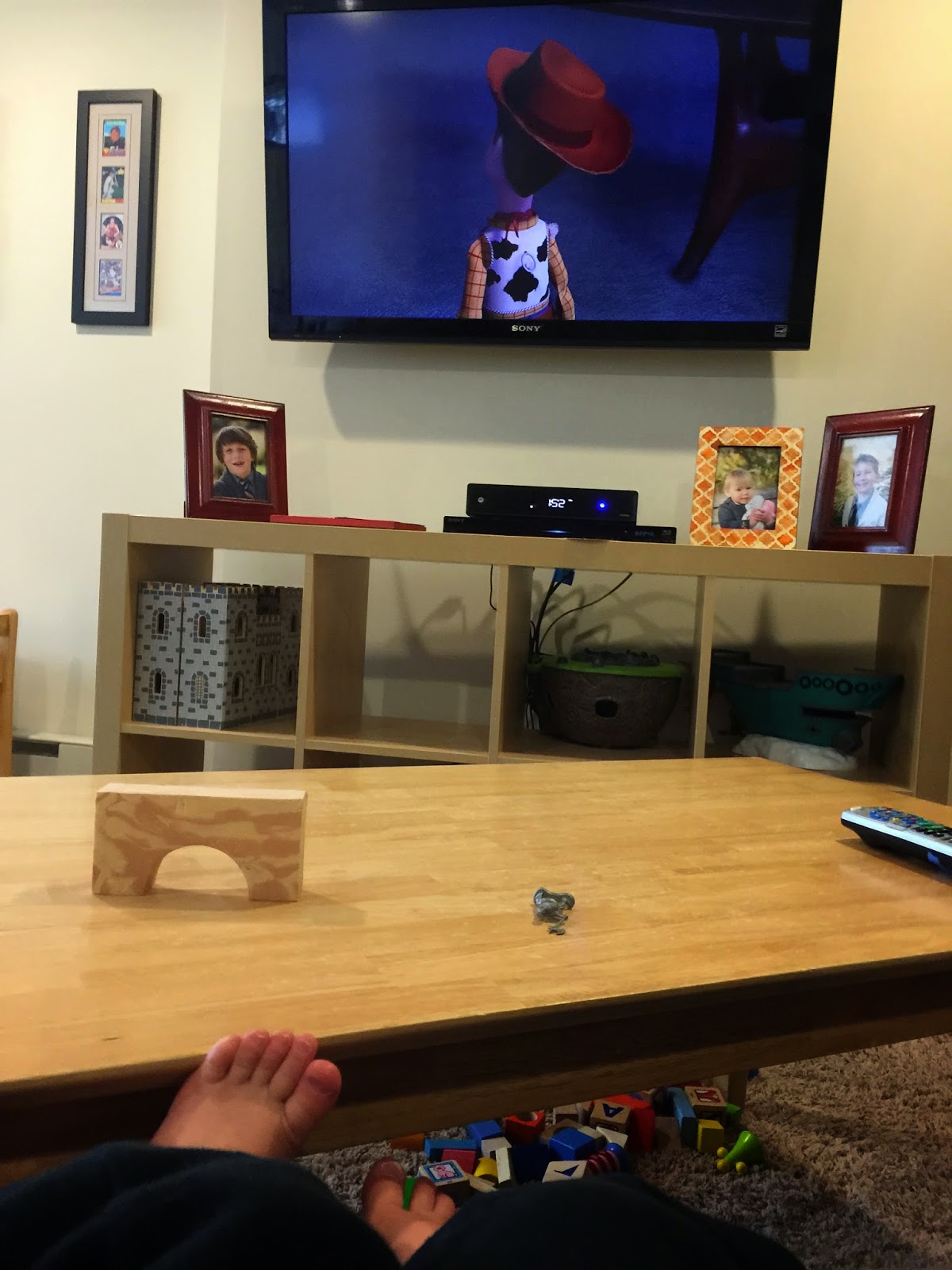 Dorothy is so adorable-- sometimes I pick her up and have to stop myself from actually eating her.  It's good that she's so irresistible because she is such a mess maker!  She's a tiny little hurricane all day long. 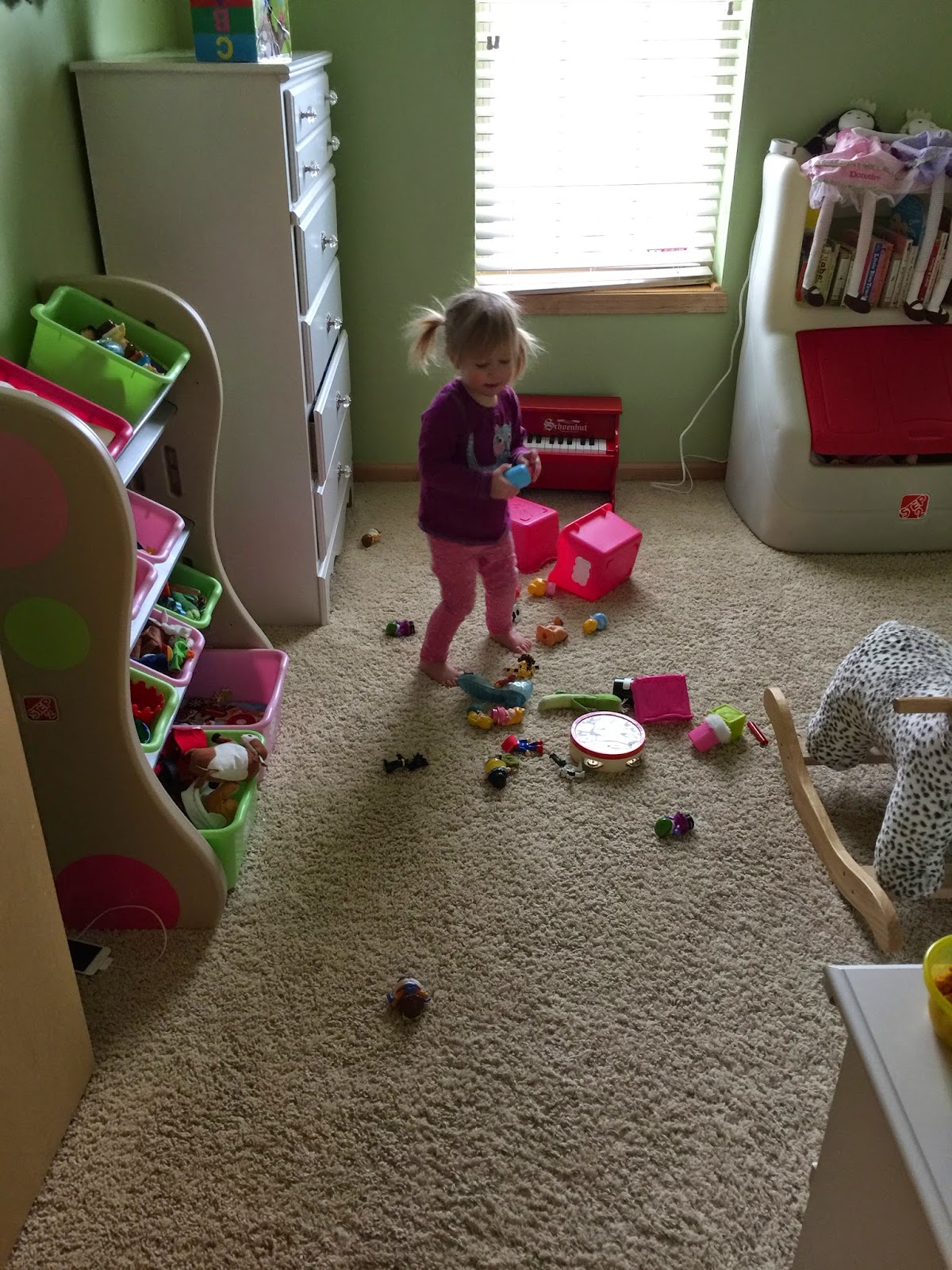 I packed these leftovers without using the little stainless container you're supposed to use for messy stuff, so tomorrow, look for pictures of Harry's wrecked bag.  IT'S SO EXCITING HERE. 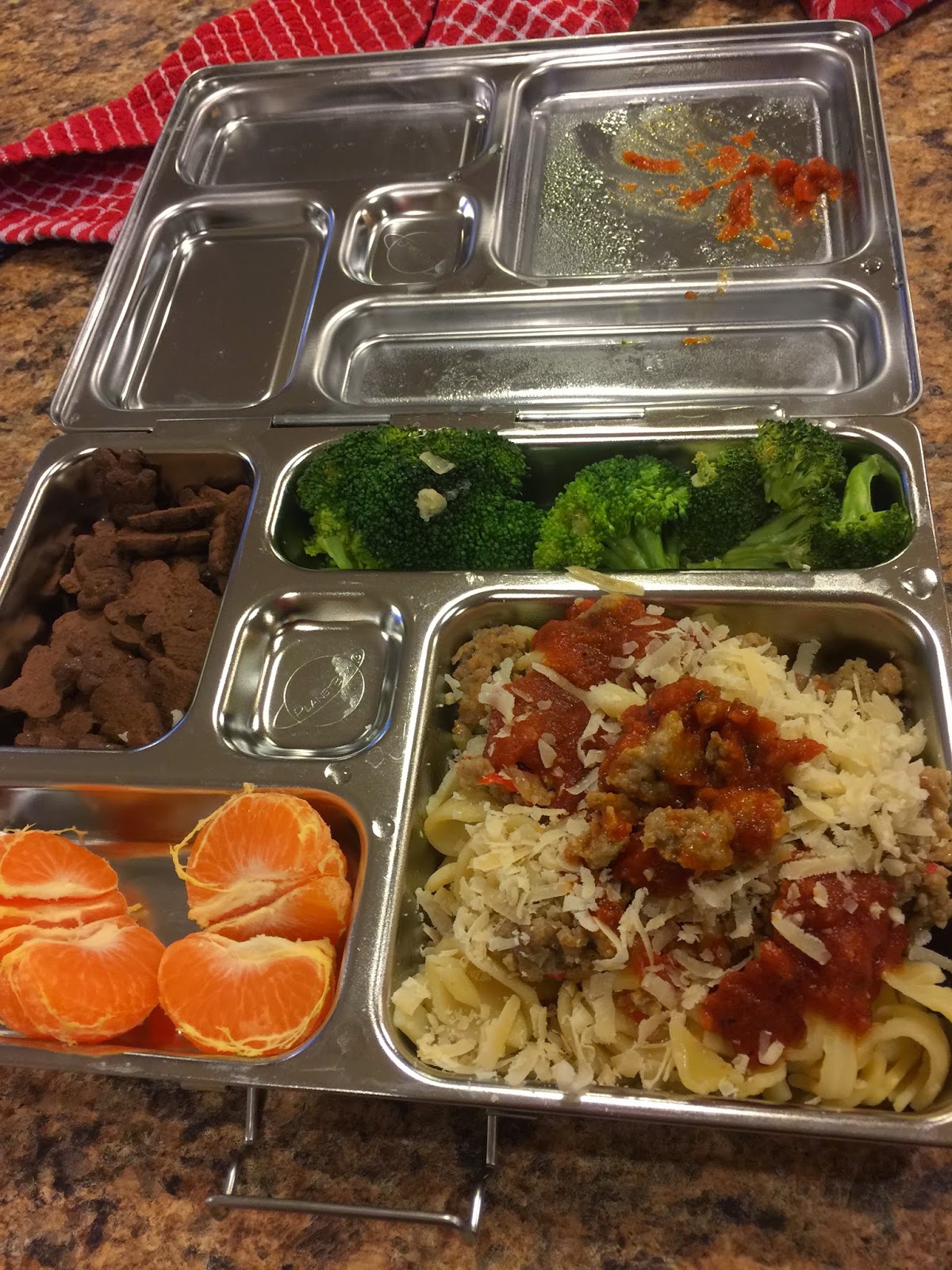 I am loving this kid-fashion series!! We have uniforms, womp womp. They can still rock the gray sweatshirt under a red polo look though!

Also, you might have finally motivated me to act on this weird needlework impulse I've been having for six months.

I think it's hilarious that you made Jack put on more clothes yet you are in shorts! Such a Mom.

Soon Harry will be able to rock a manbun.